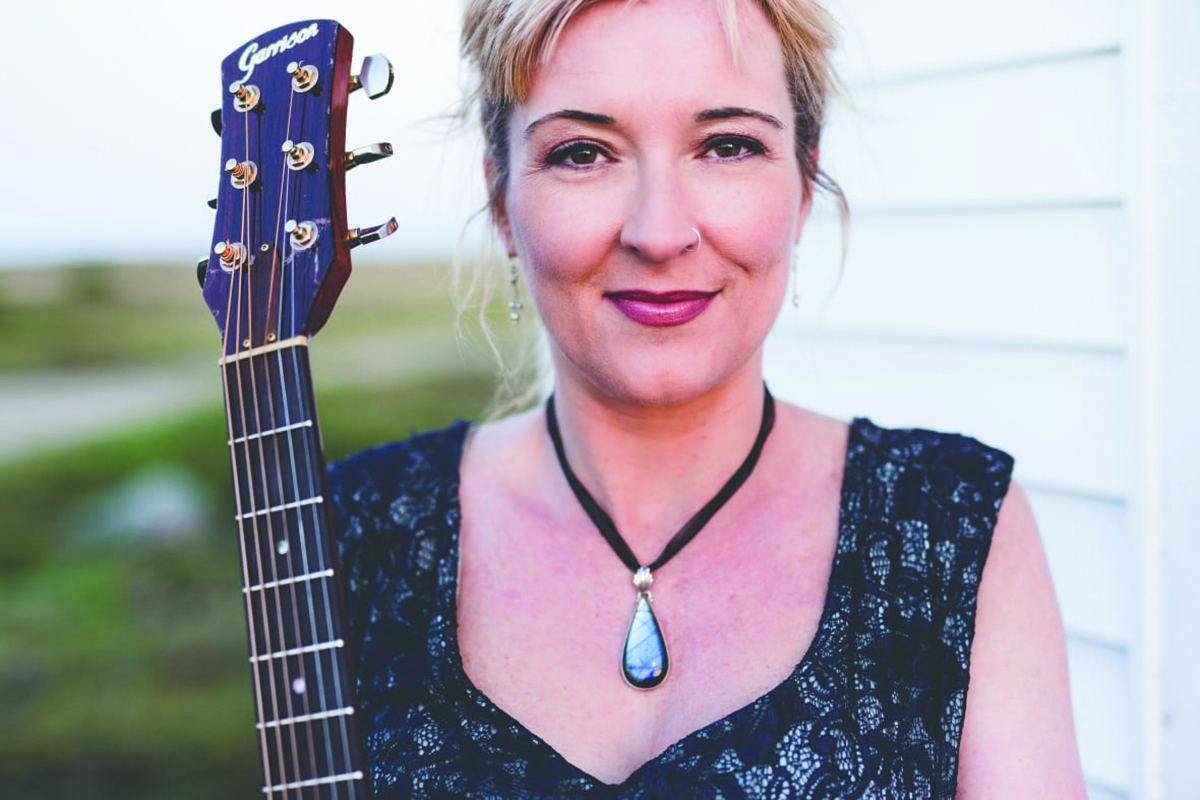 Fling out your Fleurdeliseé! Join the francophone community in St John’s for an event to celebrate the Feéte de Saint- Jean Baptiste, the national day of celebration of Queébec and francophone cultures across Canada.

On June 25, Spirit of Newfoundland will host a concert at the beautiful Masonic Theatre, with three of the top artists in the province singing in the language of love. The show will feature Adrian House, current finalist at the prestigious Gala de la Chanson de Caraquet, along with his fabulous House Band; Les Paumeés du Petit Matin, with dynamic Quebec Singer/ Songwriter Freédeéric Blouin and Frank Fusari on accordion; and Colleen Power, the first Newfoundlander to release an album of original French songs.

Freédeéric Blouin, originally from Queébec, says of the importance of Feéte de la Saint-Jean Baptiste, “This is indeed a special day. The francophone community in America is quite a minority, and therefore, for many, a bit unique and deserves to be embraced and celebrated. I’ve been to the Montreal and Quebec City festivals a few times and it was magical.”

What more reason do you need to celebrate francophone music and culture? There will be door prizes and a cash bar. It’s going to be a ‘feéte’ to remember!

Cover – $20 in advance at www.spiritofnewfoundland.com, $25 at the door All ages are welcome!

Adrian House is a bilingual artist from St. John’s. In 2021 he became the first Newfoundlander ever to reach the semi-finalsthe Gala de la Chanson de Caraquet. A 6 time Music NL Award nominee, Adrian won at the 2022 NL Arts & Letters Award for his song ‘Le Parapluie d’Elise,’ which he performed at the awards gala. Most recently, he was selected as a finalist at the Gala de la Chanson de Caraquet, N.B., where he will perform in July, 2022. Whether solo or with his band, his francophone influences – Brel, Brassens, Leloup – blend with those of Dylan, The Beatles, and Mitchell for a truly original sound. Let yourself be transported into the wonderful world of Adrian House & his fabulous House Band. For more: http://www.adrianhouse.com

Les Paumeés du Petit Matin are Freédeéric Blouin (vocal), and Frank Fusari (accordion) a duo celebrating French music. Frank is a member of the Newfoundland Symphony Orchestra and Spirit of Newfoundland in St John’s. A consummate performer, he has accompanied artists such as The Atlantic String Quartet, Duane Andrews, Opera on the Avalon, and countless others. Freédeéric is a singer-songwriter, originally from Queébec, who has been performing tributes of renowned French singer Jacques Brel across the country from BC to Newfoundland since 2018. A passionate and committed interpreter of Chanson Francais, Fred’s performances are electrifying.

Colleen Power is an award-winning, bilingual singer/songwriter and performer living in St. John’s, and a prolific and creative force in the Newfoundland and Labrador music scene. Always engaging, Colleen comfortably embraces diverse musical styles, with lyrics ranging from heartfelt to comedic, political to personal, often with strong Newfoundland content and themes. Colleen is host of the Bell Fibe TV mini-series “Sing Me Home”, and past commissioned songwriter for CBC Radio One NL. Her songs have been featured in several films and television series and on radio stations around the world. Colleen has been performing live regularly, both solo and with her band for nearly three decades. Her music is available at SingSongMusic.ca. For more: http://www.colleenpower.com

Tags: Colleen Power, Fling out your Fleurdelisé!, Spirit of Newfoundland