Gemma Hickey: In Their Own Words 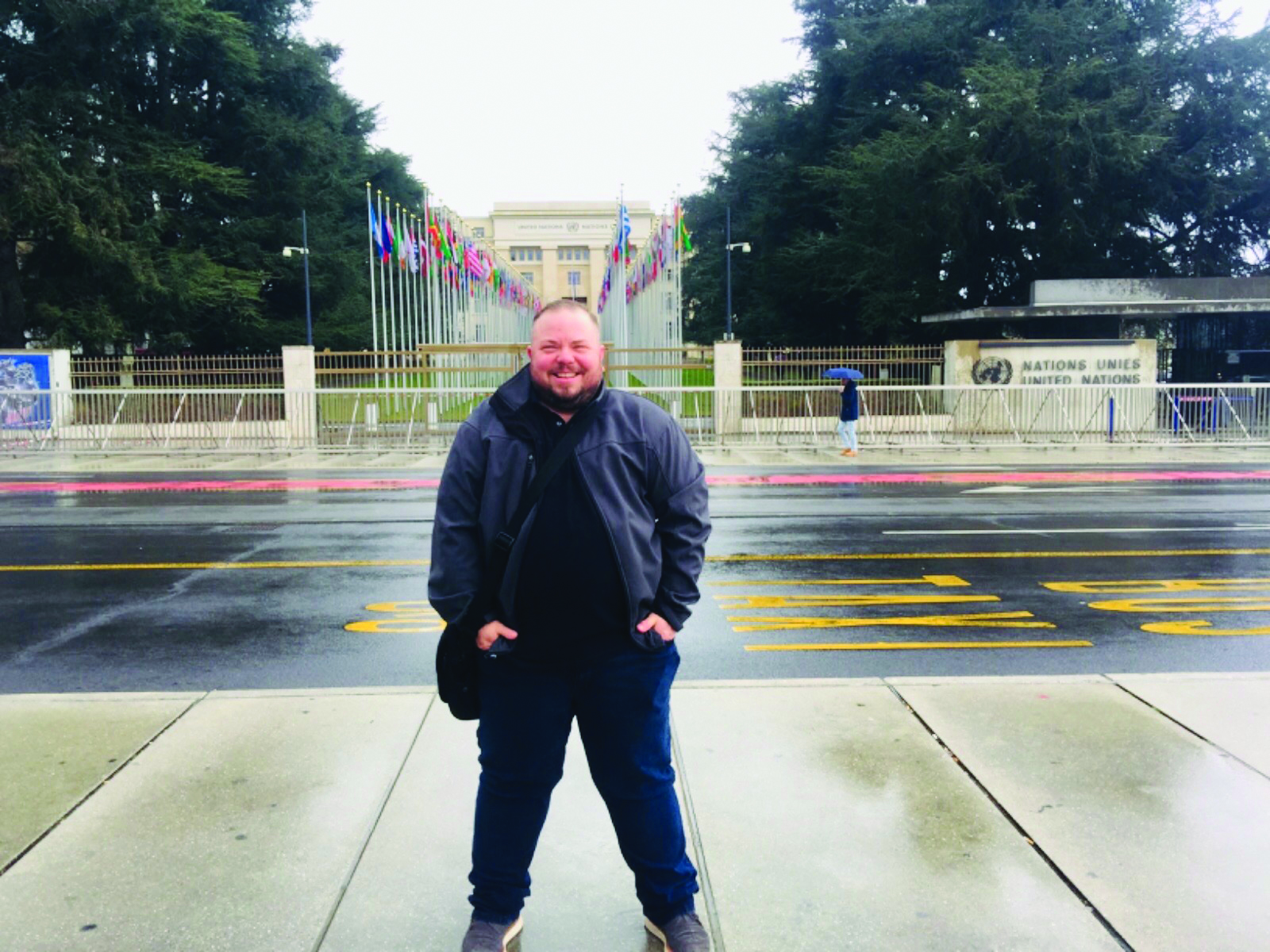 On November 29, 2021, Bill C-4, a bill to amend the criminal code making it illegal to practice conversion therapy in Canada, was tabled.

NL’s own Gemma Hickey was invited to Ottawa by the Minister of Justice to witness this pivotal moment in the House of Commons.

We sit down with Hickey to talk Pride and the advances made towards ending prejudice for those in the LGBTQQIP2SAA community.

How did it make you feel when you realized real change would be forthcoming?

I never thought I’d live to see this day. My life could’ve ended as a statistic. I attempted suicide as a teenager because I saw a conversion therapist and spent the start of my senior year of high school in hospital recovering. I spoke at the press conference following the tabling of the bill alongside Ministers David Lametti, Marci Ien, Randy Boissonnault, Pascale St-Onge, and Rob Oliphant MP and dedicated my speech to all the members of my community whose lives ended tragically by suicide.

Following the presser, I met with fellow Newfoundlander and Labradorian Minister Seamus O’Regan to celebrate.

What exactly is conversion therapy? Can you explain to those who don’t know?

It’s a pseudo-medical practice of attempting to change a person’s sexual orientation and gender identity to heterosexual or cisgender. Misleading marketing campaigns have promoted this view for years enabling countless vulnerable youth to be placed in harm’s way.

Efforts to restrict and ban the practice have recently gained momentum due to the hard work of survivors like myself, who have shared our stories in the hopes that others will be spared. Together we formed a network and created the political will that converted a country. On December 2, 2021, through a rare occurrence of bi-partisan cooperation, conversion therapy became illegal in Canada. A bittersweet victory because of all the causalities my community endured.

It’s Pride season across the country. How far have we come? Are we getting to where we need to be?

The activist in me was born the day I left that hospital. No one believed me that conversion therapy existed back then. I devoted the next three decades of my life to advocacy co-leading movements that fostered societal recognition, such as same-sex marriage, gender neutral identification, the removal of the gay blood ban, and so on.

Locally, I became General Director of LBGT-MUN, co-chair of NGALE and chair of Pride until becoming more involved on the national scene as the Presidents of Egale Canada, PFLAG Canada and a founding member of Canadians for Equal Marriage. I’ve witnessed, and been a part of massive societal change, and although we’ve made great strides, we’re not there yet.

We need accessible healthcare for transgender individuals, improved mental health supports for the LGBTQQIP2SAA community and representation within our education system. Also, if businesses and organizations are celebrating Pride and not updating their forms or computer systems to include gender-neutral options and the honorific Mx., they’re not practicing inclusivity. After I won my fight for gender-neutral identification I wrote airplanes, universities, insurance companies, etc. That fight continues to this day.

In July of 2015 you walked almost 1,000 kilometers across Newfoundland to raise funds and awareness for survivors of religious institutional abuse. The anniversary of your Hope Walk is coming up. Does the journey continue?

The journey never ends. I knew in 2013 when I founded the Pathways Foundation that we had only scratched the surface when it came to this issue. It’s been almost seven years since I ended my walk at the Mount Cashel Memorial in St. John’s. Since that time countless bodies of children have been discovered across the country at the former sites of residential schools and more allegations have surfaced against clergy all over the world. I formed a network with other Canadian survivors called ACTS Canada (Advocates for Clergy Trauma Survivors).

We’ve been to Rome twice to lobby church officials to release church records, to the United Nations in Geneva to lobby against child torture and launched a national campaign to lobby the church to release the names of the credibly accused. Except for the UN, all other attempts remain futile, forcing survivors to litigate or remain in the shadows.

What is ‘On The Fringe’? can you expand this to fit two lines?

In my day job as Executive Director of Artforce (formerly For The Love Of Learning) I offer support to youth, many of whom are marginalized within society. They struggle with homelessness, addiction, mental health, etc. As an arts-based charity we offer creative projects in film, writing, photography, music, theatre, art, etc. We pair young people up with well-known artists from the community through workshops and mentorship programs and promote their work at festivals, exhibits, on stage or in a publication. On The Fringe is our latest production in partnership with Walsh Productions. It debuted on CBC Here & Now recently and highlights the challenges that sex workers faced during the pandemic. Some of our clients are sex workers and as a result couldn’t apply for government support during Covid-19.

Do you have any bucket list items left to conquer?

Always. I’ve got several projects ongoing now. I’m working on my second book and my first feature length documentary film. But I wouldn’t rule out politics or another long walk in my future.

Every situation, good or bad, is an opportunity. My losses in life have turned me into a winner.

While many see you as a leader and an advocate for all, do you see yourself as inspirational?