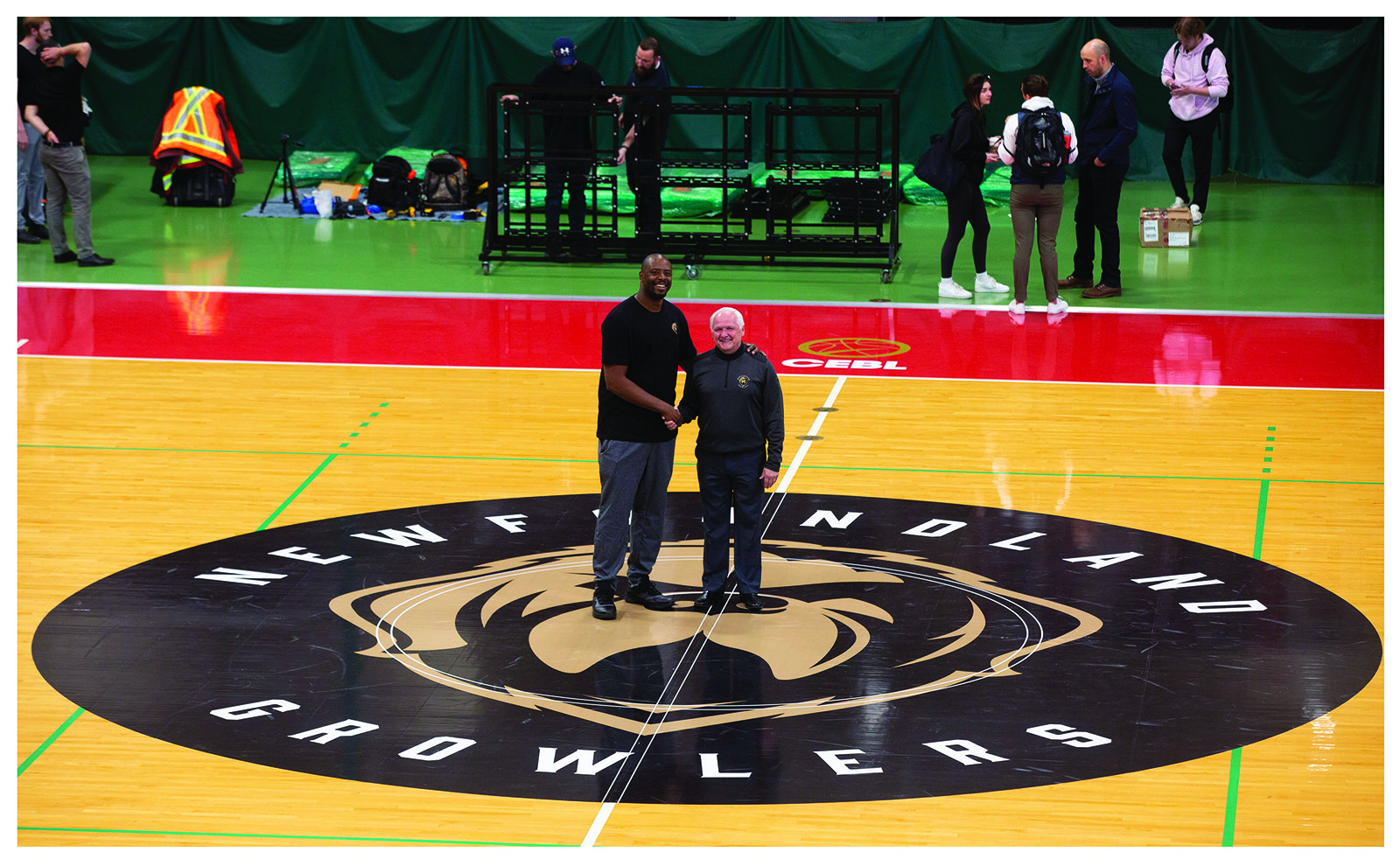 Newfoundland and Labrador’s professional sports brand – The Newfoundland Growlers – has expanded to include basketball, becoming the 10th franchise in the Canadian Elite Basketball League (CEBL), and the 2022 season is on!

It’s game day and the excitement builds at Memorial University’s Field House in St. John’s. Deacon Sports and Entertainment (DSE) president Glenn Stanford is feeling the pressure that comes with the end of one sporting season (hockey) and the start of another.

Speaking to the nail-biter of a final overtime game for the Growler’s hockey team, he paused before speaking.
“When there’s 27 teams in the league and you make it to the final four, most teams would consider that to be a pretty successful year,” he said with pride.

Now, on opening day for Growler’s basketball, excitement builds. “We’re excited about the product … it’s an up-and-coming league that are literally coast to coast.”

You can tell by the quality of the people that the league are attracting, he continued. “When we were able to get Patrick Ewing Jr. to come up and be our coach and you see the players we’re attracting, we’re obviously excited to be a part of it. And like any opening night, we’re excited to get it up and get it running and get it going,” he said.

A proud father who has dedicated over 30 years to bringing professional sports to this province, Stanford admits there’s been sacrifices at times. “I’m in this racket a long time and good things in life don’t happen overnight, so family support means everything,” he said.

Some of the team’s players have young families, including Ewing, the team’s coach, who just happens to be the son of New York Knicks legend Patrick Ewing. Balancing sport and family can be a challenge. “Being involved in sports is obviously a big sacrifice because of the time that you put in. And when you’re entertaining people, it’s on a Friday night or a Saturday night or a Sunday afternoon, so consequently, for everybody within our entire organization, it’s obviously a big, I think, stress load and a big commitment to someone with a family.”

At the end of the day, is it worth it? Stanford paused again. Sports has long been a uniter of people and place, he said. So while there’s sacrifice, there’s also huge reward.

“There’s no better job than being a dad, to be honest with you. It’s just the most rewarding thing I’ve ever been a part of. For me, it means the world. But being involved in sports is not only about my kids, but other kids who need someone to look up to. Just giving them a positive role model to look up to and someone who they can strive to be like is part of why we do what we do,” he said.

Ewing Jr. shared that his dad is both his father and his mentor. “Growing up, I remember being two and three years old and watching him work out in the gym … and they would lower the hoops for me so while he would work out, I would be doing the same things that he would be doing, so I definitely wanted to be like my dad growing up. And then it just so happened that I’ve fallen into the career that he’s gone into.”

Growlers Basketball takes places at the Field House at Memorial University, with 10 regular season home games beginning in June. Seats for the 2022 season may be secured at www.GrowlersBasketball.ca.