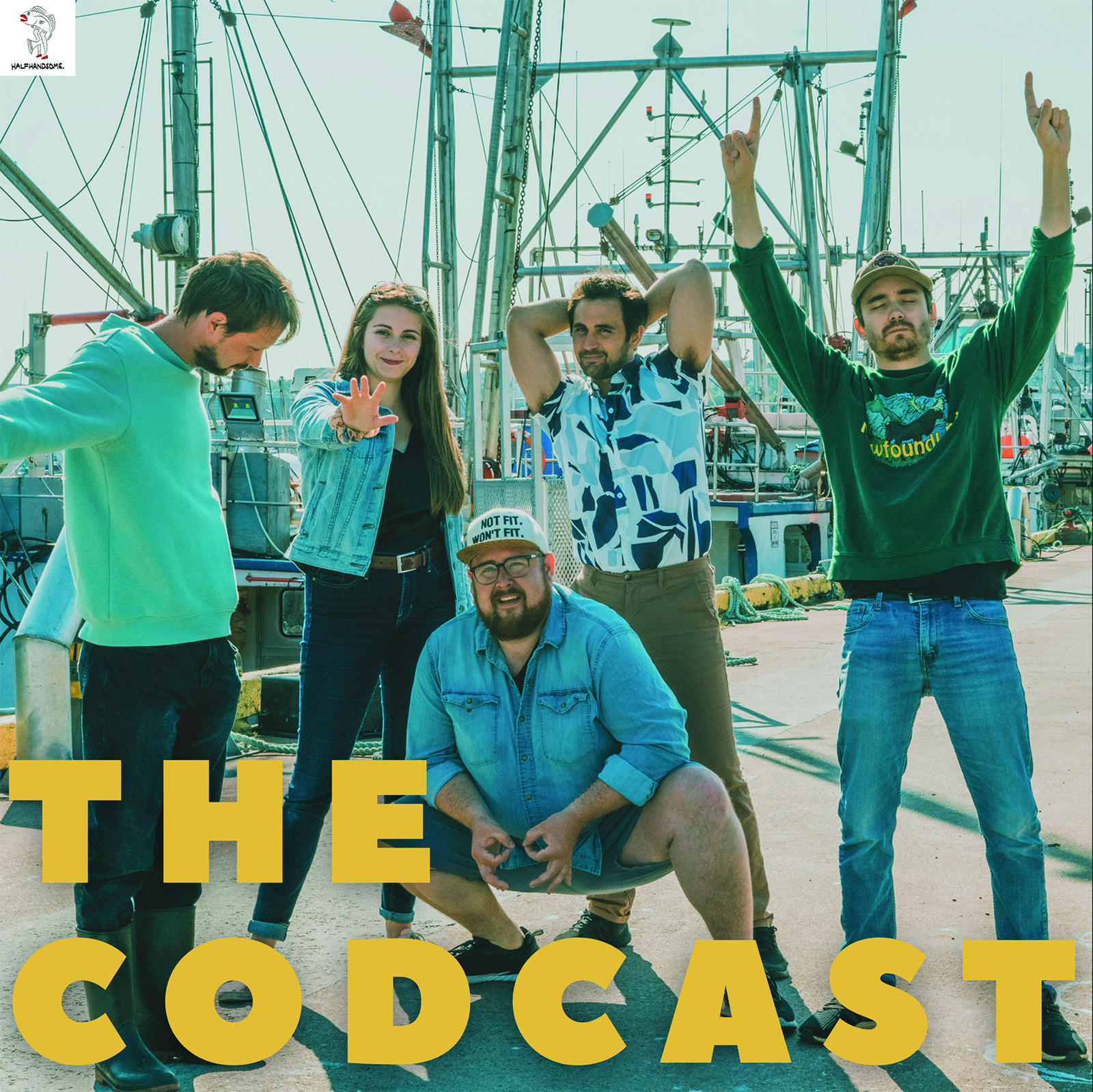 Sketch comedy crew Halfhandsome adapted to the global pandemic with a if you can’t beat ‘em, join ‘em mindset, developing the hilarious podcast, The Codcast

The hilarity slung by the fine folks at sketch comedy troupe Halfhandsome is to be applauded.

Adapting the nose-to-the-grindstone work ethic and wink and a nod to all the quirks of our island that made the likes of CODCO and This Hour Has 22 Minutes crew forever beloved, Halfhandsome continues to provide gut-bustingly funny entertainment fit for the masses.

But when the world collectively sheltered from an unseen global pandemic, the b’ys had to get creative.

“To kick it off it was like COVID hit, the theatres were closed. We didn’t know what to do and we knew we wanted to do something, but we knew we probably wouldn’t get the money back. And it was kind of like this logistical thing. COVID was such a logistical nightmare in the theatre world and the rules were kind of unknown at a certain point. We really didn’t know if we could do anything. So we were like ‘what else do we do?’” explains Halfhandsome’s Andrew Tremblett. 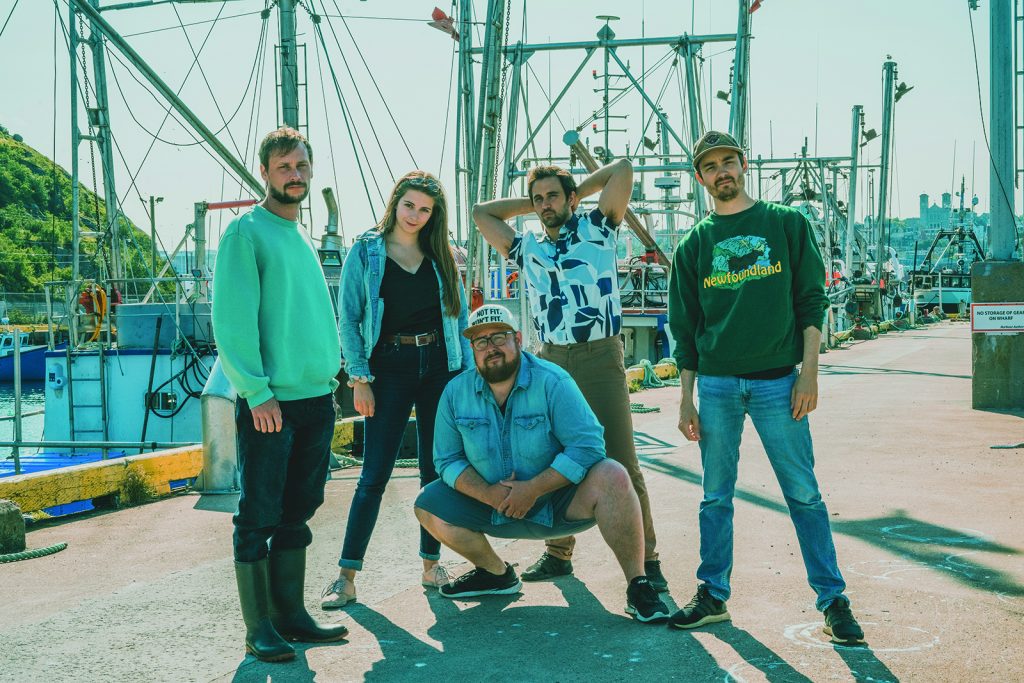 Innovation struck in the form of a podcast, but not just your mom and pops tête-à-tête on sports or politics kind, but hearkening back to the bygone days of storytellers and radio plays that crowded families around a sturdy signal for hours of can’t miss entertainment.

“We kind of hearkened back to these old British comedies on the BBC and even CBC. Podcasts are really a bunch of b’ys talking and laughing over each other and it’s like, who the f**k cares?” adds Tremblett with a laugh.

“We were like, well, let’s do Almost Baymous, but in podcast form. So it was really kind of like to do something during COVID and we really didn’t know how to do it.”

With aid from producer and sound editor Spencer Bellows, and an addictive score by Adam Foran, the Halfhandsome team of Tremblett, Zac Cross, Elizabeth Hicks, Evan Mercer, Stuart Simpson, supported by the voice acting talents of Allison Kelly, Stef Curran, Spencer Bellows, and Devon Bryan and the iconic Greg Malone, all hands hunkered down in creative town to develop The Codcast, 10 episodes of riotous sketch comedy that poke at everything from “the dark side of Newfoundland tourism,” to a Black Mirror styled sequence where the listener becomes the subject of the entire episode.

There’s tons of ideas, and they all stick.

“For this project, we had such a back catalogue of stuff from previous shows that we hadn’t done on stage, we hadn’t said in front of anybody. We had sketches that we just didn’t do. So there was a certain amount of that we were lifting from and going well, how do we turn this into an audio sketch?” shared Simpson, delving into the real challenge of taking a largely visual medium and adapting it for an audio-only experience.

‘Come on We Goes’

With the debut episode, naturally titled “Come on We Goes”, hitting the airwaves this past May, The Codcast has already grown a local following, while also proudly gaining listenership across the globe, something the crew admittedly take great pride in. 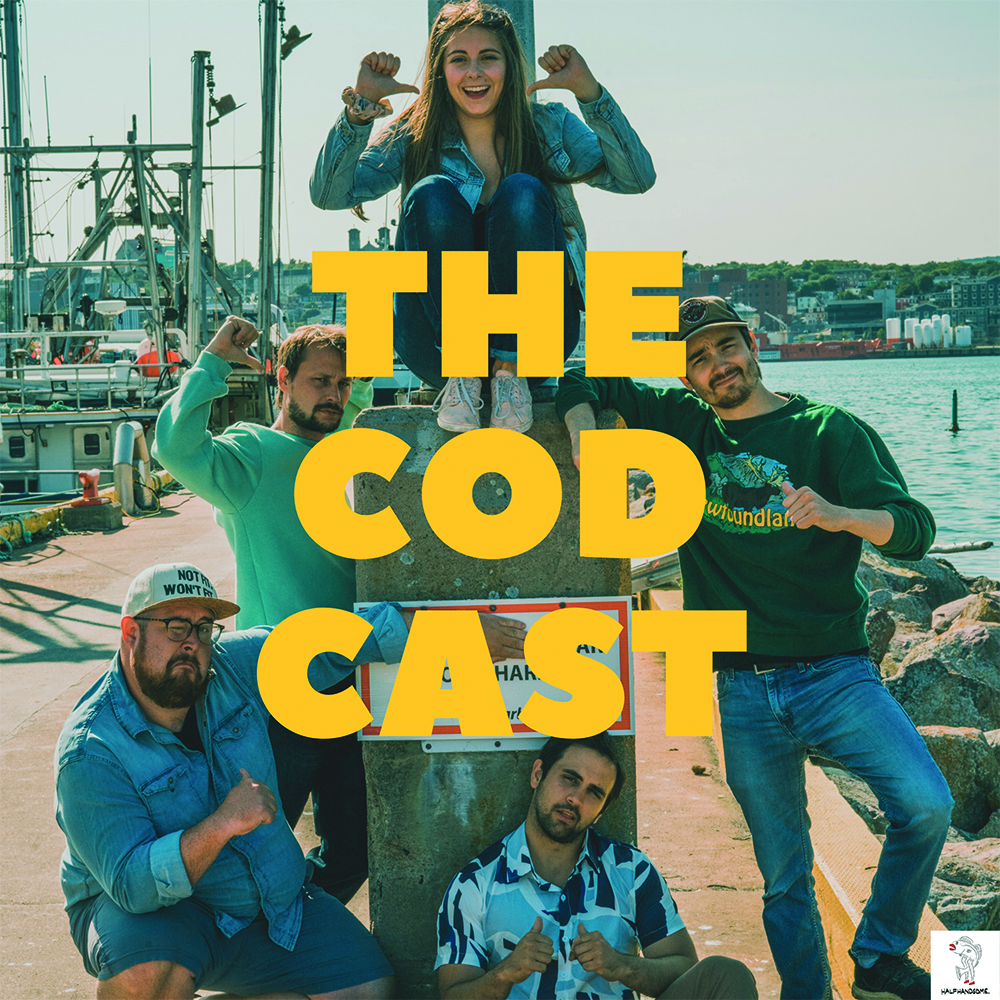 “It’s not just for the hall anymore, it’s not for just people in town. We want, of course, Newfoundland, and that’s where our numbers are right now. Across Newfoundland there’s a lot. We did the sketch fest and stuff and we found that our humour really resonated in different places,” shared Tremblett, with Simpson explaining that, as a comedy troupe, the gang tend to hold their tried and true “salt beef lens” up to the world.

“I always say that we are post-ironic Newfoundlanders,” he shared with a grin. “We lay into watta ya at b’y? and how she goin’? And all that stuff. And we always kind of say it as a bit of a joke, but then we do it so much as the joke that it just kind of becomes the way we get on. And so it kind of loses its joke, but it’s still kind of a joke, but like the whole thing is a joke (laughs). And with that, because it’s such a global kind of world we’re living in and all of the information is available to us all the time, we’re no longer this isolated province.

“The information we’re getting is global. It’s international. But we as this generation of post-ironic Newfoundlanders, when we create content, we’re always putting this filter over it. We call it the salt beef veneer. It’s this little lens that we look through that just has that little tinge of how ya gettin’ on? It has that bit of Newfoundland to it even if we’re talking about something that’s much larger than, it’s always got that little taste of Newfoundland in it.”