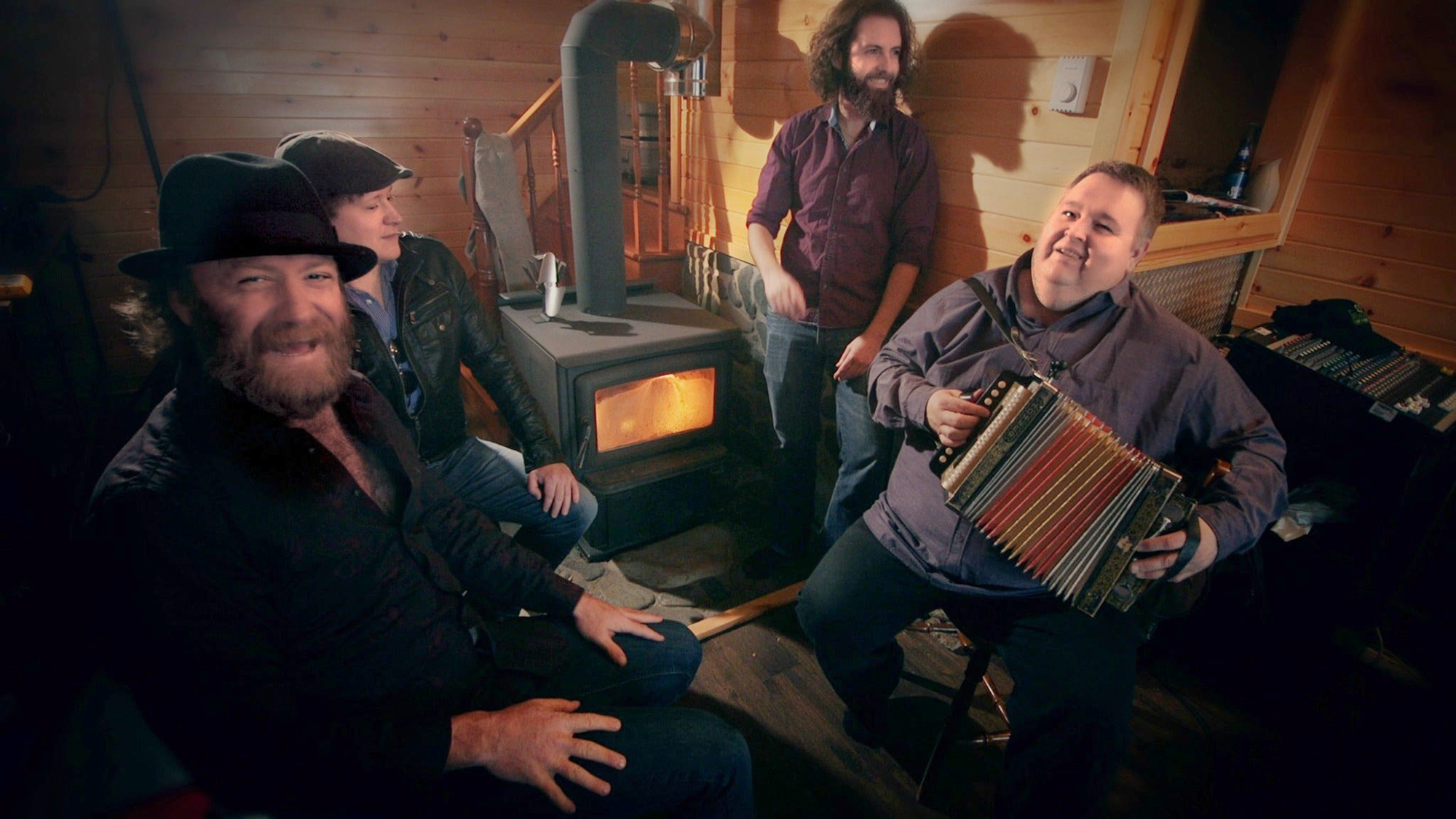 “We know what we’re fighting for, home, boys home!”

So echoes a classic Shanneyganock cut on the ties of place and the forever-pull of the tether to home-sweet-home. It’s ironic and ever-so-fitting that the group that bleeds pink, white and green, the b’ys in the band Shanneyganock, would cap off the 2022 Iceberg Alley Performance Tent concert series, headlining the much anticipated Come Home Year celebrations among a who’s who of our province’s finest.

Yes, it’s fixing to be a come-home of epic proportions, and shaggy and soulful frontman Chris Andrews is more than up to the task.

“It’s a great lineup of bands and lots of friends too,” Andrews shared in a sitdown with The Herald. “Ticket sales we hear are really, really good. So it’s going to be a big night, I think, for everybody. A celebration of our province.”

A treasured flag-bearer of our province’s tried-and-true trad sound, Shanneyganock have been there and done it all in nearly three decades in the business, with the Come Home Year night headline slot alongside NL staples The Ennis Sisters, The Irish Descendants, The Celtic Connection, The Navigators and Carolina East yet another in a long line of honours for the rowdy and rearin’ crew.

“We’re looking forward to headlining ourselves this time,” Andrews shared proudly. “We got some legendary Newfoundland acts like The Ennis Sisters, Celtic Connection, Irish Descendants, Carolina East and The Navigators. It’s fantastic with all those artists coming in, but I can’t lie, it’s great to see the Newfoundland night always sell out. The original Irish Descendants last year, the Alan Doyle show, people are coming out and supporting the performers from here. And I think that’s fantastic.”

Reminiscing on songs sung and gigs of old, Andrews laughed at the realization that the bands’ 2002 record Scallywags, celebrates a 20th anniversary this year, remarking with his trademarked laugh, “We were scallywags. At that time we were a bunch of scallywags. We were what you thought of a touring trad band, having a time, spreading music, loving the music. I think the only difference now is that we’re probably not scallywags anymore. Take the partying side of being on stage out of it and you got still the same dudes who love music and love having a good time and love making the audience enjoy themselves.”

Of course classic discography milestones aren’t the only cause to celebrate this year, as the band recently uncorked their latest party-ready single, Rain Drizzle & Fog, written by newly minted bandmember Patrick Moran.

“Rain, drizzle and fog is all that I hear, I think I’ll stay in the shed and go right on the beer,” Andrews recites with a laugh.

“It was a song written by Patrick Moran, the one and only. Patrick is playing with us full time now. The band keeps growing with Ian and Brad and Craig has moved back to the province and he’s playing shows with us, so we’re a six piece now. So it’s great because we get the influences from the different people in the band.

“Patrick came to me and said ‘b’y I wrote this song, it was in my mind.’ And as soon as I heard it I was like yep! That will work perfectly.’ So we recorded it up at Tuck’s studio and we just shot a video now with The Outhouse guys and Karl Wells. Karl does a cameo with us and of course he’s mentioned in the song, being one of our most famous weather folks. It’s a catchy song, and it just hits at things that we all sorta know, being from here in Newfoundland. The weather is a part of us whether we want it to be or not.”

Andrews, Mark Hiscock, Ian Chipman, Craig Young, Brad Tuck and Patrick Moran continue to pack houses from one corner of the island to the other and beyond. You’d think, after 25 years and counting, that Andrews and co. would be long rid of the pre-show jitters.

Perhaps serving as the unofficial ambassadors of Newfoundland and Labrador’s own Come Home Year in 2022, Shanneyganock’s status as a symbolic staple of Newfoundlandia remains unquestioned. Home, boys, home indeed!

“I’m looking forward to people being able to get back to being what we’re known for,” Andrews says warmly.

“Internationally, Newfoundlanders and Labradorians are known as good people, fun people, love their culture, love to accept people in, to enjoy things with them and are open to other people’s cultures and just for everybody to get together this year and have fun. That’s what I’m looking forward to.”

Follow Shanneyganock on social media for live event dates and much more!