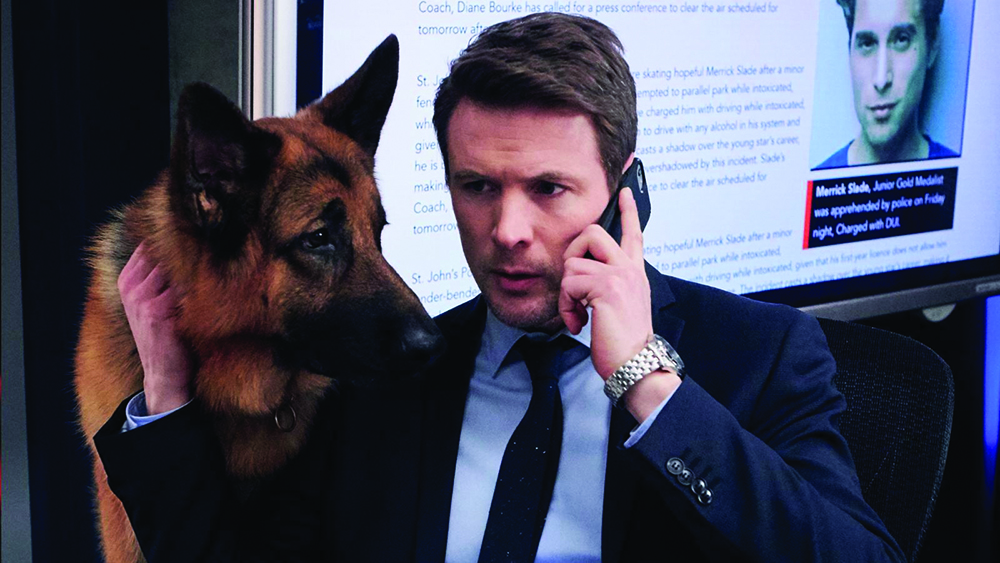 A proven winner across the globe, it was only a matter of time before the police procedural drama with a twist, Hudson & Rex, made its way to North America.

Beginning in 2018, Newfoundland and Labrador would become the home – on and off-screen – for the Canadian remake of Hudson & Rex, an adored international franchise that has aired in 125 countries in numerous languages worldwide for nearly a dozen seasons.

With the Great White North adaptation filmed in our very own St. John’s, Newfoundland and Labrador, Hudson & Rex has become an instant hit with fans both locally and abroad.

Currently filming its fourth season in St. John’s this summer, the action-packed police procedural focuses on the partnership between dedicated detective Charlie Hudson (Halifax’s own John Reardon) and his extraordinary partner Rex (canine Diesel vom Burgimwald), a German Shepherd with heightened senses and formerly with the K-9 police unit.

Reardon caught up with The Newfoundland Herald for a deep dive into the worldwide success of the series, embracing Newfoundland and Labrador, his unique partnership with Diesel and celebrating 20 years as an actor. 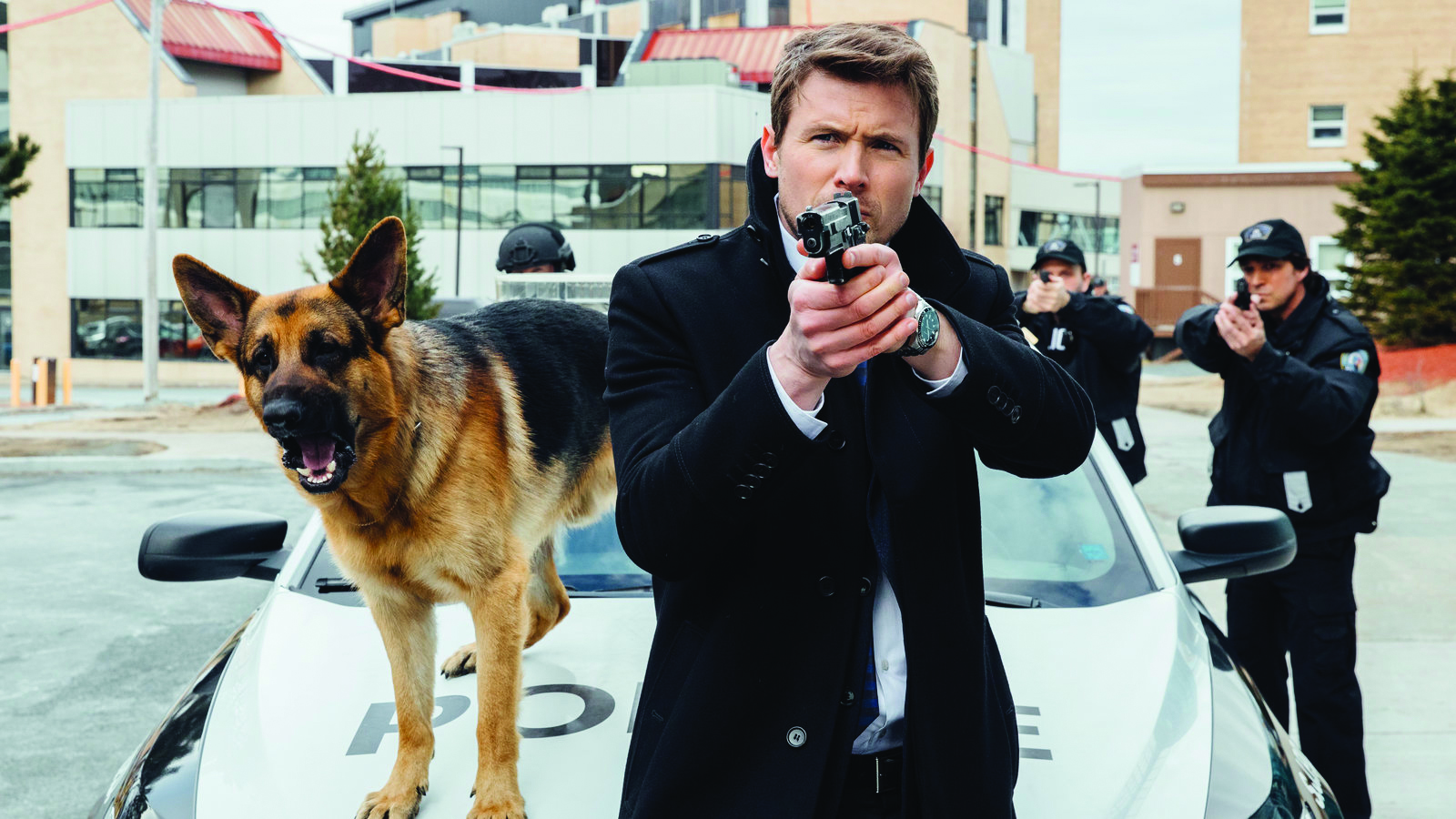 ON NAVIGATING THE COVID PANDEMIC

I believe we were the first production back in North America after the original shut down and I think it was probably just by a couple of days. But because of that, really, the template for going back to work for film was in a lot of ways written by the producers on our show. There was sort of, not a responsibility, but kind of forging the path for that I think it made us all feel good about coming back, because obviously the film industry is the foundation of so many people’s livelihood here in Newfoundland and across Canada.

So yeah, it was a bit of a sense of pride to be the first back and to sort of see the protocols that were set in place by our producers who really put a lot of thought into what would keep people safe. And then to see that sort of spread across North America in other productions using those same protocols, it was pretty cool.

ON FOUR SEASONS OF HUDSON & REX

It’s interesting because it simultaneously feels that it’s been a blink, but also that we have been here for a while. At the time when I moved out here my son was 10 months old, I think, and now he’s almost four. My daughter was born here.

She was born here in the Janeway in town and she’s almost two now. So when I think of that I feel like they’ve just been here for so long. So it feels in some way that it has been a while. But also thinking back to filming stuff in season one, it doesn’t feel that long ago.

ON HIS EARLIEST MEMORIES OF NL

I hadn’t been to St. John’s, I’d been to Gross More. I went on a camping trip, probably in my early 20s, and I took the ferry over from Cape Breton. And I mean, it’s just spectacular. I think it’s one of the best-kept secrets in Canada. You have these giant fjords, some of the most amazing camping anywhere, and just amazing people. I think I was there for about two weeks.

In university, I had a lot of friends who were from Newfoundland and a bunch of people from St. John’s and a bunch of people on the West Coast, too. So I got screeched in and I’m not sure if it counts, but I got screeched in my early 20s in New Brunswick. I was told it was somewhat official because I did actually kiss the cod. It was done by two born and raised Newfoundlanders. I was well versed in the culture for sure.

ON THE SERIES EMBRACING NL

I think it’s one of the best components of the show. We take a lot of pride in being Newfoundland, being said to be Newfoundland, showing the landscape, the city, the people. There’s a lot of thought put into that to put that at the forefront. And like you say, it plays a character just like any character in the show. It sets the tone, the mood, it’s sort of always present. Paul Pope, who’s one of our executive producers, runs Pope Productions here in St. John’s, and he’s a very proud Newfoundlander, born and raised. And it’s really important for him to have that quality be a part of the production and to train and hire Newfoundlanders to build up the industry here.

Now I think there’s something like five series or something going to be shot here in St. John’s this year. Just like an amazing crew of people, and they all have experience. It’s very much forefront in our minds at all times that where we are plays a very integral part in our storytelling.

ON HIS RELATIONSHIP WITH DIESEL

It’s interesting because both our characters and us as actors had sort of a mirror relationship because Charlie and Rex, at the beginning of the series, are still fairly new to each other and learning the partnership. Diesel and I met, I think, three or four days probably before we went to camera. And then we had to start building that history in. And that was all SherriDavis (Diesel’s owner/trainer). Sherri, she’s amazing, I’m sure a lot of the reason that Diesel dealt with me in the beginning was just because Sherri is like ‘you’re going to like him, you don’t have a choice’(laughs). She gave me lots of opportunities to spend time with him because really that was sort of the biggest component in creating this relationship where it feels like he’s my dog. We spent a lot of time before we started shooting with what time we had and since then we spent a lot of time on set. And I feed him a lot of steak, which I think endears me quite a bit to him.

The first season I used to carry around a Ziploc bag of meat in my pocket at all times. I think he liked those days. It was really fun, because we’re still building it too, which is great. And I feel like every year we kind of get better and better at working with each other. He has grown so much in understanding what he’s going to do in a scene, because oftentimes

Sherri and Victoria (Manson) will have to give him multiple tasks to do in one scene. And so he’s just an actor in the show with us. And I mean, he’s just very capable of doing things you wouldn’t expect that a dog could do. 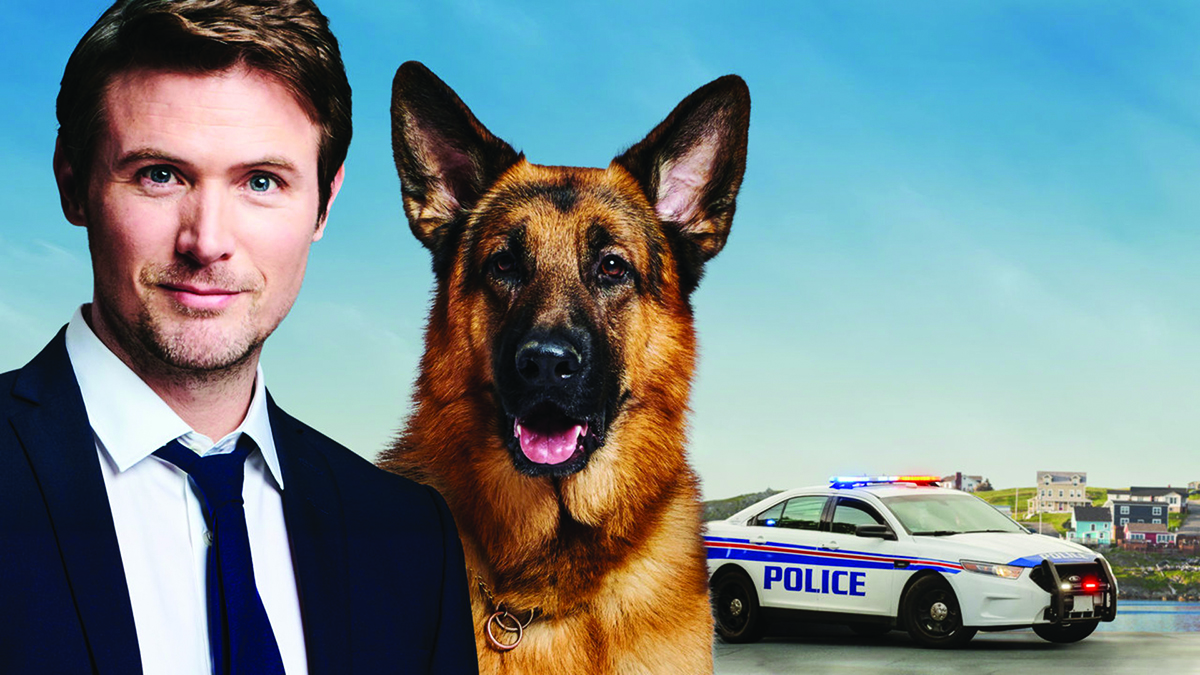 Sometimes it’s a little easy to forget sort of the popularity overseas because we’re filming here and rarely have the opportunity to go over, especially with COVID. We went over for a film festival right before COVID hit, and it was actually before we even started airing in Europe.

And there’s such a built-in fan base with the original series of Rex. I think it was Austria first and then Italy and Germany.
And so when we were there and we hadn’t even aired, people were stopping Sherri on the street to take a picture with

Diesel because they knew Rex was in town. I mean, people would stop their car in the middle of a one way street with 50 cars behind them to get out and meet Rex, and at that point we realized, wait a second, this is an institution over here.
It’s great to be a part of that, to honour that and what made the show so popular and then also add ourselves into the mix too, and bring our qualities out in the show. It’s fun working on a project that has endeared itself to people for so long.

One of my very first acting teachers said you’re not really an actor until you’ve been acting for 20 years. So maybe I finally arrived. I don’t know. I actually never put that together, but it’s actually 20 years since my first professional job, but I think I enjoy it more every year. I guess doing it that long I feel confident in my skill set. And also appreciative to have the opportunities that I have, and especially right now doing the show and being somewhere that I love having my family here.

I do on a regular basis sort of take stock of how thankful I am to be doing what I’m doing now and especially in an industry that just evolves so rapidly.

Careers can change so quickly. For instance, my wife and I had just bought a house in L.A. and we just had our son. And then within five days of buying that place I got this job and we moved to Newfoundland and we haven’t been back to L.A. and we sold our place. The twists and turns in the industry, nothing’s really forever. So yeah, it’s good to sort of take those moments of joy and peace when they find you.