Jim Furlong: A Shot In The Arm 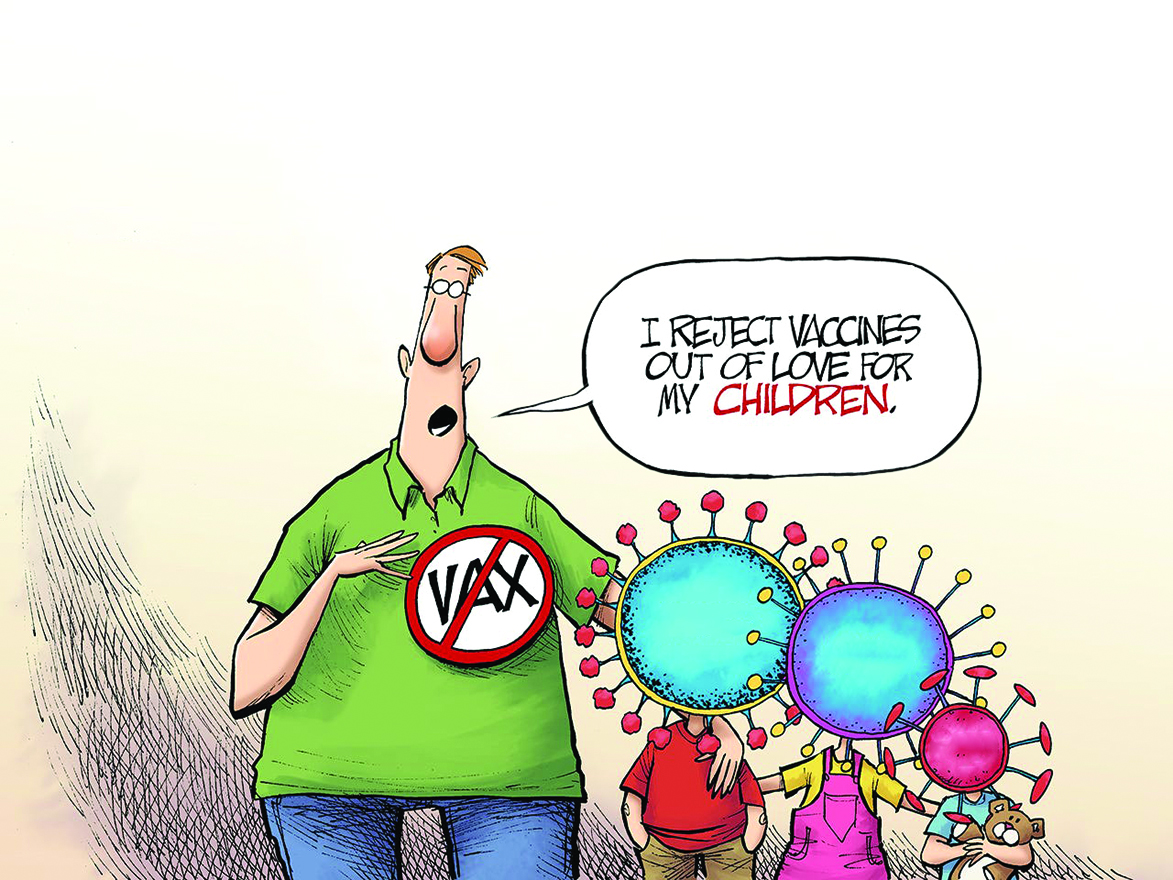 I rolled up my sleeve for my COVID-19 vaccination shot last week. It was great. At half past two on a rainy afternoon I walked into the Health Sciences Complex and down the corridor to COVID registration. There was no line-up.

In the clinic itself there were five vaccination stations and none were occupied. A nice nurse chatted me up and asked a few questions and SHAZZAM. I’m vaccinated against the great medical scourge that has crippled the planet.

I slept like a baby that night. I was vaccinated early because, basically, I’m older than dirt.

Now that leads me to a question to which I have no quick answer. How is it possible that some people are against vaccinations and will refuse them? What the hell is wrong with people?

You know when polio had gripped society back in the 1950’s Dr. Jonas Salk, an American scientist, came up with a vaccine that really changed the world. It stopped polio dead in its tracks in Newfoundland and everywhere else. Infantile paralysis is what it was called and it was spread virally and it was deadly. Try to imagine people saying NO to the Salk vaccine.

Well that was then and this is now and a whole lot of people, sitting in a basement with a computer keyboard, have come to the conclusion that vaccination is all a hoax and government and big pharma are in a massive conspiracy to force us to get a vaccine that could harm us.

The disturbing aspect of that whacko vision is that not all the believers are from the lunatic fringe. Some are just normal people who read stuff on the Internet where there are no truth police.

You can put things online that simply aren’t true. To wit; you will remember a few years ago too many multiple sclerosis sufferers came to reach out to something called The Zamboni Treatment, which led people to believe relieving pressure in the veins in your neck was the cure for multiple sclerosis. People were flying off to Poland to spend their money on that nonsense.

Now we have come to a great moral conundrum. Can we force people to get a vaccine? Well I hope so! I say follow the science and do what the doctors are telling us. I suppose it is theoretically possible that it is all a great conspiracy, but I wouldn’t bet the house and farm on it.

I support the notion of vaccination passports where you won’t be able to get into various countries unless you can show you have been vaccinated.  I know you can’t legislate against stupidity, but surely to God you can legislate against people doing stupid things.

One thought on “Jim Furlong: A Shot In The Arm”