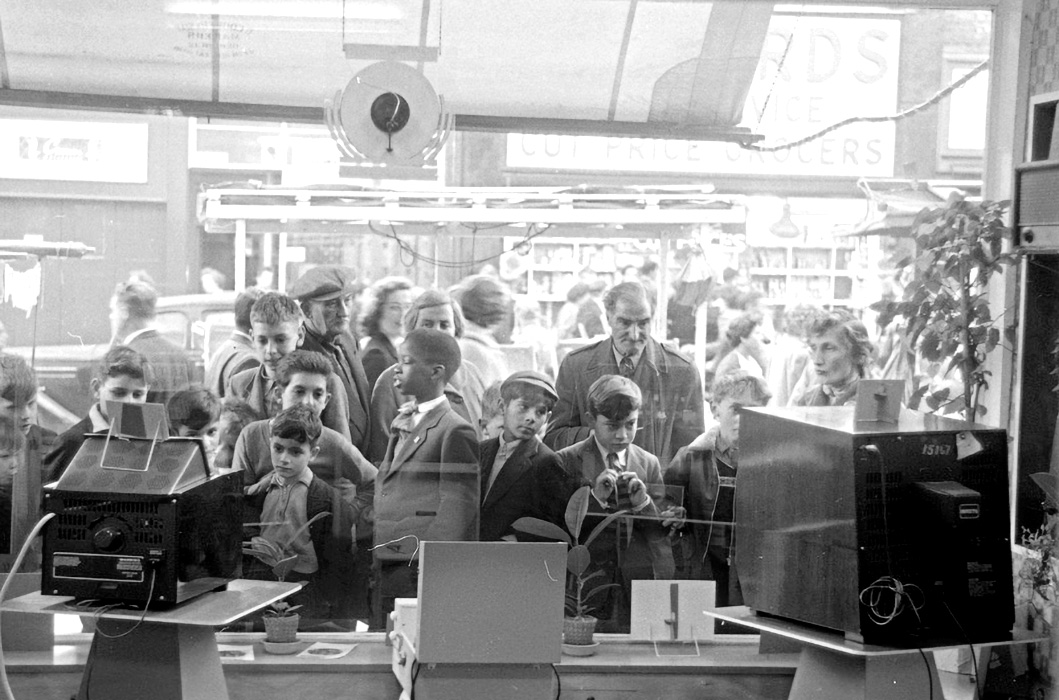 I was flipping through an old Newfoundland recipe book from 1979 and came upon molasses bull’s eyes. That’s a confection from my youth. Mrs. Power’s candy store on New Gower just down from Andrews Range had the best.

My son, who was in the room the other night, had never heard of Andrews Range or Mrs.  Power’s bulls’ eyes. My son offered the opinion that given the circumstances, I must be older than dirt.

Truer words were never spoken young man. How old could I be? Well, the world I was dumped into lo these many years ago was a world without television at all here in Newfoundland, although I had actually seen a real TV set owned by an American family from Fort Pepperrell.

In 1953 it was just an ornament. CJON would not begin transmitting for another couple of years. The first working television I saw was in through the window of Great Eastern Oil on Water Street. I would be there in the evenings looking in with the Portuguese fishermen at what was a modern technological miracle.

My entertainment before the days of TV was radio. Dad and I listened to programs like Strange Stories of the Sea, The Shadow, The Lone Ranger, and The Doyle Bulletin, which was my first exposure to local news. Apart from that my brother and me looked at the sparks on the back of the fireplace in the living room and pretended the sparks were warring armies. Not exactly the 500-channel universe.

This “older than dirt” world was also the place where the best “new thing” was sliced bread. Honest to God. When I was young there was no sliced bread.  Mammy’s Bakery and Our Own Bread introduced it to post-Confederation Newfoundland. McGuires also made bread and so did “Buttsy” Moore, who was a great Holy Cross footballer. His bakery was up on Hamilton Avenue across from Victoria Park. When sliced bread came it was as if there had been a miracle.

Milk in those days was delivered to your door every morning from Brookfield Dairy. There was an image of a baby on the glass bottle with the instruction.  “Good morning. Please Return.” I always assumed they meant the bottle and not the baby. Kelsey’s Farm, down near Kenmount Road, was also in the milk business. Milk was pasteurized, but not homogenized so cream rose to the top. It was great.

“Sinkers” were part of that world from the “Groc and Confs.”  So too were “Mary Anne’s” and bottles of Royal Chocolate or Royal Birch. That’s a long time ago. I guess ‘’older than dirt” about covers it.