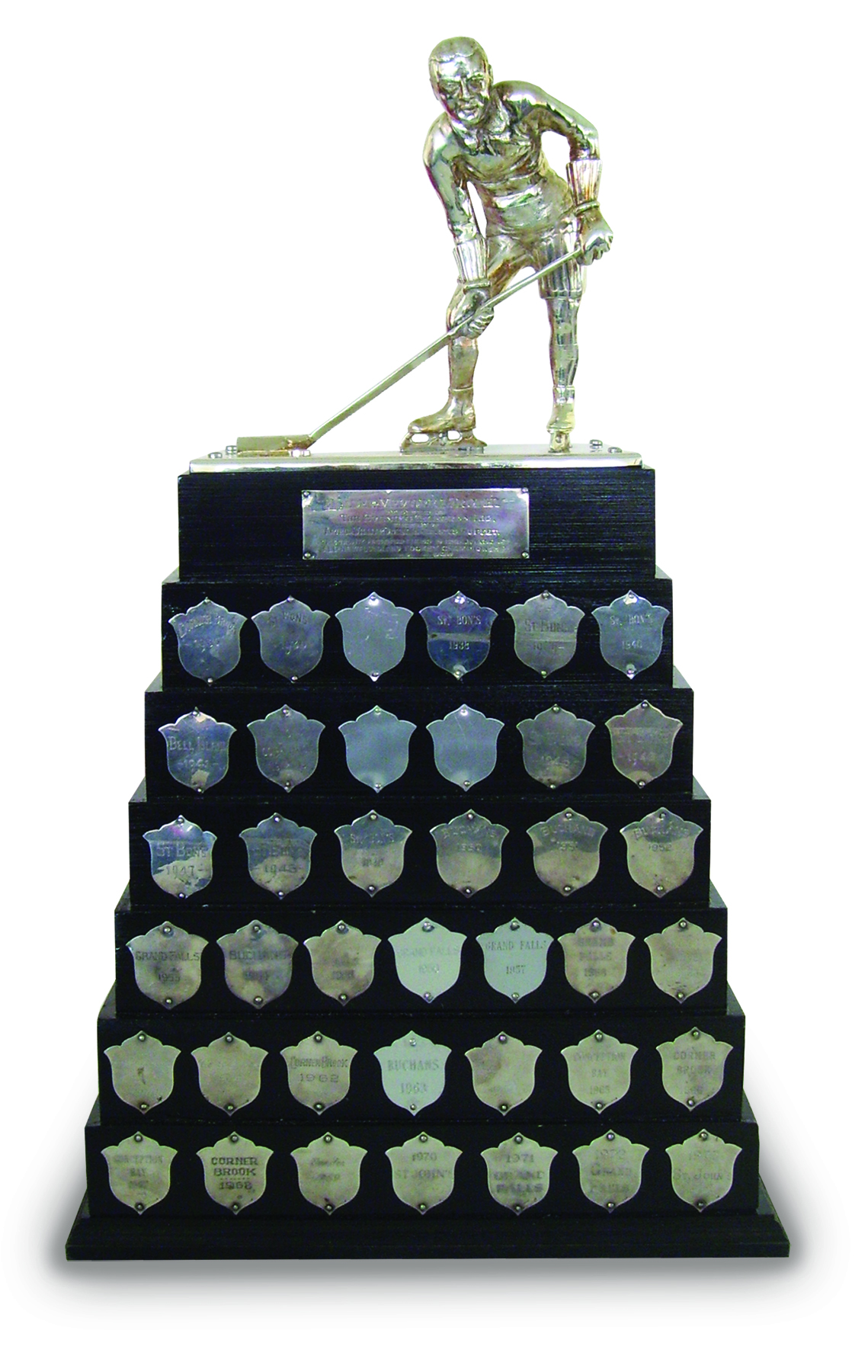 They are the ghosts of another generation. They are the hockey players who were hired to jobs in Newfoundland that allowed them to make a living with their hockey skills long after dreams of the NHL ended.

Before the St. John’s Maple Leafs stepped on the ice at Memorial Stadium, a kind of semi-pro hockey was played here. The names of the players form a litany of very skilled hockey men, many just one skill short of making it to “the show” or perhaps kept from it by something so cruel as bad luck.

That litany would include names like “Danky” Dorrington, Mort Verbiski, Jacques Allard, Toy Toy Gallant, Clobie Collins and scores more. They plied their trade in places like Buchans and Bell Island and Grand Falls and Gander and Harbour Grace and a bunch of other hockey towns.

These towns were able to compete in Newfoundland senior hockey by virtue of money. Teams from small centres could not match the skill gene pool of large centres like St. John’s, so they brought in players from the mainland and paid them or found them work. Not a whole team, but select “star” strengthening players. They worked in mines or mills, and they played hockey.

George Faulkner writes about how he came back to Newfoundland from pro hockey to run a hockey program in Harbour Grace and play for the much-loved CeeBees. He did it because he could make more from that than from the minor leagues of the Montreal Canadiens organization.

George and brother Alex, who came back from the NHL and a stint with the Detroit Red Wings, became the stuff of legends in senior hockey and very much a part of the communities where they skated.

It was not just for cash. Sometimes it was employment. If you could play hockey you might work at the Buchans mine or the iron ore mine on Bell Island and never spend a day underground. I cannot name names for the paper mills at Grand Falls or Corner Brook, but I am told there were situations there as well where handling a puck or being able to stop one might be a key skill in finding work.

To me from St. John’s they were villains. They were foreigners who had an unfair advantage against us “townies.” That was not true, but it’s what we thought at Memorial Stadium.

Those early hockey mercenaries are but memories now, but if you stand under the old Memorial Stadium scoreboard at what’s now a supermarket near the shores of Quidi Vidi you can hear the echoes of skates on ice in a building that once was home to senior hockey.