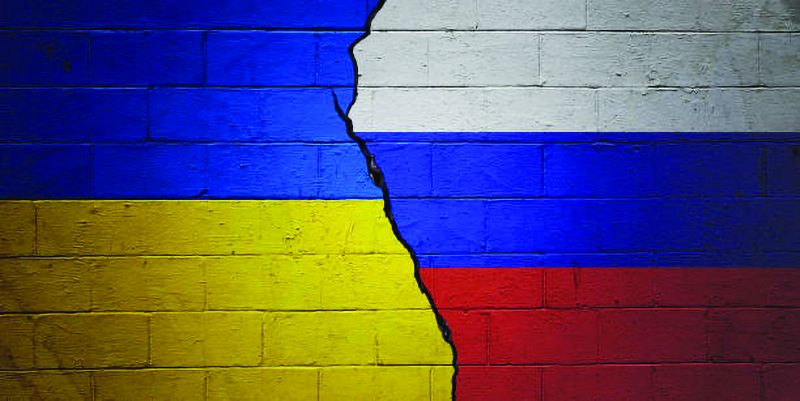 This is an important time for our world. This is serious business. We are going to find out something about ourselves here on earth over the next weeks and months.

There’s emerging from the brutal Russian invasion of Ukraine a deep question that speaks to the notion of who exactly we are and what it means to be human.

It also asks of us if we know the difference between right and wrong. We do not know the answer yet, but we will.

The central question is whether Russian President Vladimir Putin can do whatever he likes in Ukraine and get away with it as long as the shooting stays within Ukraine. Can Putin bomb that nation into oblivion while the  world stands by and watches?

In the 21st century is it possible that one nation can take over another while the world stands around and talks about it and waves flags and gives standing ovations? What if Putin ups the ante and takes to using chemical weapons against the Ukrainians? Will there be action then or more talk?

Is there any point at which the world yells STOP!!!!!  I ask the question today honestly and I have no answer at this stage. Perhaps the nations of the world standing together WILL solve the situation. Perhaps the economic squeeze on the Russians from so many directions will do the trick. I do not know.

Line in the sand

I do know from our history books how we in a self-congratulatory manner talk of World War II when Hitler invaded Poland. It was the place in time where words stopped, and a line was drawn in the sand and England declared that if the Nazis did not withdraw from Poland a state of war would exist. They did not withdraw. The world went to war.

Today we know the hearts of most of the rest of the world is with Ukraine, but this is 2022. The world is not going to war over it … at least not yet, because hanging over it all is the grim spectre of a mushroom cloud. There has been massive support both moral and in “military materiel.” That however is not the question.

In the 21st century is it possible that one nation can take over another by force of arms? That’s the question.

Imagine if you will, rockets and shells from a foreign power landing on Elizabeth Avenue or West Street. Imagine Newfoundland refugees and the images of a Newfoundland civilian population being targeted and apartments bombed, and thousands of people including women and children dying.

What would you want from the rest of world? Speeches? Flags? Moral support?

We do not know how this will end, but before it is over, we will know a lot more about ourselves and who we are.