JIM FURLONG | The Lights Are Out! 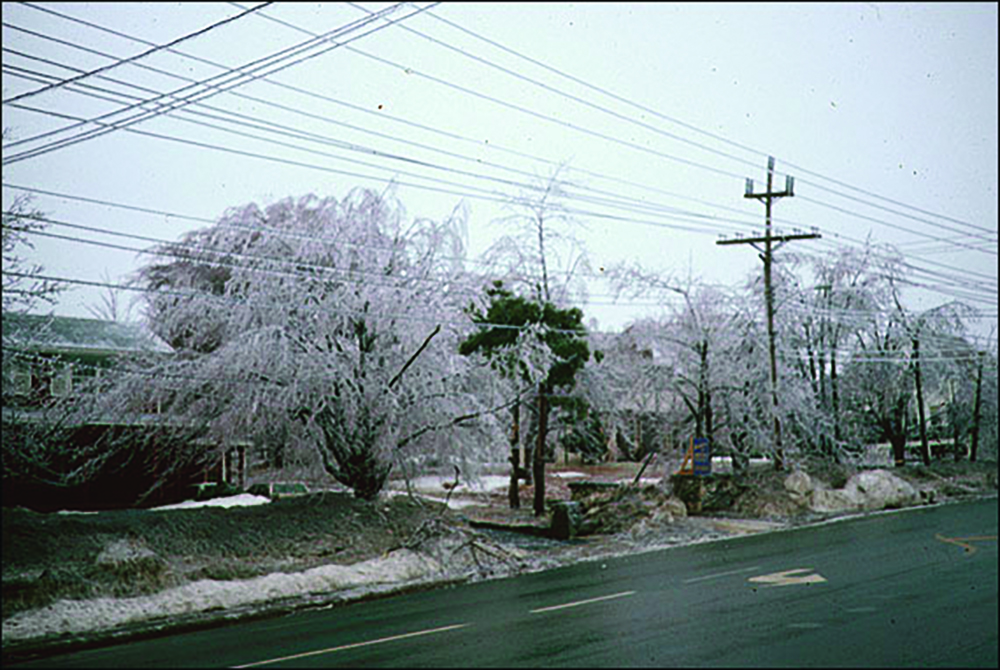 I had to look up the date for this event because, while it is in my memory – the most important weather event I remember from my childhood – it was a long time ago.

The year was 1958 and the city of St. John’s was shutdown in mid-winter-by a sleet storm. Last week during Hurricane Larry we lost power here at our place for about five hours, but with a wood stove and a generator it was no big deal. It did remind me though that order, and the intricate workings of our civilization hang but by a thread. It just takes a storm to throw everything into  chaos.

The storm in 1958 in St. John’s was called the worst sleet storm in the city since the 1920’s. Tens of thousands of people were without power, but not just for a few hours, but rather for weeks. The system broke.

There was snow, rain, freezing rain and high winds all spread over several days. The sleet storm was relentless. Utility poles snapped like match sticks and miles of wires tumbled to the ground.

I was but a child so to me this all was a great adventure. The American military at Pepperrell Airforce Base provided generators to keep the lights on at the General, Grace and St. Clare’s hospitals.

The Furlong family was blessed in this crisis because at our home on Pleasant Street we had a coal furnace. Imagine! We also had four fireplaces in the home. Two upstairs and two downstairs.

In addition, in the kitchen was a locally produced United Nail Foundry stove. In the cellar, as we called it, was a ton of hard coal.

The coal had been put there through the once common coal chute. You still see the chutes or remnants of them around the older parts of St. Johns. The coal that slid down them was hard coal. It was cleaner and less dusty and gave off a better heat than soft coal.

I suspect there is a quickly diminishing list of readers that know the difference between hard and soft coal because this was more than 60 years ago. You can’t buy a lump of coal in St. John’s now, let alone a ton of it.

Well, when the sky darkens, and the winds howl and the lights flicker we understand the weather has a stronger hold over us than we imagine. It’s a powerful thing. We couldn’t keep the lights on in 1958 and in 2021 our technology, although much improved, still can’t keep the lights on. That thought came to me when I was starting my generator as Hurricane Larry whistled thorough the forest and  around the house a few weeks ago.

One thought on “JIM FURLONG | The Lights Are Out!”