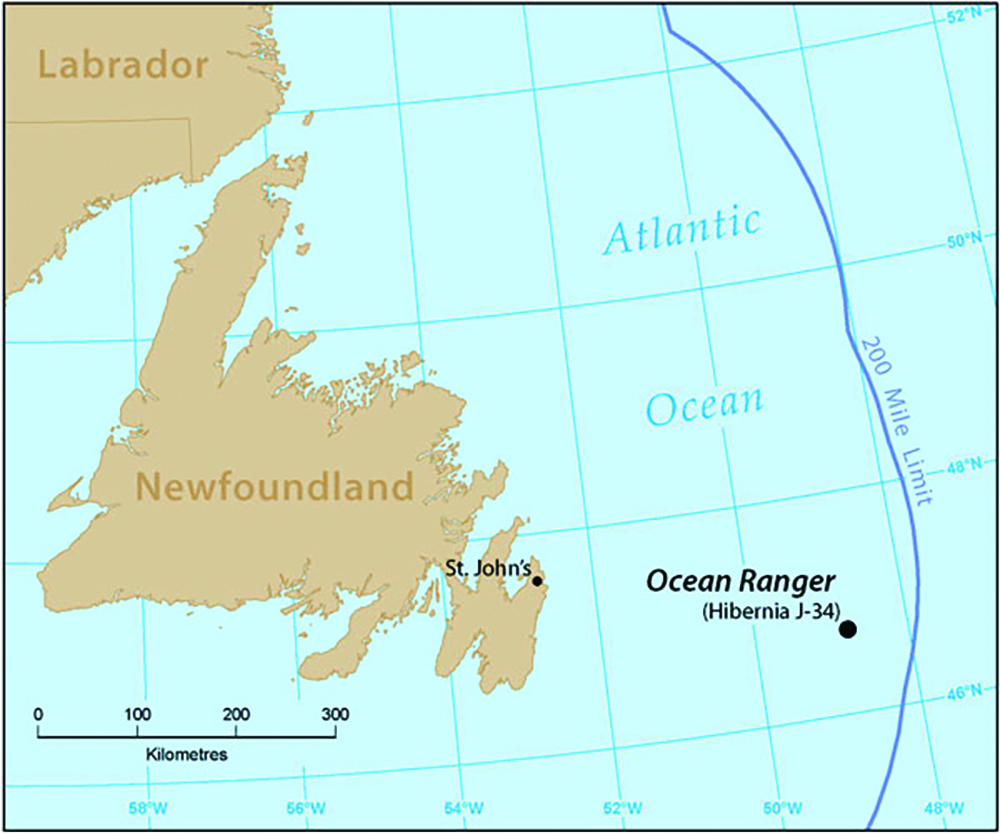 I sat down to the computer a few days ago to write something meaningful about Valentine’s Day, but I became distracted for a particularly good reason so I gave up.

I knew something of the tradition of St. Valentine’s Day, but the words would not come easily. It’s because thoughts in mid-February in Newfoundland and Labrador will always and forever for me be dominated, not by Valentines, but by the ghost of the Ocean Ranger.

It just will not go away. The passage of the years has not softened the blow or healed what is still a terrible open wound. I know why. The sinking of the Ranger is a bitter symbol really of what a struggle life in Newfoundland and Labrador has been for those trying to make a living from the Atlantic.

We try to forget what a brutal and unforgiving ocean it can be. The loss of the Ranger was an obscene tragedy of the sea that took its place in a litany of tragedies that includes The Newfoundland Disaster, the loss of the Southern Cross, the   Blue Wave disaster, and the Cougar helicopter crash.

There are hundreds of other terrible things that have stolen lives from us. It all  reminds us, not just of events themselves, but of who we are; trying to make a living and get by out here on a rock in the middle of an unforgiving ocean. We all know in our hearts despite our cheerful disposition and “love of place” there is a frightening price that’s paid for fish, seals, or oil.

An act of God?

That price is not measured in dollars alone. There’s a human price that has been paid down through the years and centuries. It’s a price without calculation to which every family in Newfoundland and Labrador is connected.

As I look at the list of disasters, I am also convinced that every one of them need not have happened. We throw around phrases like “act of God” and things like that, but those are words from a book of laws.

I know what happened to the Ocean Ranger and in its simplest form it is that a wave in a terrible storm broke a porthole in the ballast control room. It short circuited the system that kept the rig on an even keel and the system failed. The expertise to fix it was not on board the Ocean Ranger that February night and it should have been. That’s the fault of people other than the men of the Ocean Ranger.

It’s true that almost everyone in Newfoundland and Labrador knew someone lost on the Ranger. I knew one who was a school mate of mine. On February nights when the winds are high, I think of him and the rest of the crew of the Ocean Ranger and I say a prayer.