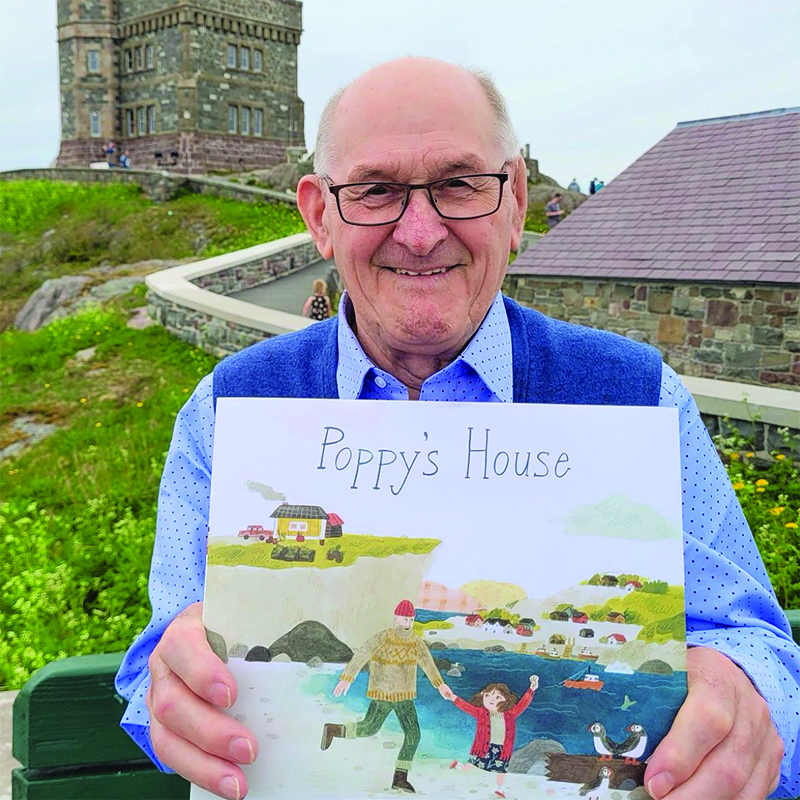 Toronto-born writer and hand-knitter Karla Courtney, author of Poppy’s House, has been working in publishing for over 18 years. Having studied at the University of Western Ontario, she also completed a one year exchange to the University of Heidelberg in Germany.

Karla met her now husband there, and the couple relocated to Australia where she began her first writing job working on a series of magazines for the shipping and boating industries. In 2007, she accepted a position with Qantas Travel Insider magazine as online editor.

During Karla’s position with Qantas, she was asked to write a piece about a dream holiday she took as a child where she wrote about visiting Newfoundland and Labrador for the first time, and spending time with her grandfather.

“The open spaces, salt air, kelp-strewn beaches and rocky cliffs were completely new for me. It was my first time getting out of the city (Toronto) and my first time seeing the ocean,” Karla shared in a one-on-one interview with The Herald.

“There was also this warm sense of community I had never before experienced. Everyone always had their back door open and there always seemed to be a party in the kitchen. I loved hearing the sea shanty style songs with booming voices and a banging ugly stick, and being allowed to have a real cup of tea, served, of course, with Carnation milk.”

Prior to chasing the writing dream, Karla was a young girl living in the big city of Toronto with her single mother, who at the time was completing her college studies. Her mother met David Courtney, a young man from Newfoundland and Labrador, and he very quickly became a father figure for Karla. After the couple were married, they took her on her first trip to Newfoundland, where she met David Courtney’s father, Eric Courtney, better known as Poppy.

“The family instantly accepted me as their own, and I felt very at ease and welcome,” Karla explained.

It wasn’t long before Karla began regularly spending her summers with her grandfather. Born and raised on Woody Island, Eric Courtney lived much of his life with no running water or electricity.

He worked in logging camps, fished for lobster, and built houses before moving to St. John’s where he worked on construction projects, including the Placentia Bay resettlement.

The piece that Karla wrote for Qantas magazine about her holidays to Newfoundland and spending time with her poppy was read by a literary agent while travelling from Sydney to New York. Karla was later contacted by the agent, who proposed the idea of a children’s book based on the article she had written.

“While I had done a bit of writing previously, mostly magazine features and I had also written two knitting books, I had never imagined I would be given the opportunity to write such a personal story about a place and people I love so much,” Karla shared.

Living in the moment

“I worked closely with the agent to write the story, she found a publisher, and the rest is history.”

The children’s book tells a very simple tale following a young girl as she travels to an island ‘far beyond the end of the road’ to visit her grandfather.

“Poppy is a very humble and quiet man – when I first showed him the book he was honoured and surprised. He quietly took it all in, said ‘my oh my’ a few times, and gave me a big smile. Then he just got on with things – cut some cake and boiled the kettle for a cup of tea,” Karla shared.

Karla currently resides in the UK with her husband and 11-year-old son, who has followed in his mother’s footsteps in terms of enjoying his annual vacations to The Rock.

“I am grateful that just before COVID I spent a great deal of time in Newfoundland. In spring and summer of 2018 we spent four months living in St John’s, and in May 2019 I was able to return to celebrate Poppy’s 90th birthday! I wasn’t able to visit in 2020 due to travel restrictions, and returned in August 2021 for one week with my parents when travel was allowed again.”

Both Karla and her poppy, Eric Courtney, will be at Chapters on Kenmount Road July 13 from 2-4pm for a Poppy’s House signing & giveaway of Karla’s hand knitted lobsters. For more visit karlacourtney.com and follow her on Instagram: @Karlacourtney.