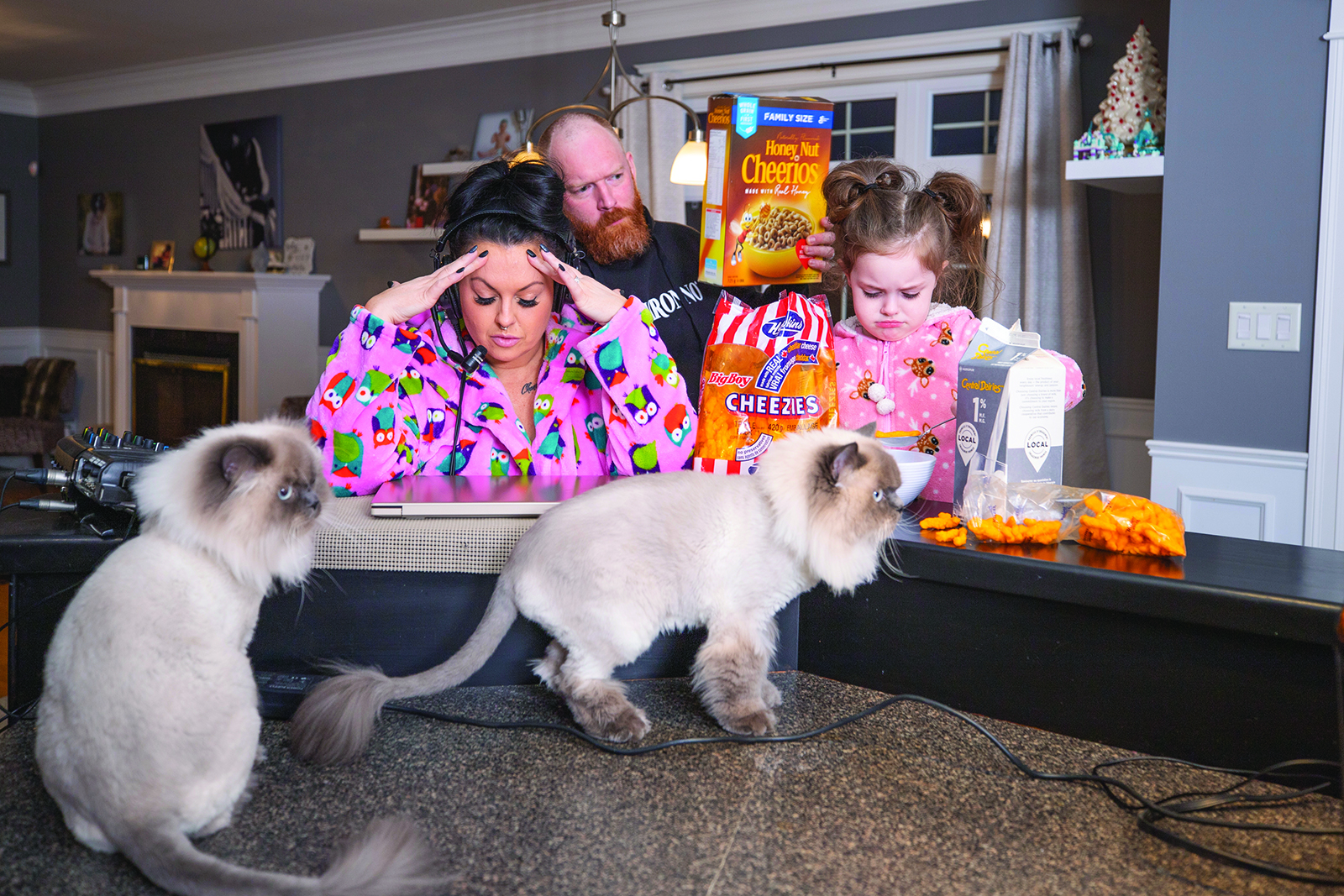 Stephanie O’Brien, the brilliant and charming co-host of OZFM’S Morning Jam, has had quite the year. Daughter Charlie is in Kindergarten now and at the same time she was homeschooling due to COVID shutdowns, O’Brien was often live on air with her morning show co-host Randy Snow. Then, ‘the COVID’ struck.

“Yes, the good old COVID came calling,” she opened with a what-can-you-do grin. 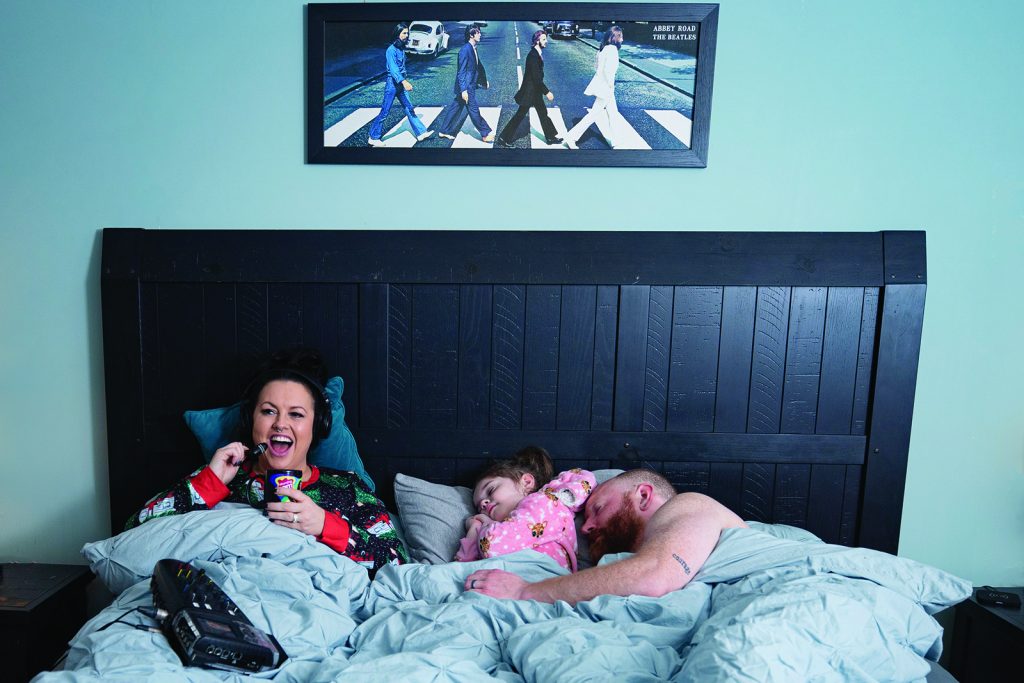 “A week before Christmas and we’re trying to live our best lives under all the pandemic protocols and then we get a phone call from a friend.”

A baby of a friend in their bubble had tested positive for COVID. Charlie tested positive immediately, though she wasn’t sick, while Stephanie and husband Drew tested negative. At least at first. Before long, the entire house had it, but the only one with symptoms was Stephanie.

“The child I gave birth to tormented me all day long while I was in bed. Every time I tried to rest my child would pull up my eyelids. ‘Mama. Do you need anything? Can I get you water? Look at this game, mama?’

There’s always so much activity, she added, even in a ‘sick house.’ “There was a lot going on and I always try to find a way of putting it in perspective. And I thought about people that I know that have more than one child. Homes where everybody got sick at a different time and they ended up isolating for like two months. So, you know, it could have been worse,” she said.

Charlie was her main concern, and even though she wasn’t sick, Stephanie was. Thankfully, Charlie’s symptoms “were not that bad.” “Drew and I had had all our shots and honestly, it could have been a lot worse. I’m grateful just for the bonding time,” she said laughing.

During that bonding time, the antics of Stephanie and Charlie became pretty well-known. From “On Air” to “On TikTok,” their interactions have been fun to tune into.

“One of the things that I promised I would always be – which I’ve been my whole life – was to really stay true to who I am and be my best self. I think that’s how people relate to you, if it’s not an act,” she adds.

“When I see something that’s funny happening, or that I know would make somebody smile, capturing it might take five seconds out of my day, I’ll do it because I’ll laugh at it too,” she says of her posts. 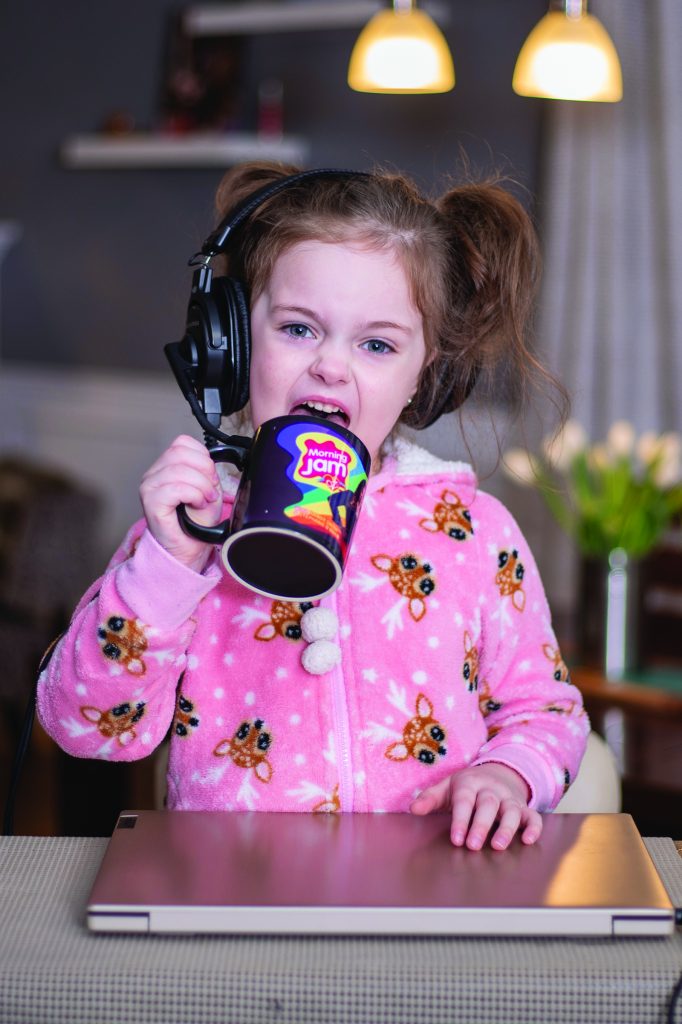 Stephanie always seems to embrace life, seeing the humour in things even when they go wrong. “That’s pretty accurate. But I will say  there’s always the flip side of everything.

“There’s a real moment where you come home and I just want to be very quiet, but I feel like my husband and my child don’t always get the best me. I’m entertaining on air and I try to be authentic, but when I get home I like my downtime and I don’t want to play, or I don’t want to be laughing and joking.

“My husband’s super funny. My child is always entertaining. But on some days I want quiet. However, even that’s hard because there’s always something funny happening, so I get pulled in,” she laughs.

And what about her husband, Drew? He’s becoming quite the funnyman too, and Stephanie laughs again. “There’s a showman deep down inside that lumberjack. Let me tell you, when he comes home, it’s crazy.

“Now that we have grown as a family, and Charlie has grown up in the public eye, he just has embraced it over time,” she said.

Sometimes the apple doesn’t fall far from the tree, and so we ask about growing up and the relationship with her own mother.

“My mom always went out – full out – for everything. There was an Easter tree and she always made sure that the Easter Bunny knew what kind of stuff we liked, and so the Easter Bunny was always very good to us. She will have the place decorated, from the napkins to the dish towels. It’s like visiting a museum every holiday.”

O’Brien doesn’t mind sharing her love for things onair, like her passion for Hawkins cheezies or mint icy squares. She does insist on setting the record straight, however.

“It’s weird that people still send me pictures of where they find (mint icy squares). But here’s the truth. I ate so many of those things, and I got heartburn so bad, that I’m medicated now. I cannot eat mint anymore! I can’t chew gum. Even the thought of brushing my teeth with mint kills me now. Oh, it’s true. It’s actually true!” 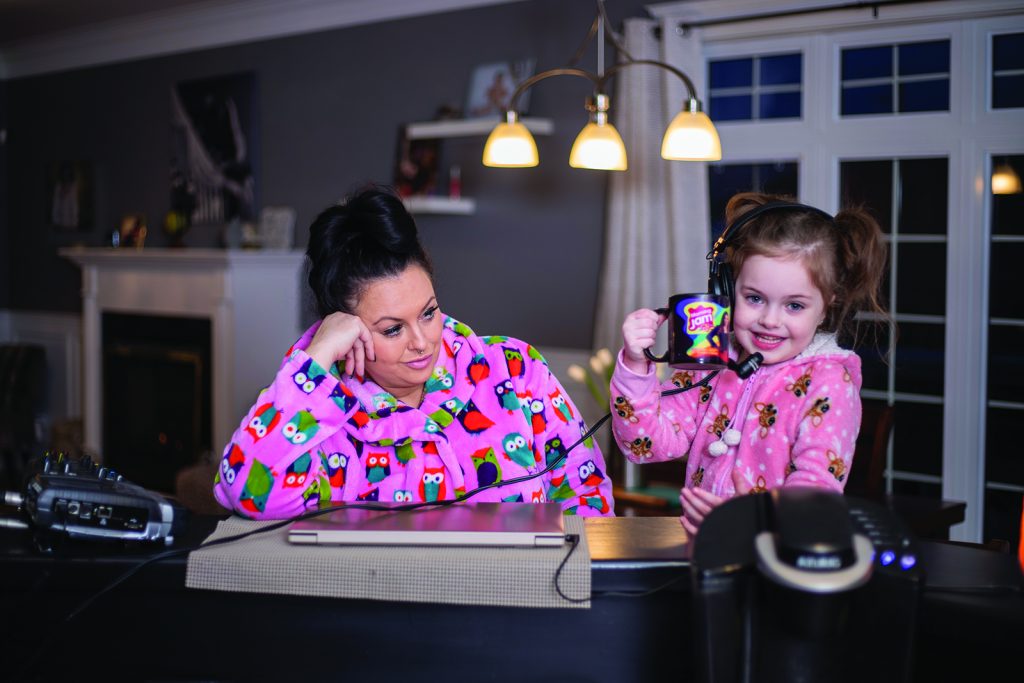 “It’s because I didn’t do it in moderation. I’d sit down and literally finish an entire container, so that wasn’t healthy,” she says.

“People have said Charlie is just like me. My mother even said it! ‘What’s it like raising yourself?’ It’s hard. It’s really hard.

“I see now why my husband loves me even though I can drive him at the same time. Sometimes when I do a video, I will look at it and go, ‘Oh my God, that’s Charlie.’ I will actually see my own daughter in my actions and that’s crazy.”

Charlie is now in Kindergarten and is growing up quickly and Stephanie is noticing all those changes and her antics.

“What I find now is she’s starting to want to be a little bit more mature, but she’s still a kid. I don’t know if you heard this on the radio, but the other night she was in the bathroom washing her hands and I could smell the strong smell of soap, a cheery soap, and it was too much for just washing your hands. I knew she’s into something so I called out to her.

“Nothing,” her daughter replied.

“You were washing your hands, I can smell a lot of soap.”

“I don’t know what you’re talking about,” Charlie replies.

And five-year old Charlie says, “Girl, I think you have a symptom. I think you’ve lost your mind” and she walked away. “I have a symptom?!” Stephanie can barely believe her ears. “Come on!, she exclaims, “’Girl?!’

“Now you tell me that’s not repeating something I’d say. She’s a chip off the old block, for sure.”

Later on in conversation with Drew, she ponders Charlie’s future.

“‘Drew,’” I said. ‘“I think we just have to survive raising her and then she’ll take over the world. We just have to get through this bit because I honestly think that she’s either going to end up in jail or be president. I don’t know which, but it’s going to be extreme either way.’”

As for Randy Snow, or Uncle Randy? She admits that there’s real admiration and affection for one another and for each other’s family.

“I can’t believe it’s almost been three years. I think there’s definitely been a lot of growth, but it also was very natural and organic from the beginning.” 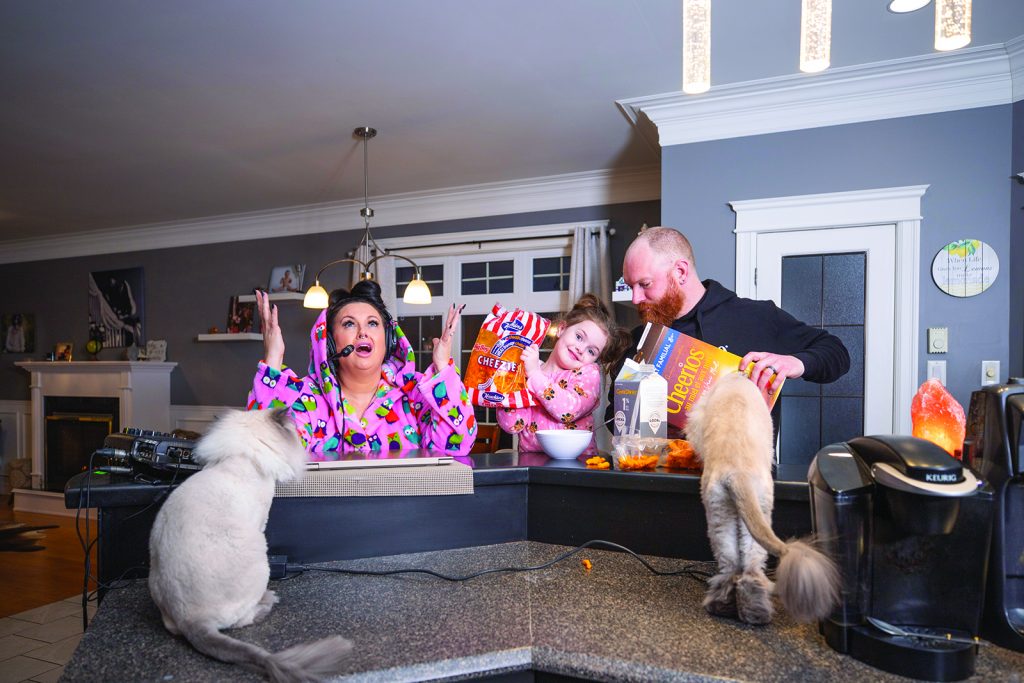 Even on the radio, she and Randy chat about their on-air and off-air relationship.

“I actually noticed the other morning how we just get each other now. We just go with whatever is said and we always find a way to find humour even in the worst scenarios.

“I’m just so happy that I work with Randy and that we have the chemistry we do because that is something you can’t fake. We’re just very lucky.”

Stephanie and Drew’s home with Charlie when the cameras and microphones are off, she reveals, is pretty much what you see – and hear – is what you get.

“We’re going around in our hoodies and comfy clothes. Charlie’s dancing or has her headphones on, and Drew’s literally doing the dishes and rolling his eyes.

“And Oz and Percy (the family’s fluffy cats) are somewhere looking cute and adorable. That’s the dynamic all the time.”