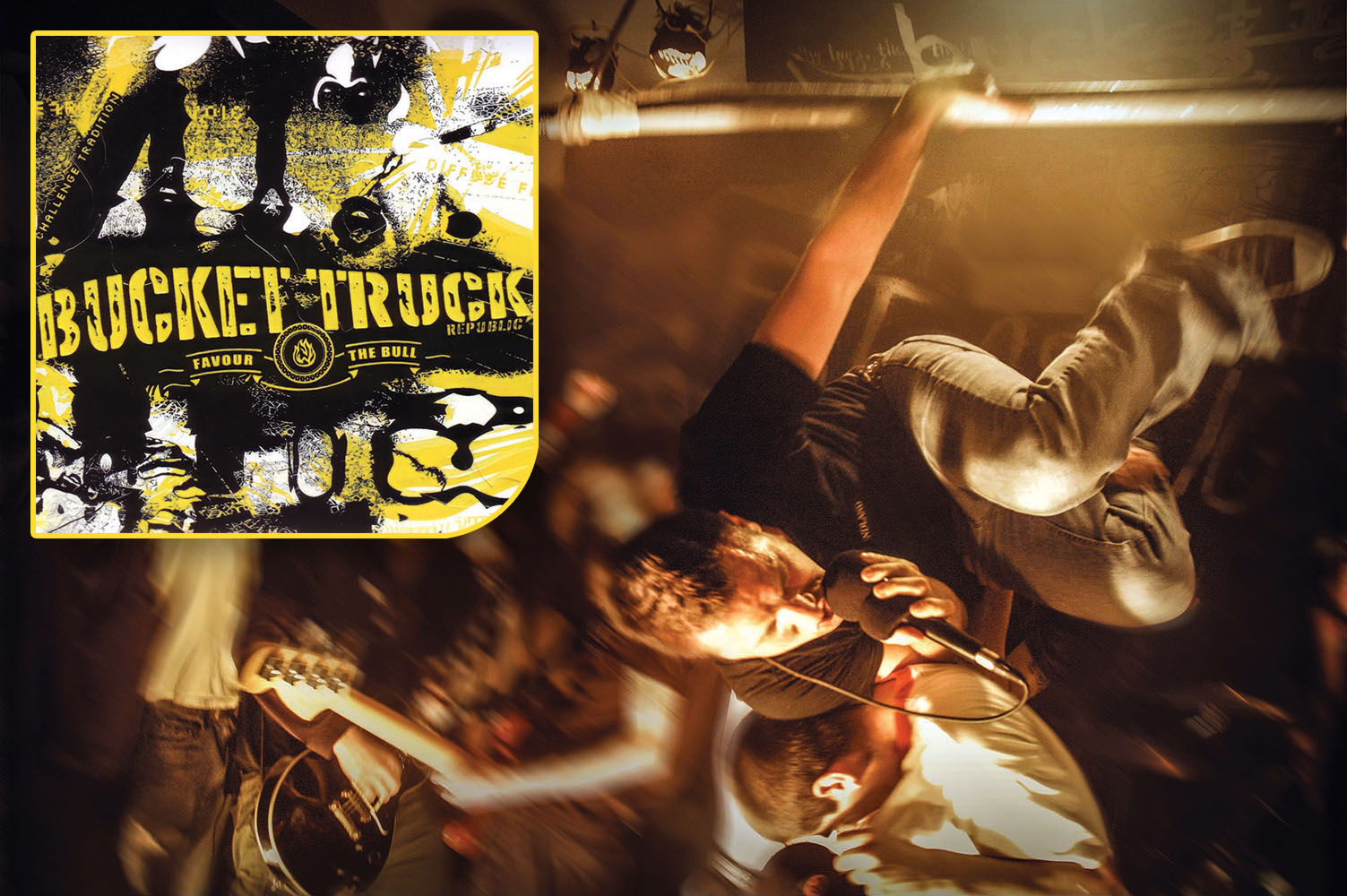 Mike Rowe and Matt Wells dive deep into the unexpected and most excellent return to the stage of local heavy-heavyweights, Bucket Truck

After 15 years, the truck is back on the road! Heavy metal heavyweights reigning from the rugged shores of Newfoundland and Labrador, Bucket Truck are set to make their long-awaited reunion at the Iceberg Alley Performance Tent on June 16th.

Out of the blue

“There was zero plans to reunite. It was nothing we were trying to do,” shared actor and founding member Mike Rowe. “It’s cool to have Matt (Wells) living in St John’s and me to be back here. I figured we’d probably do some kind of musical thing, but in the forward direction, not in the backwards direction. And then Matt sends me a text and is like, ‘you’ll never believe who just reached out to me.’”

As Wells, band frontman and former host on MTV and MuchMusic explained, the offer to open for Alexisonfire and The Dirty Nil under the famed Iceberg Tent came quite out of the blue.

“So literally it was March 24th. I got a text at quarter to 11 at night from Iceberg Alley and I didn’t know who was it was, just a 709 number and it says, ‘Hey Matt, Shawn Basha here. I have a show for Iceberg Alley with Alexisonfiire and The Dirty Nil on June 16th. Bucket Truck should open.’ I was watching a basketball game, and I just put my head up, by myself, and honestly, the first thing out of my mouth was f**k me, because I knew immediately we were going to do it. But I also knew what that would entail of trying to make it happen.”

Reuniting the original lineup of Rowe, Wells, Chris Hanley, Mike Stewart, Jud Haynes and Mike Rizkalla would seem easier on paper than in practice. Stewart now calls Sweden home, while Rizkalla is based out of New York. Some serendipity was seemingly at play, this time out.

“And honestly, we had talked about it through the years. We haven’t played a show in 15 years and every year there would be a promoter or somebody would reach out and say, is there a show? Is the band still happening? Can you do a tour here or there? And we would always be like it’s just not going to happen for a million reasons, not the least of which is that we’re spread all over the world,” shared Wells candidly.

“But there was just something about this. (Mike) and I had talked about that if it was ever going to happen, if we were ever going to do this, it would have to be someone coming to us and saying, here’s this show, and all you really need to worry about is walking on stage and playing.”

Bucket Truck, admittedly, had always taken a very hands on approach to their art, from promotion to management and marketing. Having hands off the wheel, backing one of Canada’s most established heavy acts no less, was a proposal too sweet to pass up.

“When it was offered I said to Matt that it’s like getting asked to the graduation. Like, it’s just nice to be asked, even if we don’t do it. I’m glad somebody gives a s**t,” adds Rowe.

“But then when we thought about it I’m like, ‘Well yeah, this is probably the only way I would do it and we would all feel good about it.’ Somebody obviously wants to see it. Bigger name on the bill, so there are definitely going to be some numbers there to see the night of music. Why not just show up and do it? It aligned pretty perfectly for if it was ever going to happen, how I would want it. You couldn’t say no to it.”

And so it was set, Bucket Truck, in its original form of Rowe, Wells, Hanley, Stewart, Haynes and Rizkalla, will perform for the first time in 15 years at Iceberg Alley. No pressure right?

“Bucket Truck is not the type of band that we can just go, ‘you got your songs learned? Let’s get up on stage!’ By the time we got to the last half of the catalog, those songs are really difficult. These aren’t like easy riffs. We’re not just playing three chords. If this was just like f***ing Ramones punk we’d be like, ‘Yes, let’s do it!’ But that’s not what this band is,” shared Wells honestly, adding that he’s “more nervous about this show than I ever was, only because we want to be better than we ever were.”

Is this a one-off? The guys, smartly, remain non-committal. Never say never as the old adage goes, but if you’re down to rock with the Truck, June 16th is your ticket.

“Obviously we said to each other, ‘so are we going to do more?’ But we did come to the conclusion that let’s focus on this show. So for anybody who is like, ‘Oh, I’ll catch them on the next tour’ or whatever, we’re not planning for it, but I never say never, man,” says Wells. “Maybe if Iceberg Alley comes back at us when we’re all 65, I’d probably say yes too.”

But then, delivering a potential final throwdown to fans in St. John’s is the perfect bookend to this long-lasting and very sweet heavy metal love story.

“The fact that people care, it’s sort of hard to put into words. It’s all that excitement we talked about that we feel on our own. The fact that there’s people who maybe didn’t get to see the band before or it was a part of their journey of going to see local shows and now they’re reliving it, all that stuff just makes me smile, man. And I can’t even tell you how pumped I am to honestly just tear this stage apart in the name of all of those good vibes. Really. I can’t wait.”

Back to the pressure of delivering to the high-benchmark of the Bucket Truck standard of riffing, moshing excellence, and Rowe, quite sagely, has the closing remarks.

“The band sort of taught me that feeling and it’s done great things for me in my life, but when you’re afraid of it, that’s the thing you should probably do. If it scares you, go f****ng try it. And you know, I’ve done that. That brought me to really interesting places in my life and my art. I’ve swam with sharks. Me and Matt bungee jumped. Scary s**t, it makes you feel alive. So I, at least in a crazy way, can convince myself that the nervous energy is excitement.”

For tickets and more information on the Iceberg Alley Performance Tent visit icebergalleyconcerts.com