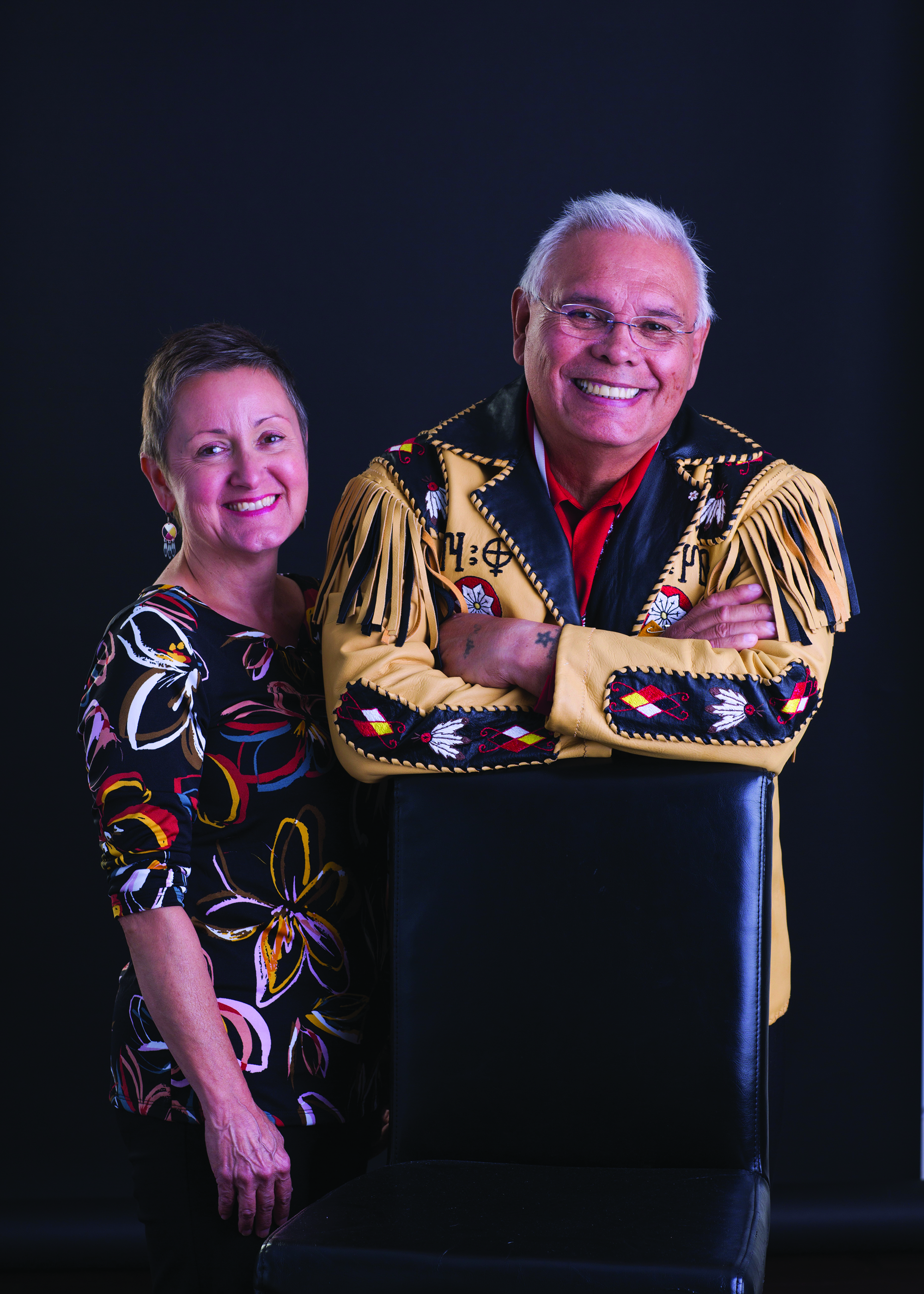 Chief Mi’Sel Joe, the District Traditional Chief of Miawpukek First Nation since 1983 and the man considered the Spiritual Chief of the Mi’kmaq of Newfoundland and Labrador, offered that he struggled, just a little, when it came to naming his latest book My Indian.

“The term, ‘My Indian’, comes from the notes Cormack used. He never used Sylvester’s name once, he just called him ‘My Indian.’ There’s a lot debate against using that as a title, and every time I read that (My Indian) I got more and more mad, but that’s the history of what was. Our hope is by writing up a true story of this, and by being honest and by showing what it was, we can reclaim that story and tell our own history,” he said powerfully.

Chief Joe met his co-writer Sheila O’Neill, a member of Qalipu Mi’kmaq First Nations and an educator, at a Powwow in Conne River.

“I knew she could help me write the truth. We started writing about Sylvester and doing research and we wondered, ‘what are we going to find?’,” the Chief said.

Published by Breakwater, My Indian has been well received, he continued.

“It is getting a lot of attention so far, and I’m proud to say that schools across the country will use it. I wanted to write something that would be used in the schools, and it turned out to be that way, so it all worked out. With (O’Neill’s) background in education and with my little bit of history that I know and can recall from oral history and from hearing stories in the community, and from my connection with the old people, we were able to put that book together,” he said.

O’Neill shared that there’s a pride in telling “the true tale.”

“When William Cormack composed his Journal about his journey across the island of Newfoundland in 1822, he refers to his guide Sylvester Joe twenty-seven times right from page one as ‘My Indian.’ Full disclosure. I was the one who convinced (the Chief) that the title of the book needed to be My Indian, not so much from an historical time or what was what was known at the time, but to take back the story. No, he’s Sylvester Joe. He was not your India, he’s ours, and his story to tell is ours to tell,” she said. Both co-authors are passionate about their roles in the community.

‘History needs to be told’

A show airing on NTV, The Beothuk Story, was one Chief Joe wanted to see.

“Everybody else is telling the same story now. We all can’t be wrong, right? History needs to be told from the perspective of truth. So I’m so glad that NTV is going to show (The Beothuk Story)  because I think everyone needs to see it,” Chief Joe said.

O’Neill takes much of this personally, she added. “I would like my grandchildren to think that I helped to change the narrative around Indigenous history in the province. That they know that My Indian is important and that I helped make a difference, and that their grandmother is pretty darn cool,” she said with a smile.

Chief Joe explained that he shared that sentiment as well.

“My great grandchildren, I have given them the book to read. I have a feeling that for our community and for people in general, it is time that Aboriginal people start to write their own history and tell it. Tell the truth about what our history is and share what we can find and share what we’ve seen and what we learn from our own research and by what is told to us or written down for us by other people,”Chief  Joe said.

The Chief would like people to understand that true history of Newfoundland in terms its people and the place we call home.

“From the river system where they could get their food to the eggs laid by all birds in the summertime. Many were killed. I want to be assured that things have changed in terms of how we look at the environment. I want people to realize that if we’re going to survive and live on this island we have an obligation to look after the environment in any way that we can. Maybe that little book (My Indian) will make a difference somewhere along the way.”

“I want people to think carefully. I think we need to look at where our history is coming from and where our stories are coming from and recognize the importance of Indigenous people telling our own stories. I’m sure there are people, many people out there with stories to tell. Our history came from oral history and oral history was not given the same regard as written history, which is very unfortunate. But Indigenous people are storytellers and we need to get our stories out there. We need to get them out to our young people,” she said.

Chief Joe says he hopes more people – no matter their background – will visit Conne River and the Powwow.

“Everybody is welcome,” he shared. “If you are curious and want to see what a Powwow looks like, come visit. It’s an alcohol and drug free Powwow.  Being welcoming to visitors is part of appreciating what we bring to the province and what we’re offering to the province.”

The two collaborators are working on a second book that picks up where My Indian left off.

Completing the story will provide a sense of pride, O’Neill shared.

So much of our history is more myth than fact, she shared. By capturing the oral tales, that history is suddenly more honestly shared, she added.

“Our oral history and our DNA says that what we’ve been told in many cases wasn’t true. This project goes beyond any book. It’s an opportunity to look at where our history is coming from and where our stories are coming from.”

It’s also a chance to collaborate with someone she admires greatly, she said.

“The Chief is a very humble man, so he may not like me saying this, but I’ve been so honoured to work with him on this project.”

The Beothuk Story will air on NTV on Sunday, December 5th starting at 2:30 P.M. For more on My Indian, visit breakwaterbooks.com