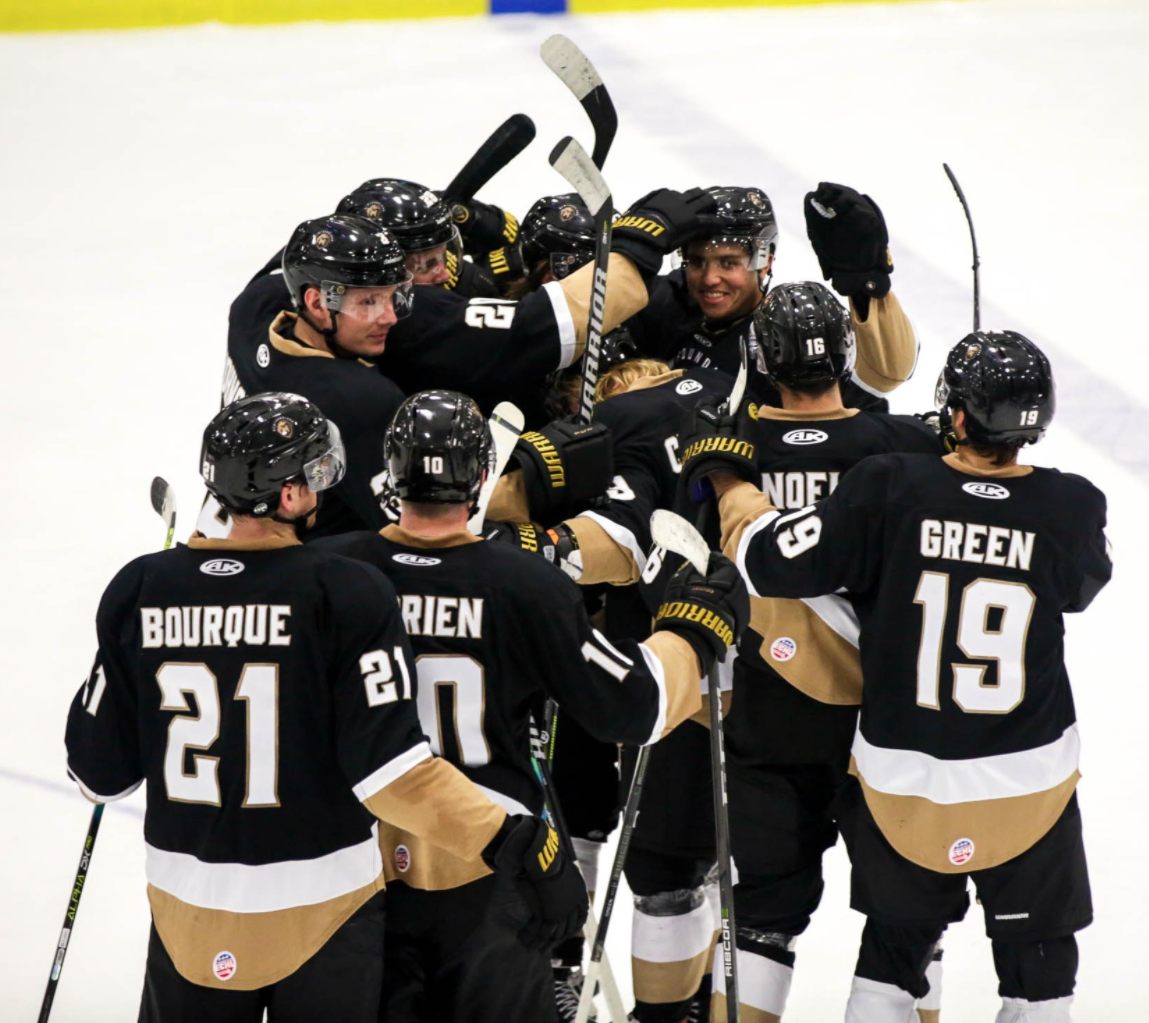 Nathan Noel’s dream to play professional hockey has seen the 24-year-old St. John’s native hit the ice across North America in roles demanding both leadership  and support, but Noel’s next assignment will see him return to The Rock to help a group of champions vie to regain a title they never lost.

Noel, a fourth round pick of the Chicago Blackhawks in 2016 and former QMJHL champion alongside the Saint John Sea Dogs, was amongst the earliest crop of signings for the 2021-22 St. John’s Growlers of the ECHL.

“It’s definitely a great opportunity, no doubt. And I’m just excited for it,” Noel shared in a one-on-one with The Herald ahead of November’s home opener.

“Right now my biggest concern is just getting back in the swing of things and getting playing in the pro-hockey circuit  and the Growlers have given me a great opportunity to do that. So I’m very thankful for that.”

Having spent his first three pro-seasons split between Chicago’s AHL affiliate, the Rockford IceHogs, and the ECHL – including stints with the Indy Fuel, Reading Royals and South Carolina Stingrays – Noel knows what it means to be an everyman on a roster. From grinder to scorer and locker room leader, he’s ready to take on many hats for the new-look Growlers. That includes blocking out any potential hometown noise and jitters. 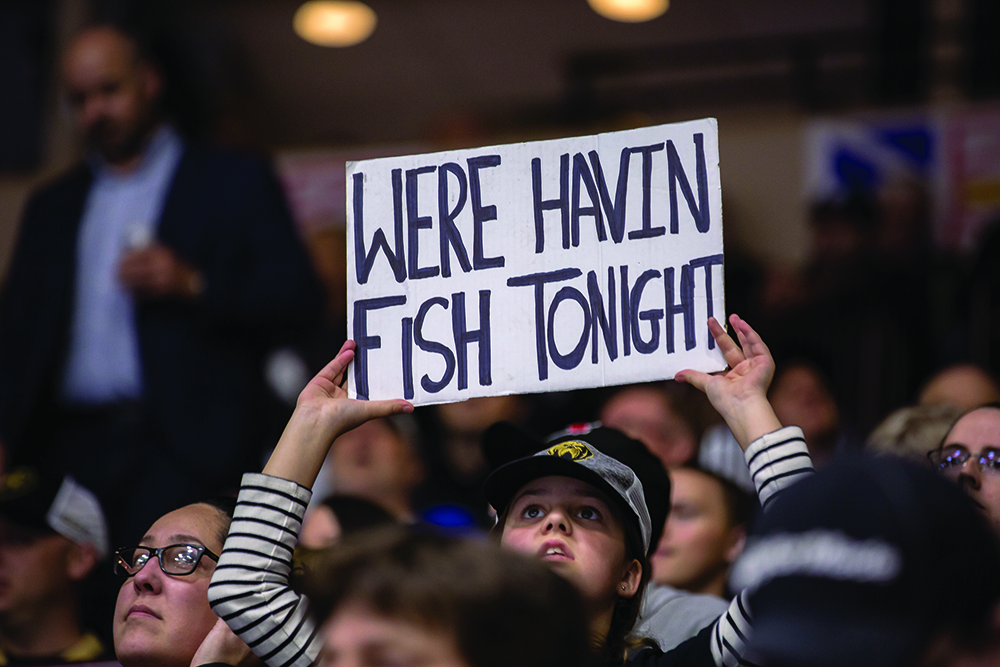 “It’s like anything,  like any other game you go into. You gotta stick to what’s going to help your team win and that’s kind of where your head has got to be at. Your head can’t be anywhere else,” Noel adds.

“But obviously, it’s exciting. Whenever you have family and friends watching you, you want to do well for them, too, so obviously it’s a motivator, but at the same time it’s just hockey. You got to play for your teammates and you got to play in the coach’s system and find a role for yourself on the team.”

Another in the recent run of promising Newfoundlanders and Labradorian pro-hockey prospect – a list that includes Alex and Abby Newhook, Dawson Mercer, Maggie Connors, Evan Fitzpatrick, and Clark Bishop among countless others – Noel proudly waves the flag of his home province both on and off the ice, particularly when it comes to inspiring the next wave of NL’s young hockey hopefuls.

“I think that you want to make your province proud and I think you said it, you hit the nail on the head. Right now our province is producing a lot of high level players and it’s just good to see you, because obviously this is a new era of hockey,” Noel comments.

“We haven’t seen a lot after Ryder and Cleary and all those guys, Teddy Purcell, Ryane Clowe, all those great NHL players who we grew up watching. Then there was a bit of a taper off for a few years. So it’s great to see that there could be a push for more Newfoundlanders in the NHL, which is obviously great to see and great for the province, because it’s good for our young here because they get to watch. They get to watch and realize that the dream is real, and that’s really the biggest thing is inspiring them.”

Noel, much like the glut of professional athletes who found themselves waylaid by the COVID-19 pandemic, took the downtime as an opportunity to retool his game and body, crediting much of his rehab and growth to trainer Ryan Power of Power Conditioning Inc.

“I mean it’s tough, obviously, when you’re not in the normal routine. But I was able to keep working out and keep running and doing conditioning, and I feel good going into this year,” Noel explained, sharing that while he’s missed the competitive nature of the game, his training alongside Power has proved to be instrumental in readying him for his run with the Growlers.

“That’s where Ryan Power comes in. He’s really helped me. My body feels a hundred per cent right now and he’s the trainer here in St. John’s for a lot of the guys here. One name you’d know is Alex Newhook. He trains him and a lot of us guys and Maggie Connors. 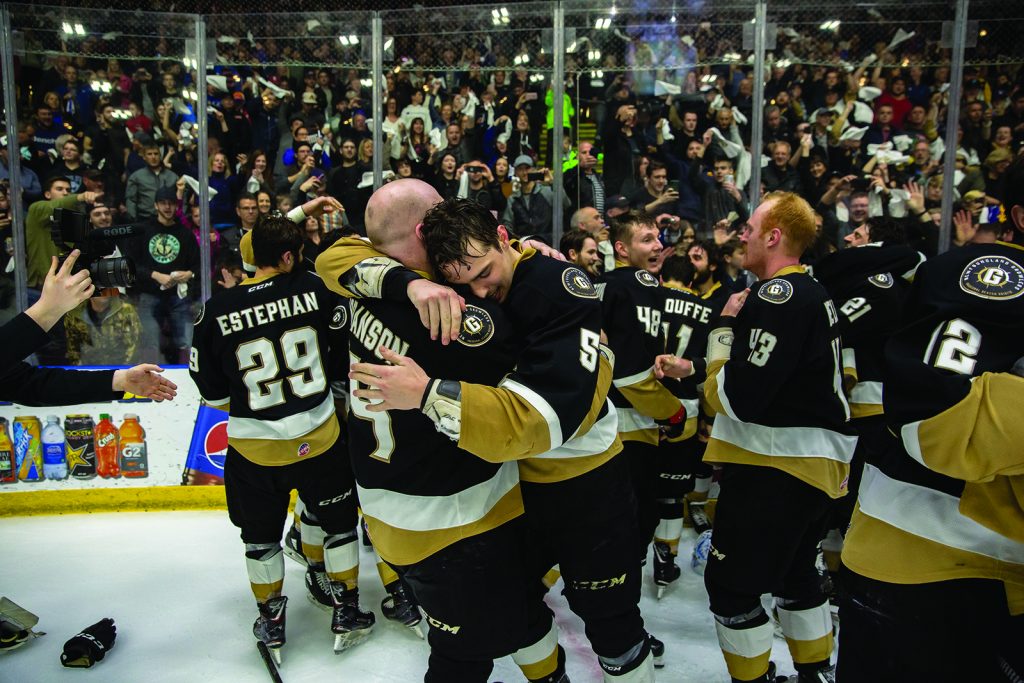 “I think that for me personally, he’s helped me a lot to kind of put my body back together. And you need that. Hockey isn’t exactly the easiest on the body. You need to rebuild your body in the offseason. He’s the best at that. He’s great. So all the credit to him for how my body feels right now after being away from the game for so long.”

And while Noel has built his body and mind to aid the Growlers in a legitimate run in the 2021-22 season, he’s also aware of the opportunity that comes with signing in the Toronto Maple Leafs organization, of which the Growlers are a proud affiliate.

“It’s outstanding. It’s first class and you hear so many good things,” Noel shared of the Leafs’ developmental system.

“So really I’m just excited to get going. It’s a dream come true to be a part of Toronto. They were kind of in my family. There was always a Leafs game on growing up, so it’s pretty cool to be able to be a part of that organization.”

Playing alongside fellow Newfoundlander and captain James Melindy, ex-Kelly cup-runmates Derian Plouffe, Todd Skirving, Garrett Johnston, as well as the possibility of ice-time with newly minted Toronto Marlies and fellow Newfoundlanders Zach O’Brien and Marcus Power, and Noel is well aware that the Growlers, under new head coach Eric Wellwood, could be well primed for a legitimate run at Kelly Cup glory once more.

“I’m just happy to be a part of it,” he shared proudly.

For tickets and more information on all things Newfoundland Growlers visit nlgrowlers.com