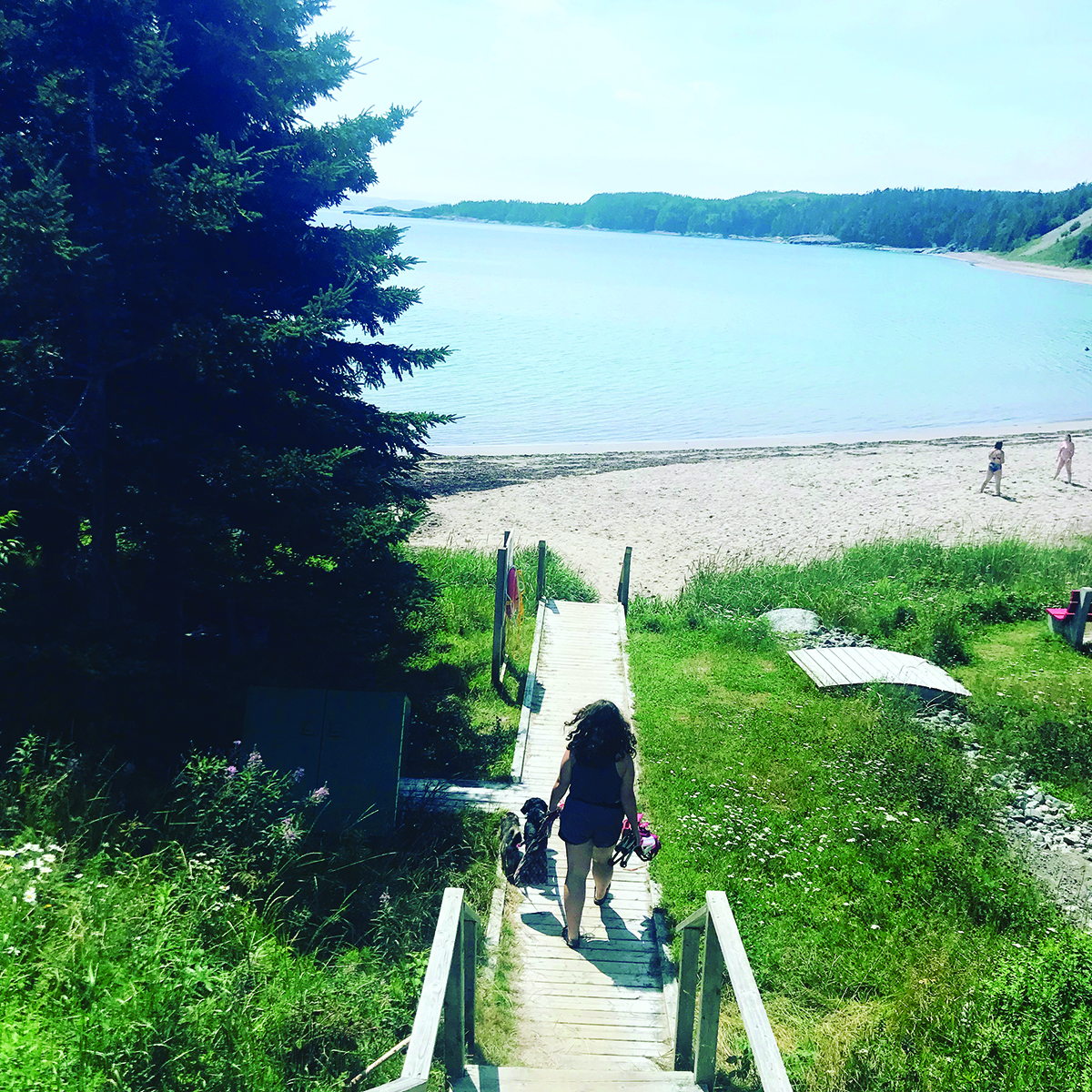 It’s been an interesting summer, and there’s certainly been much to celebrate. My daughter turned 14 for one thing, and we have had the pleasure of spending many a day together touring the province.

We’ve had some wild mother/daughter adventures. In Steady Brook, for example, we started the morning off with facials and pedicures at the Salt Water Spa at Marble Inn Resort and by the afternoon we were squealing with fear –and delight – as we tackled ‘The Spider Challenge’ at Marble Mountain.

A challenge it was, one I’m glad we faced together. There’s videos that will never see the light of day. Still, it was certainly an experience that will stand out for us both, that’s for sure.

That night, as a reward for a hard-day done, (and to calm our rattled nerves) we headed back to the spa to soak up some saltwater therapy. All’s well that ends well, right? We’ve enjoyed adventures on the high seas while fishing for cod and swung from a zip line over Petty Harbour. Now that was exhilarating! We’ve co-captained a paddle board through jellyfish infested waters and squealed with horror as we took turns knocking one another off into a sea of pulsating slime. Bonus points if the jellyfish were already dead when the dumping occurred.

We’ve hiked and raced our way to see waterfalls and to capture that perfect selfie on top of whatever cliff there was to climb and we’ve gone off-grid a time or two and (gasp) actually had to pull out our phones only for snaps instead of for snapchat. Fun times!

We’ve slept in lighthouses that captured our imagination and we’ve stayed in tents as well as in the most luxurious settings one could imagine. We’ve slept in the same room and settled in for the night floors apart. My daughter has chased and caught frogs and codfish and she’s read by flashlight in a tent as well as in a hammock over the ocean.

There’s been lobster pods and lobster cookouts. There’s been boating adventures where she turned green with seasickness, but stuck it out like a champ just so the rest of us could jig our cod quota. She’s sat in a car with dogs on her lap for hours and eaten whatever’s been tossed back over the seat at her when travel demands dictated that meal time meant sliced peppers and cheese from a sandwich bag used – and then reused  –maybe one too many times.

We’ve picked berries and plucked flowers, grateful to Mother Nature for her bounty, and we’ve peed outside when nature called.

Fires in central changed our throw caution to the wind philosophy when it came to adventure destinations and we had to be aware and alert, and caring for our two elderly dogs during one crazy hot summer also meant keeping their needs and wants in mind, too.

There were unexpected deaths within my friend circle as well as in my family while we were travelling and there were things that had to be shared and discussed and people we had to mourn over. It’s been a summer filled with experiences and growth. For both of us.

While we might not have literally taken the road less travelled on any of our adventures, the roads we did take certainly led us towards one brilliantly beautiful destination: togetherness.

At 14, there might not be many more such road trips for us, but my child, oh, the wonderful places you’ll go without me down this road called life.

I just hope her future travelling partner is as fun and as fearless as she is and that she’ll sometimes think of our times together – spider challenges, seasickness and jellyfish wipeouts and all – and smile. I know I will.