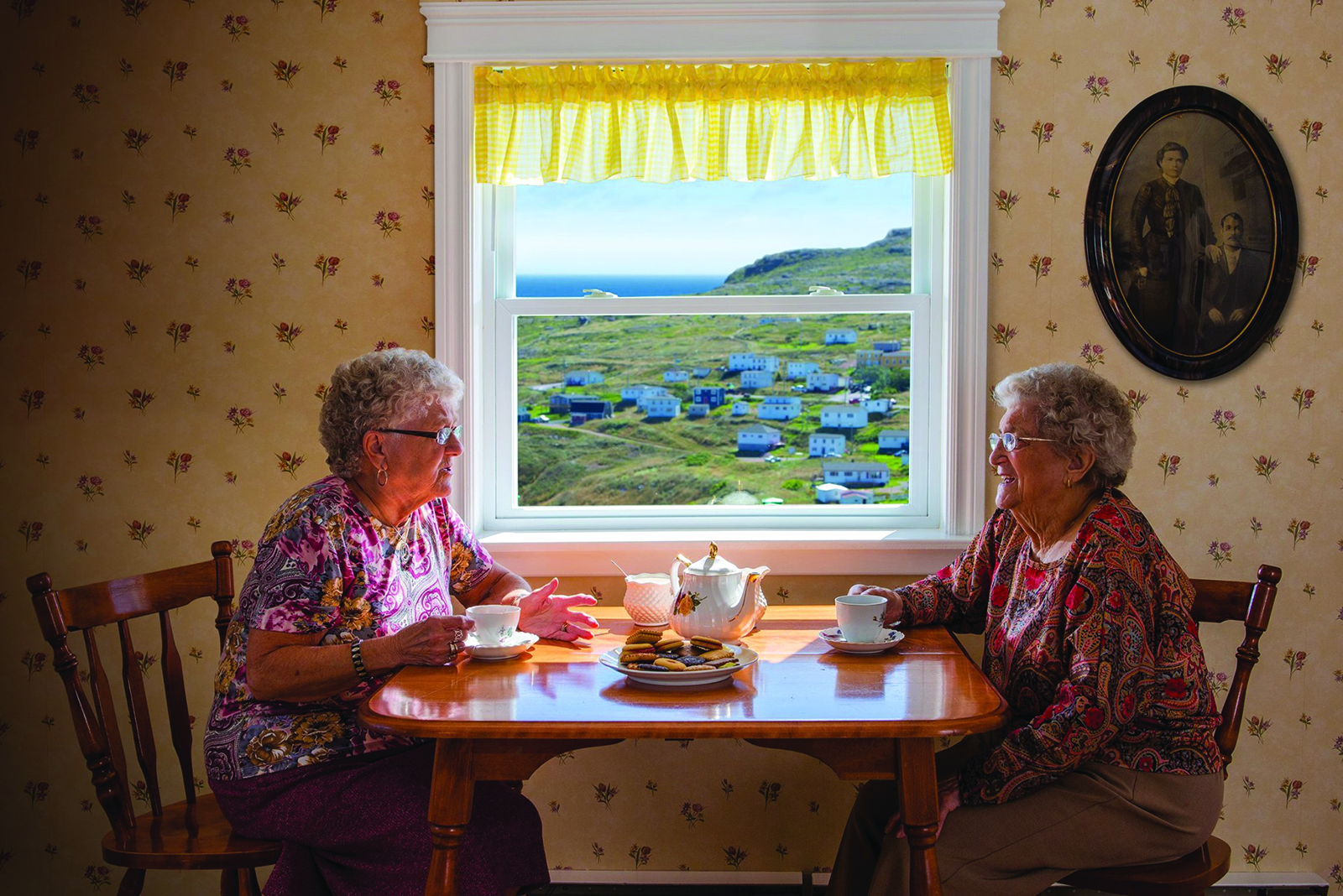 The Nobel Prize winning Irish poet William Butler Yeats often receives credit for the phrase, ‘There are no strangers here; only friends you haven’t yet met,’ and that sentiment applies perfectly to anyone you encounter throughout the province of Newfoundland and Labrador.

I’ve had the privilege of wandering around and exploring parts of the island this summer, and have had some pretty incredible yet totally random individuals cross my path. While it goes without saying that those I stay with or dine with and eventually interview open up and we form at least some sort of a connection and bond, it’s the casual ‘ships that pass in the night’ type’ encounters that really are the most remarkable.

Walking along a tree-lined, flower scented path at The Doctor’s House Inn & Spa my partner and I ran into another couple. The two men knew one another – they had worked together years prior –t hough buddy’s missus was a stranger to both my partner and I. As the two men became reacquainted, pausing on the path to do so, me and she continued our stroll along the sunshine lined trail.

We didn’t speak at first, just two strangers heading in the same direction, but I’ve never been one for too much silence, so I asked simply, ‘what brings you here?’ She opened up freely, as is often easiest with a stranger, and spoke, sharing she had just found out she had a terminal form of skin cancer and had decided to embrace the live-like-you-were-dying philosophy.

What had started out as a ‘white head’ on her face was now much more ominous, and she was dying. As this vibrant woman not much older than I walked me down the most beautiful azalea-lined section of the property, she spoke of embracing the time she had left.

I thought of her and her lifelong partner that evening at sunset and my partner and I spoke of the exchange. We sat a little closer and held hands a little tighter as we watched the sun set into the Atlantic behind Hopeall Island.

Of course, like ya would, we got to talking. The couple, from Massachusetts, were touring the island. He had roots in the area, and hadn’t been back in 30 years, he said. He had long dreamt of a return visit, and now, here he was with his wife. In the way it often happens in Newfoundland parking lots, we found out that buddy’s aunt had worked with one friend we had been dining with. While not a shocking moment, it was still worthy of a ‘yes b’y,’ utterance, worth noting how interesting it is that, if you gab long enough, you’ll eventually uncover a connection of some sort.

‘What brought you here?’

From students who’ve come from away for a dream summer job in tourism in the most beautiful place on the planet, to a woman traveling alone from Georgia who had worked briefly in Saskatchewan and proclaimed Newfoundland to be ‘the prairie province by the ocean,’ I’ve prattled brilliantly away with many I had never before met until our encounter this summer.

I’ve found out about colour-changing horses, chickens who’ve turned into roosters, talking crows, seagulls who act like drunken sailors, and horse-drawn riders that tie up traffic lights in parts of the states. Who knew? I’ve also learned the life-changing value in asking simply, ‘what brought you here?’

Sometimes a stranger’s response is the most priceless words you’ll hear.