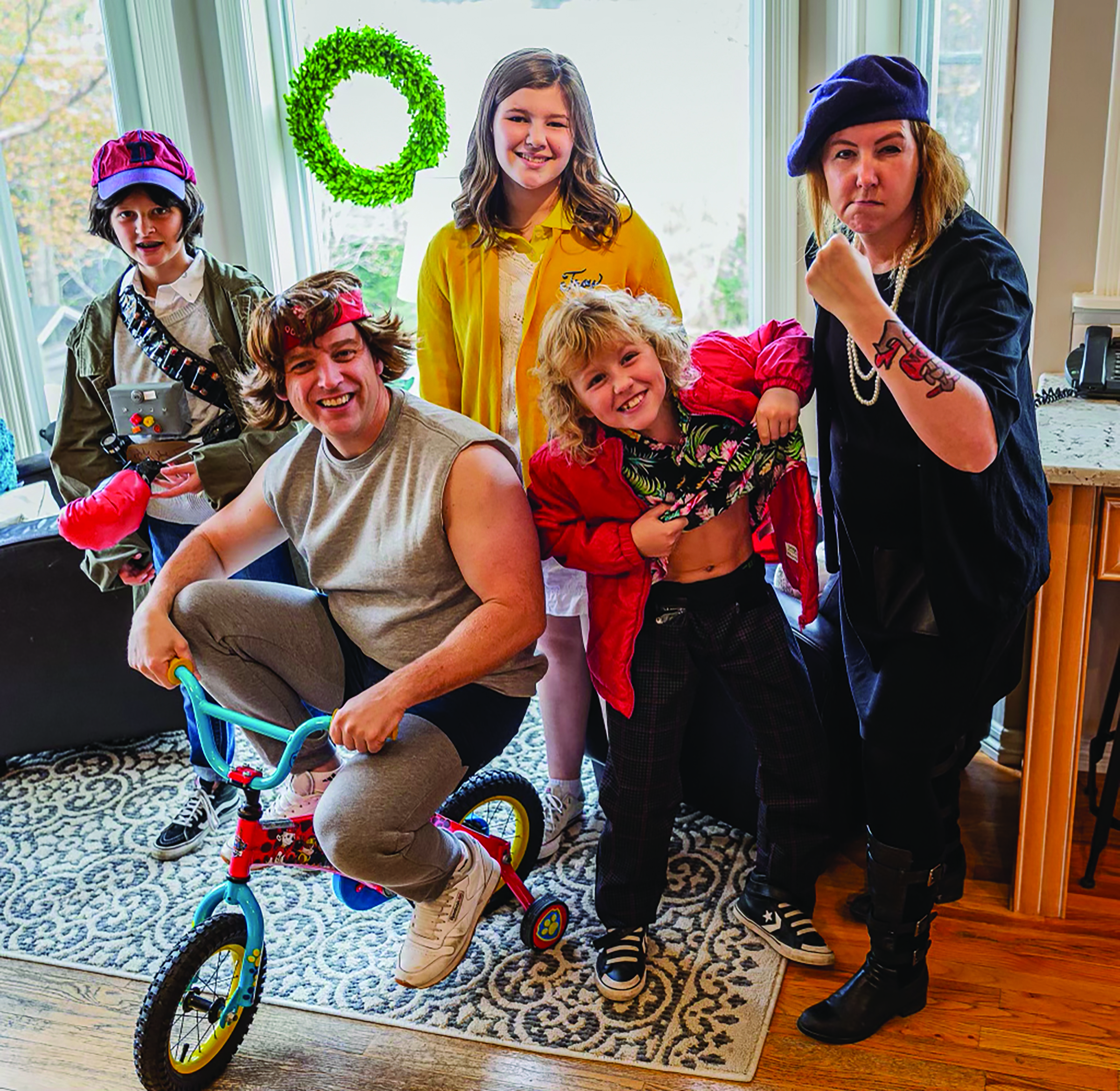 The Premier of Newfoundland & Labrador, Dr. Andrew Furey, and his wife, Dr. Allison Furey, keep family fun & tradition alive each and every Halloween

What’s not adorable about family themed costume planning come Halloween?  When the Furey family get going each fall, their creativity knows no boundaries.

While the Premier couldn’t be pressured one little bit into giving away this year’s dress-up theme, wife Allison gave Herald readers a hint by teasing; “I like the costumes where we get to be creative and get a little bit elaborate and have a little bit of fun with wigs and hair and makeup and stuff like that. But this year, we all wear masks.”

Not giving much away, so it’s onto other questions, including where did this quest for costuming come from?

Well, the Premier begins,  part of the joy of having three children – Rachael, Maggie and Mark – is that you really never have to grow up yourself when it comes to the fun stuff. From video games to dressing up like your favourite Star Wars character, being dad doesn’t mean being a dud.

Last year, The Goonies ruled the roost. The picture tells the tale of just how much they all get into the spirit of the spooky season. “The costume is a family decision every year and it’s been quite a bit of fun,” the Premier opened. Now, it’s not always an easy pick, either, he offered.

“It has become a source of great debate in our house, especially as the kids get older because obviously they have become attached to this, and they have their opinions.” After 15 years of family costuming, it’s getting more and more challenging to come up with ideas, he admitted.

“It’s harder and harder to come up with group things that everyone can agree on or that is not too common. We don’t want something that’s too predictable. The Goonies. Scooby-Doo. Another year we did characters from Dr. Seuss. We try to mix it up,” he said.

Since he is Premier, we ask about all the fabulous shows and movies that are being shot throughout this province of ours. Did the Furey family get any ideas from Peter Pan, we ask, trying to guess what this year’s theme might possibly be.

While he wouldn’t give anything away, he did offer that dressing up to visit Neverland would be an awful lot of fun. Who would he like to be?

“Oh, definitely, Peter Pan. I never wanted to grow up,” he said with a laugh.

The family has another tradition when it comes to Halloween. “We go to Taylor’s Farm and we take pictures and we all pick out our pumpkins … and then a couple of days before Halloween the five of us will pick an evening to carve the pumpkins that we have,” Allison shared.

As the kids have grown, the amount of help they need has lessened, but it’s a family tradition they all still seem to enjoy. “They pick out their pattern, and they may need a little bit of help from mom or dad, but they’re getting to the point where they don’t need our help so much, but they still ask, ‘when do we get to do the pumpkins?’”

Then, it’s photo time, she added.

“We set them up on in front of the fireplace there and take pictures and then we set them out the next day for Halloween and light them up.”

We ask the big question: which goodies do each of them rob from the children’s treat bags? The Premier steals Hawkins Cheezies. The Premier’s wife is all about those Reese’s Peanut Butter Cups.

We ask both if they have any message for those trick-or-treating throughout the province. “I guess the message would be to enjoy and be safe. Have fun and try to enjoy it as a family. It’s just a special time for kids in particular, but equally for those like me not wanting to grow up. It’s fun for adults too,” the premier said.

Allison takes a moment to reflect on her family. Times change, she offered, but that’s to be treasured too.

“Halloween is the fun part of family. We’re real people. We do all the same things everybody else does. We deal with the same things, too. Our oldest is fifteen so she’s technically too old to be out there getting treats so I think she’s going to man the door this year and see the other side of the experience on the Sunday night, but I’d say I’ll be picking her up from a Halloween party on the Saturday night before,” she said with a chuckle.

Her message for families this year? “My biggest thing would be just have fun. Enjoy it with your friends, and when it’s over, sort all your candy. Stay up late. Enjoy it, but don’t get too bad of a tummy ache.”