Prepare for Perrin: Wall of Chefs 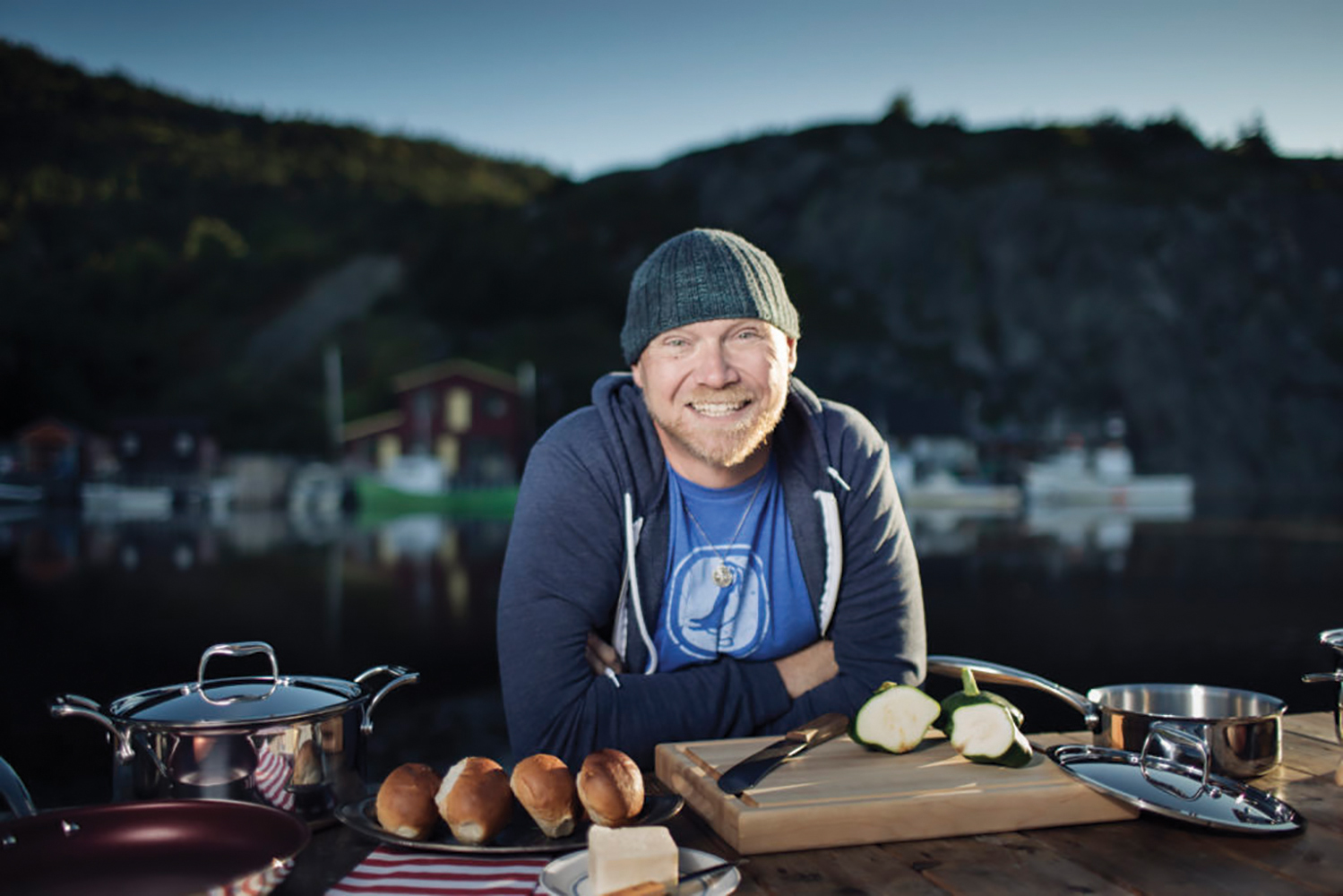 One of NL’s most celebrated celebrity chefs, Chef Todd Perrin, once again takes to “The Wall” to delightfully entertain and educate on Food Network’s Wall of Chefs

Chef Todd Perrin is well known in this province. As Executive Chef and Co-Owner of Mallard Cottage in Quidi Vidi Village, as well as at WaterWest Kitchen & Meats in St. John’s, Perrin has been serving up delicious traditional tastes of home using local ingredients in non-traditional ways.

Perrin has long been known for using the bounty available in the great Newfoundland outdoors – both on land and at sea – to create menus that delight and inspire. He isn’t one to shy away from the spotlight. In its first year, 2014, Mallard Cottage was recognized by enRoute Magazine as one of the “Top Ten Best New Restaurants in Canada.”

In 2019, Mallard Cottage was recognized as one of Canada’s top eateries, coming in at No. 17 on Canada’s 100 Best Restaurants.

Chef Perrin himself is a celebrity at home and abroad, competing on Food Network Canada’s Top Chef Canada and Top Chef Canada’s All-Stars and was a judge in season one of Wall of Chefs. Now Perrin is back and better than ever for season two of the show that pits home chefs against one another for a grand prize of $10,000.

So, what’s better? Competing or judging? Perrin laughs. That’s an easy one, he opened.

“Obviously, despite my career sweating it out, being judged by people by choice is far down the list for me. I do that every day in the restaurant business, so when I get asked to go on television, I prefer to not have to do what I have to do every day at work,” he laughed.

These television gigs, he continued, are as much about having fun as they are about educating others. “I think there’s a lot of fun to be had on (Wall of Chefs) and when you gather with other chefs from across the country, whom I respect greatly as trailblazers, then I’m just happy to be part of that culinary scene.”

The camaraderie and the experiences and the conversations he is blessed to have are amazing, he added. “The other things – the tips we share and the critiques we make – are beneficial to us chefs individually as well as to those competing and anyone at home watching,” he said.

Part of our Family

Wall of Chefs Season Two premiered on Food Network Canada on Jan. 3rd and back for another round of hosting is Noah Cappe, plus a Wall of 12 Canadian culinary giants. Intimidating? Yes. Exciting? Heck ya!

Where did Perrin acquire his love of food?

“I grew up in a in a pretty traditional Newfoundland household where mom and dad cooked every day. Our meals were not take out fast food. Cooking and eating was something that was always important to our family, and I think it’s just something that I carried into my professional life as I got older.”

Since he’s returned for season two, we ask what it is that fans love about him.

“I guess it starts with the land you were taken from. That Newfoundland sensibility, the way we describe things. Plus, my personality. We’re on the show to educate home cooks, to educate people watching at home, but it’s also the entertainment side and that’s not lost on me. If you can describe something in a way that’s interesting or a little bit off color or a little bit different then obviously that’s something that’s valuable.”

We ask about being in the food business in these COVID times. You take the good with the bad, Perrin shared.

“I would say it’s just always nice to have anybody come to the restaurant. If someone who’s well known comes and enjoys it and gives us a plug, that’s obviously beneficial for us, but our customers are our family. Whether you’re famous or not we treat everybody the same.”

Perrin treats his businesses the same as he’d treat his home: all are more than welcome. “We’ve been lucky that (Mallard) is a destination that people want to come visit … so we have had the good fortunate to have some high fliers dine with us, but having your grandma down for brunch is just as important. That’s kind of our legacy and we’re fortunate and grateful anytime anyone sits at one of our tables.”