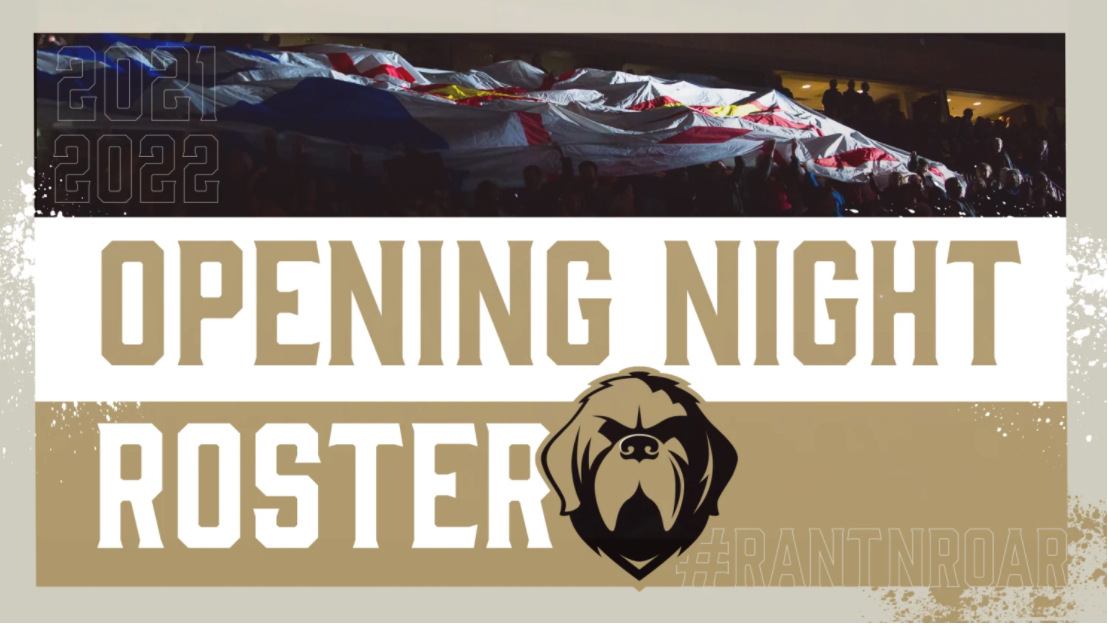 A crop of Newfoundlanders and Labradorians and returning favourites from the famed Kelly Cup run round out the Newfoundland Growlers 2021-22 opening night roster for tonight’s matchup against the Trois-Rivieres Lions. Full details courtesy of the Growlers below!

The Newfoundland Growlers, ECHL affiliate of the Toronto Marlies and Toronto Maple Leafs, are proud to announce the club’s 2021-22 Opening Night roster.

The Growlers roster consists of 24 players, including two goaltenders, eight defensemen and 14 forwards. Please see below for the full roster.

The 2021-22 roster features six returning players from the club’s inaugural season Kelly Cup championship squad. The season-opening roster features 13 AHL-contracted players, including 10 from the Toronto Marlies and an additional 4 from the Manitoba Moose.

Of the 24 players listed, four are native sons from the province of Newfoundland and Labrador, as well as ten Americans and eight additional Canadians.

The Growlers begin their third season in the ECHL on the road against their new Canadian rivals, the Trois-Rivieres Lions on Thursday, October 21 at Colisee Videotron. 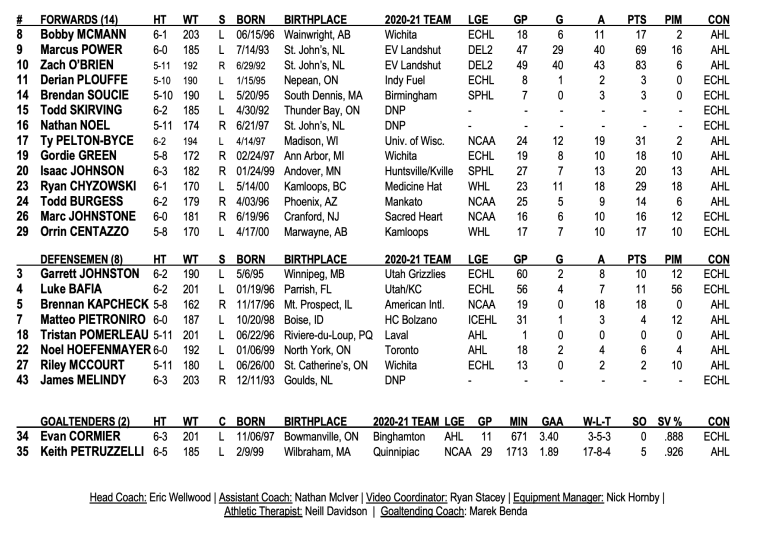