THE LEGACY OF GIVING: By NTV’s Jesse Stirling 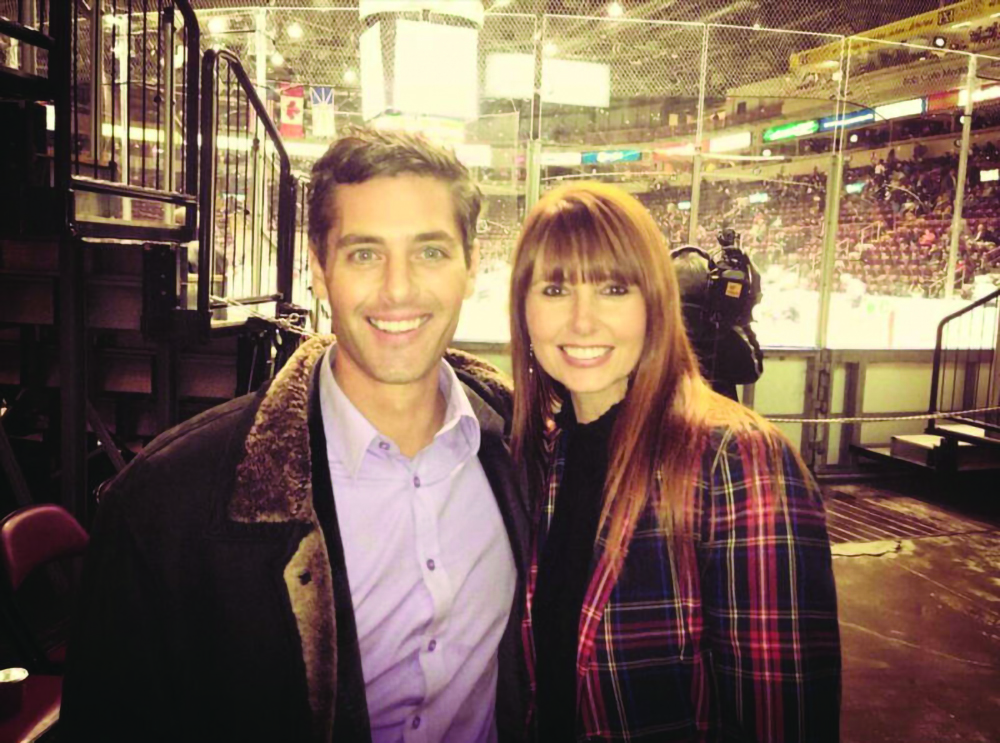 NTV’s Jesse Stirling recounts how the annual NTV/OZFM/Newfoundland Herald Teddy Toss came to be, spurring on years of generous and from-the-heart giving

What a year 2021 has been! The holiday season will be a welcome break for everyone. Stirling Communications (NTV, OZFM and The Newfoundland Herald)  just celebrated our 23rd annual Teddy Toss this month, with tens of thousands of bears and gift baskets being distributed to families in need across the province of Newfoundland  and Labrador.

It’s a sweet legacy of giving back to the community, and creating a fun night with a higher purpose.

The idea of a “Teddy Toss” came to me at a St. John’s Maple Leafs game at the old Memorial Stadium, when I saw a bunch of paper airplanes sailing onto the ice as part of a contest and thought: what if those paper airplanes were teddy bears, and given to kids who aren’t getting anything for the holidays. No child should be without a toy on Christmas. The Salvation Army stepped up to manage distribution, and package the bears with other essentials like blankets and food stuffs. The rest is history.

For a time I actually thought I invented the Teddy Toss concept, until finding out another minor league hockey team in BC had successfully pulled off the same concept earlier. Independent minds coming to the same idea. Pretty cool. Now it’s a holiday tradition all across North America – teddy bears being thrown out onto the ice at hockey games to give to the less fortunate.

Funny that we were one of the very first in the world to do it, right here in St. John’s. Newfoundlanders have a track record of giving more to charity (per capita) than any other province in Canada. This heartwarming generosity goes on display every year – whether it’s the Teddy Toss or the Janeway Telethon. It’s just awe-inspiring.

To finish the story: on that first Teddy Toss night, I was so worried that no one would bring a bear. Even though we had advertised the event on NTV, OZFM and in The Newfoundland Herald, the hockey team wasn’t doing great (games weren’t selling out), people were busy with other seasonal activities, and the concept was new. Moreover, a huge snowstorm hit St. John’s the night of the first Toss.

A half hour before game time, the stadium was practically empty with nary a teddy to be found. I felt defeated, deflated, and like I was going to cry.

Well, what happened next was a Christmas miracle. Thousands of people streamed into the stadium, almost every one of them holding a teddy bear to throw onto the ice. The game was a sell out, with the home team scoring the winning goal in a thrilling last-second manner. The Salvation Army band played beautiful Christmas carols, families were rejoicing and singing along, Buddy the Puffin was doing his thing and a Newfoundland Christmas tradition was born.

After the game, I delivered the footage we took of the event back to NTV. Right as I was walking into the Master Control Room at the television station, the MCR (Master Control Room) phone rang. It was my grandfather, Hall of Fame broadcaster and station owner Geoff Stirling! Geoff had taken a real interest in the promotion and wanted to know how the evening unfolded.

‘How was the Toss’ 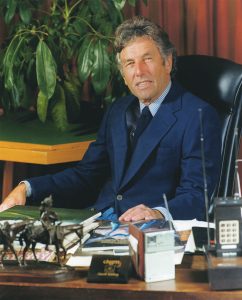 “How was the Toss, buddy? Did anyone bring a bear?“ Geoff asked. As I described the magic of the night, Geoff further inquired: “Do you have footage?” When I answered in the affirmative, he joyfully exclaimed, “Well, give it to the MCR operator, man! What are you waiting for?”

On NTV’s first commercial break we aired the two minute clip (with some scrolling text giving the footage context). Geoff was so thrilled. I don’t think my grandfather was ever prouder of me; I could hear it in his voice. Geoff concluded: “Close your eyes right now, buddy.” I did.

“Never forget this moment. This event showed that advertising with our media works; it has real power. And it’s a big responsibility to always use this power for good, and to give back to the community,” he said.

Well, I have never forgotten that moment. And I’ve always tried to use the power of our local media for good – to reflect the beauty of the province back onto itself. Newfoundland and Labrador is a special place to live, and it’s by having each others’ backs that we get through tough times. Teamwork makes the dream work.