The Sinking of the M.V. William Carson 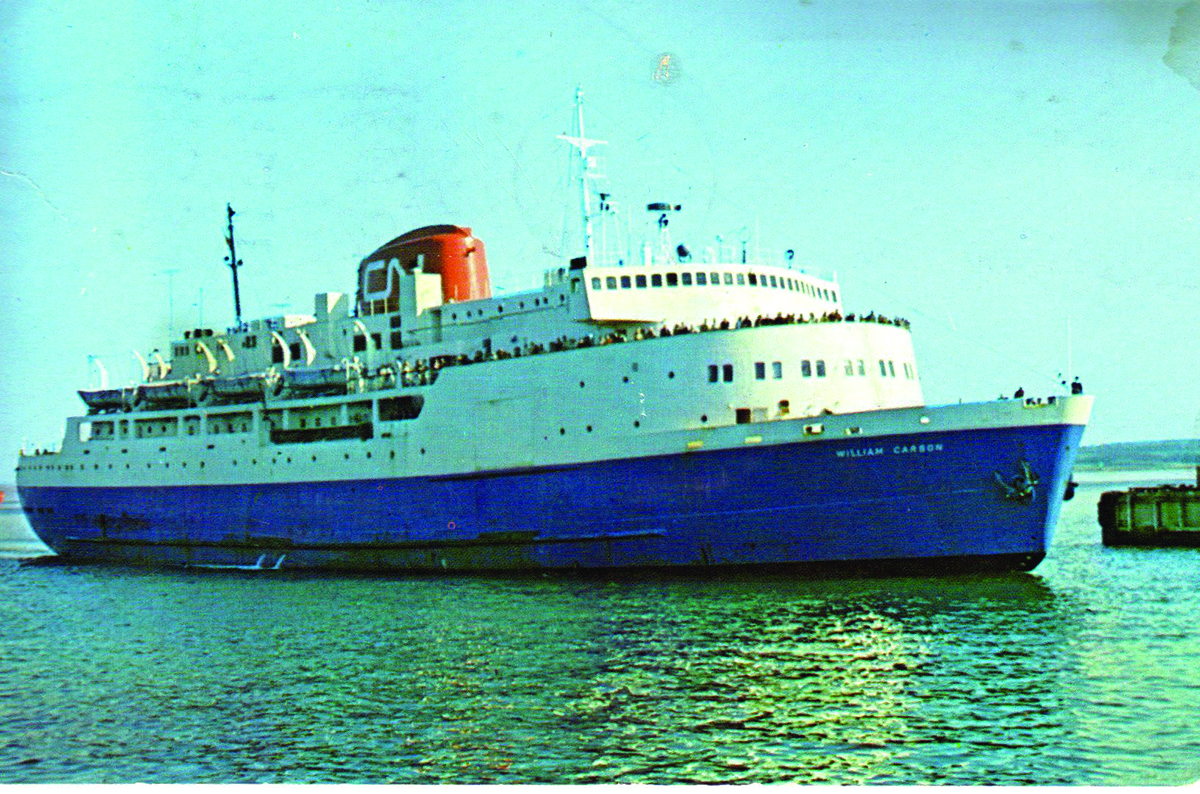 In this first hand account, one man recalls the sinking of the William Carson the night of June 2, 1977 after striking an ice berg

Sitting together in #4 Lifeboat with a huge tarpaulin over our heads, I heard one male passenger say: “I don’t care if she sinks now, or stays afloat all night, I’m happy!  I got a bottle of whisky, and we can all have a few drinks.”

The bottle was passed around with the caution to “…only take one mouthful.” 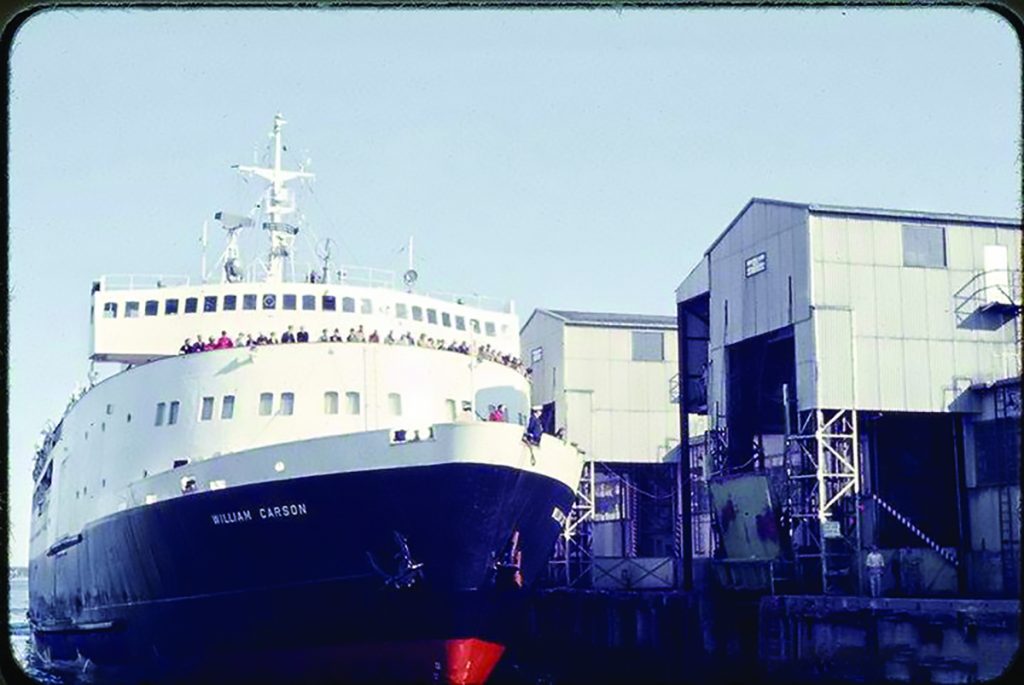 Then, seeing the figure of a man standing outside our tarpaulin, the man who had produced the bottle said, “…and give that poor old bugger a drink too!  He may be cold.”

Unfortunately, this was the worst thing that could have happened, for that particular figure standing sentinel outside was the crew member in charge of our lifeboat.

He announced in a rather loud voice that he was confiscating the bottle as it was against regulations. Morale for our little party seemed to wane a little at that point.  Huddled under the tarpaulin there were approximately 20 of us passengers that sat and waited. No one had been introduced to each other. We all sat there not knowing another soul. Later, I learned that some had come from as far away as California. Some smoked cigarettes, some told smutty jokes, some laughed, and some remained stoically quiet.

Everyone seemed tense, cold, and uncomfortable. Our lifeboat was now well beached on a large pan of ice. How on earth would we be rescued, I wondered to myself? 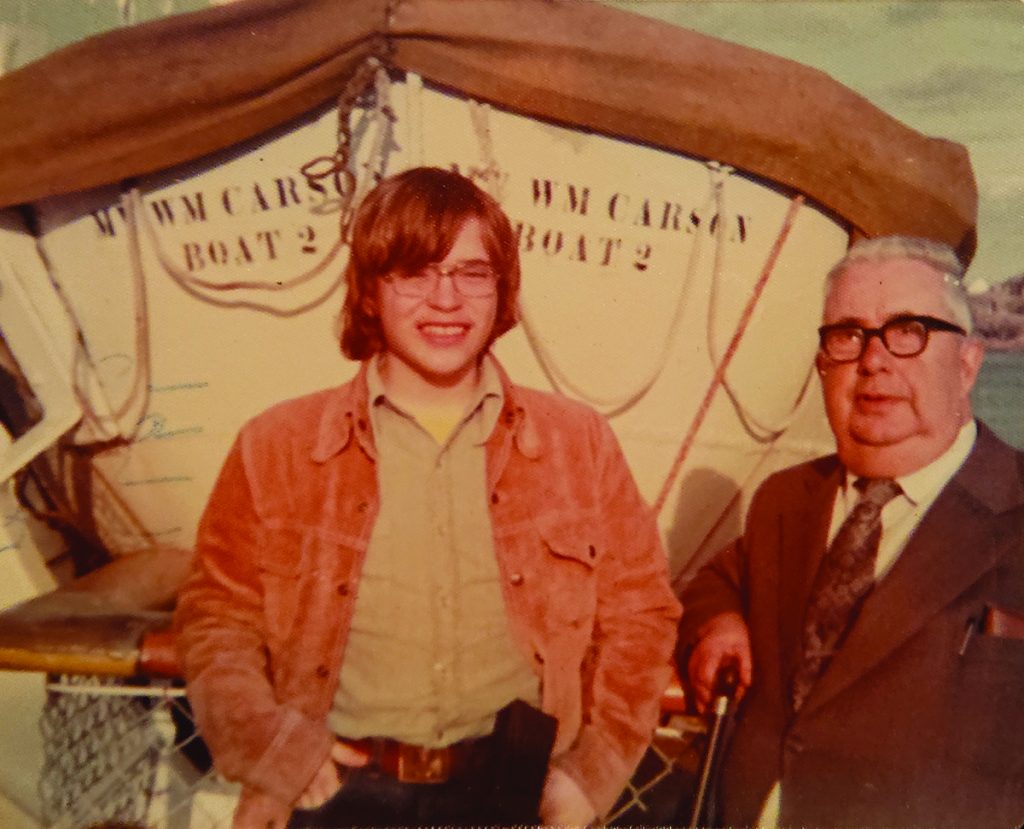 Less than 100 yards away loomed large the CN Ferry MV William Carson, mortally wounded by heavy ice. The 8000+ ton vessel, the pride of the CN Fleet, was slowly sinking yet her lights were all still ablaze – she reminded me of a giant Christmas tree!  The heavy ice had made a hole in her bow, and she sat there resting in the ice certainly doomed.

At 10:30 p.m. on May 31st, I had left my home in St. John’s for a round trip down on the Labrador to Goose Bay and return, a little adventure estimated to take eight days. The first port of call would be Lewisporte in Notre Dame Bay and this was reached at around 1:00 p.m. the next day.  We set sail from Lewisporte at midnight with one more scheduled stop in St. Anthony before leaving the security of the Island behind. We reached St. Anthony at 10:00 a.m. the next morning (June 2nd).

The proposed next leg would have us crossing the Straits, calling-in at Cartwright, and finally Goose Bay. We left St. Anthony at about 2:00p.m. and passed through open water for about three hours when the first ice was seen. Initially, it seemed easy to get through, but later on became quite close-packed and very difficult to penetrate. The ship was making slow progress. I was closely watching the tightly packed ice from the top deck, watching some birds, and hoping to see if any seals were around. I went down to my cabin three decks below to get a pair of binoculars. As I unlocked my cabin door, I heard a bell ringing, and noticed a large steel door starting to close.

I immediately made for the elevator but was stopped by a crew member who told me that the ship was in trouble, and go at once to my assigned boat-station up on deck. As I started to walk up the first set of stairs, I met another crew member coming down with a large pipe wrench. 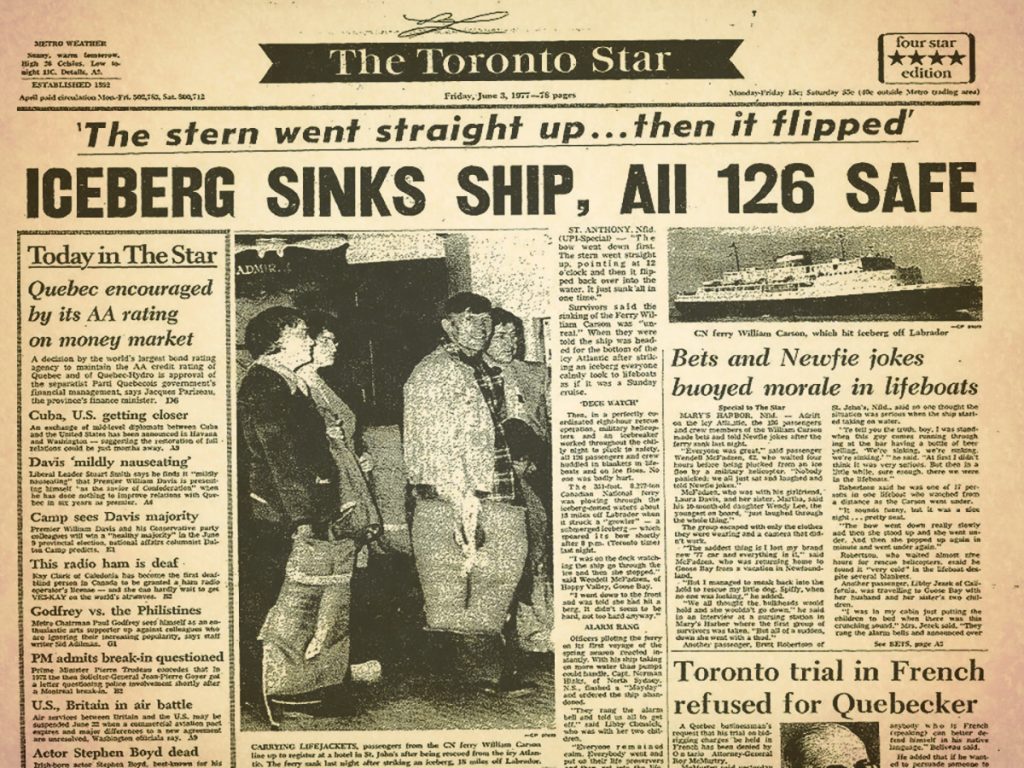 I asked him, “What kind of trouble is the ship in?” He mumbled something about the ship taking-on water, and told me to keep going up. Upon my arrival at the boat deck, the crew were all efficiently moving around, and all the passengers were there – some with small children in arms.

I heard someone say,  ”The  Coast Guard Ship Sir Humphrey Gilbert will save us – apparently she is only 65-miles away.”

Several passengers asked if they could go back to their cabins and try to save some belongings, but this was not permitted. They were told outright that it was too dangerous and the ship was unstable – it could sink in a hurry!  About that time there was an order from the bridge: “All passengers assemble inside.”

We were no sooner inside when the crew began handing out blankets and life jackets. We all assembled outside on the deck and were told to get in the lifeboats, which had by now been lowered to deck level. All passengers climbed aboard in a surprisingly orderly fashion. Three lifeboats seemed to be launched from the starboard side, and three were launched from the port side.

There was no water to be seen, and the lifeboats came to rest on the large pans of ice. By pushing and shoving with the oars as well as boat hooks we gradually managed to move somewhat clear of the ship – a distance of about 100 yards. The time was then about 10 p.m. The sky was bright and clear with only a light wind as we watched the huge ship slowly becoming more and more submerged at the head.

The Carson still appeared majestic, totally proud and completely illuminated, and she remained all lit up right until the very end. She was an electric diesel vessel, and as she sank power remained until the salt water reached her generators, which seemed to be situated near the top deck. She had been damaged some time just before 9 p.m. on Thursday but did not sink until about 2 a.m. the next morning, which was Friday, June 3rd. 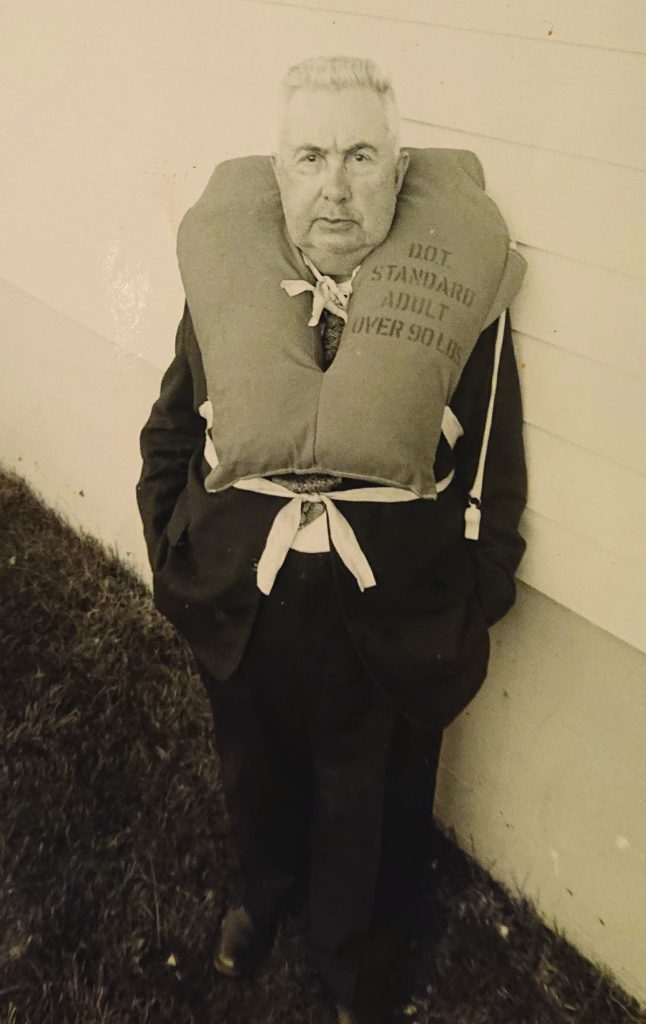 I had never seen a ship “die,” and those long moments watching the grand ship in agony saddened me quite a bit. She stood on end, her stern rising up in the air like a large building – all lights ablaze – her bow tipped forward. She looked like she was standing on her head as she went down halfway. At that instant, all her lights extinguished, and the entire ship went black.

There were some loud crashes and irregular thunderous bangs emitted from inside the hull. 20 or 30 seconds later, she slid beneath the ice tipping her stern over like an enormous whale slowly diving with about 20-feet of her keel along with her twin propellers clearly visible as she submerged. She disappeared!  Less than  five minutes after she was gone from our sight, the ice came together leaving no sign that a ship, or anything else for that matter, had ever existed there. It was as if she had been swallowed-up by the ice! The next few moments of intense silence were the strangest and strongest I had ever experienced.

In the lifeboat nobody spoke as we hauled our tarpaulin up again and somberly hid our heads feeling some shame. Our only option now was to settle in and await rescue with quiet reflection, and perhaps some prayers.  Around 3 a.m., we began to hear and see planes overhead. Flares were randomly sent skyward from our boat and others during that time frame.

Next, at approximately 4:30 a.m., a small helicopter arrived and landed on the ice. It took off again with some passengers from a few of the other lifeboats, which were about a mile away from us at that point. That small helicopter could only take four to five people at a time and was apparently flying those folks away to Mary’s Harbour in Labrador. Within an hour afterwards (maybe 6:00 a.m) a huge “Labrador” helicopter roared overhead, and came down directly on the ice near our boat. She took us all (at least 20 people), and once aboard, we were immediately flown to St. Anthony Hospital. Upon our arrival we were looked over by medical staff, given our breakfast, and permitted to phone our relatives who were desperately waiting for any news.

Following that fever of communications, the same big “Labrador” helicopter flew us all the way to Torbay Airport in St. John’s. Next, we were transported downtown by bus to the Hotel Newfoundland where we were treated like royalty. Well, I had my hopes set on an eight-day vacation but was back in St. John’s in less than three days. However, I got on television and radio, was interviewed on the telephone by reporters from the Canadian Press along with many other journalists, and I even got a ride in a large fancy helicopter!  I wonder what my 77th year will have in store for me?

All 129 passengers and 29 crew survived.