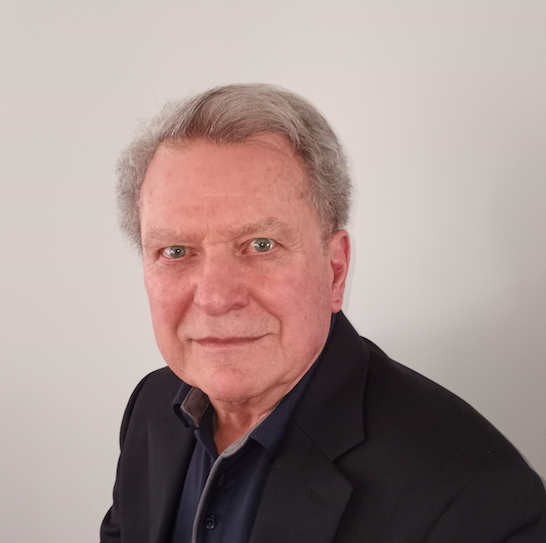 In his new novel, author Bill Rowe imagines a former British PM fascinated with his First Nations roots and driven by time to share his story

“You found the place,” Bill Rowe exclaims as I pull up to the driveway.

He greets me at the door of his writing retreat, an apartment in the shadow of Signal Hill. Rowe’s eyes are what you notice first, eager for the next exciting conversation.

Despite a career going back to the 1960’s – broadly distributed between politics, radio host, commentator, writer, and when he had the time, law – he’s not in any way “talked out.”

“What motivated me in life was writing,” he confesses.

“While I was on the radio – and after – I succeeded in putting together 13 books. When I look back on it, it’s a rather phenomenal thing for someone who was also practicing law. It was a busy time, so I was glad to get time freed up to concentrate on writing. It doesn’t make me write faster, but more thoughtfully, more profoundly.”

Writing tends to be a one-way conversation: the writer communicating thoughts and ideas to a reader. Yet, knowing who you’re writing for is a valuable consideration and Rowe says his time as an open line host and politician gave him and appreciation for how people in the province talk and speak to each other.

“Especially ‘around the bay,’ as we say in Newfoundland,” he adds.

“To hear people expressing themselves, the words they choose, the cadence of their voices.  Especially women!

“It really is fascinating and I try to make sure that gets into my prose, brought in through the dialogue, incorporating a lot of Newfoundland and Labrador words and idioms, that kind of thing. That’s what I took from being on the radio.”

Like so many born during or around the time of the Second World War, Winston Churchill has loomed large in the life of Bill Rowe. He says writing about ‘the great man’ had been rumbling around his mind “since I was a boy.”

“He spent the first two years of the War, if not feeling alone, seeming alone against the German rampage over Europe. It took a couple of years – and some serendipity – to get the Americans involved.”

Churchill, the man, was nearly American by birth. His mother, Jennie, was born in Brooklyn and it’s those Yankee Doodle roots that provided Rowe with a rich playground to imagine a Churchill who spends his remaining months on Earth exploring those roots by reaching out to a young student, William Cull.

Rowe relies upon his own experiences as a student in London during the beginning of the Swinging Sixties to open his latest book, The Reincarnation of Winston Churchill. The story centers on William Cull, a student from Newfoundland, who encounters a world that seems like one great salon of British culture. Cull sees early shows from comic actors who would later become members of Monty Python.

He befriends a pre-incarceration version of the novelist, Jeffrey Archer. Even a pre-fab Beatles get a cameo. So let there be no doubt of the setting.

Through circumstance and connections, Cull eventually comes under the gaze of Churchill. Rowe paints a portrait of a diminished political leader but still a man of fortitude and, as it turns out, gratitude for Newfoundland’s role in the War, both for England and America.

Soon, Cull becomes ever-present to Churchill as the young student can hardly say no to the man who has roped him into chronicling some of his final stories. Churchill has become besotted by his First Nations roots and wants Cull to record it for posterity.

“Churchill was very proud of his indigenous ancestry,” Rowe says. “One time, [U.S. President] Roosevelt said to Churchill, ‘You know, Winston, my ancestors were amongst the first to settle on Manhattan Island.’ And Churchill replies, ‘And you know, Franklin, my ancestors welcomed them here when they came ashore.’”

The Churchill of history is remembered with a complicated legacy; resolute and tactical at war, racist and imperial with many cultures not British.

Still, Churchill fought for the statehood of Israel and it’s that side of the man which Rowe chooses to produce the former prime minister’s curiousity about his indigenous heritage.

Yet, rather than have an affinity with their connection to the Earth and its precious eco-system, it should be no surprise a warlike lad like Churchill muses if his indigenous heritage has somehow made him the warrior he has been.

“Churchill said he knew he was a man of destiny. He recovered from accidents and attempts to assassinate him. At one point, William Cull asks the PM’s secretary, Montague Brown, if he might die before he finishes telling this story.

“And Churchill predicted the day of his death, in January of 1965, 70 years to the day after his own father died.”

Perhaps impending demise creates the manner in which Rowe’s version of Churchill speaks throughout the book.  Less “we shall fight on the beaches…” and more a man manic to finish this business and get his story told.

By novel’s end, Bill Rowe may be asking readers who have descended from European settlers and colonists, if they can see that it’s still possible to reconcile our past and heritage. Despite the passing of decades, even centuries, it is not too late to tell the stories.  And for Rowe, this was a story he had to tell.

For more information  on Bill Rowe and The Reincarnation of Winston
Churchill and to purchase a copy, visit boulderbooks.ca or on their social medias.

One thought on “WRITING WORLD | Bill Rowe Takes on Churchill”