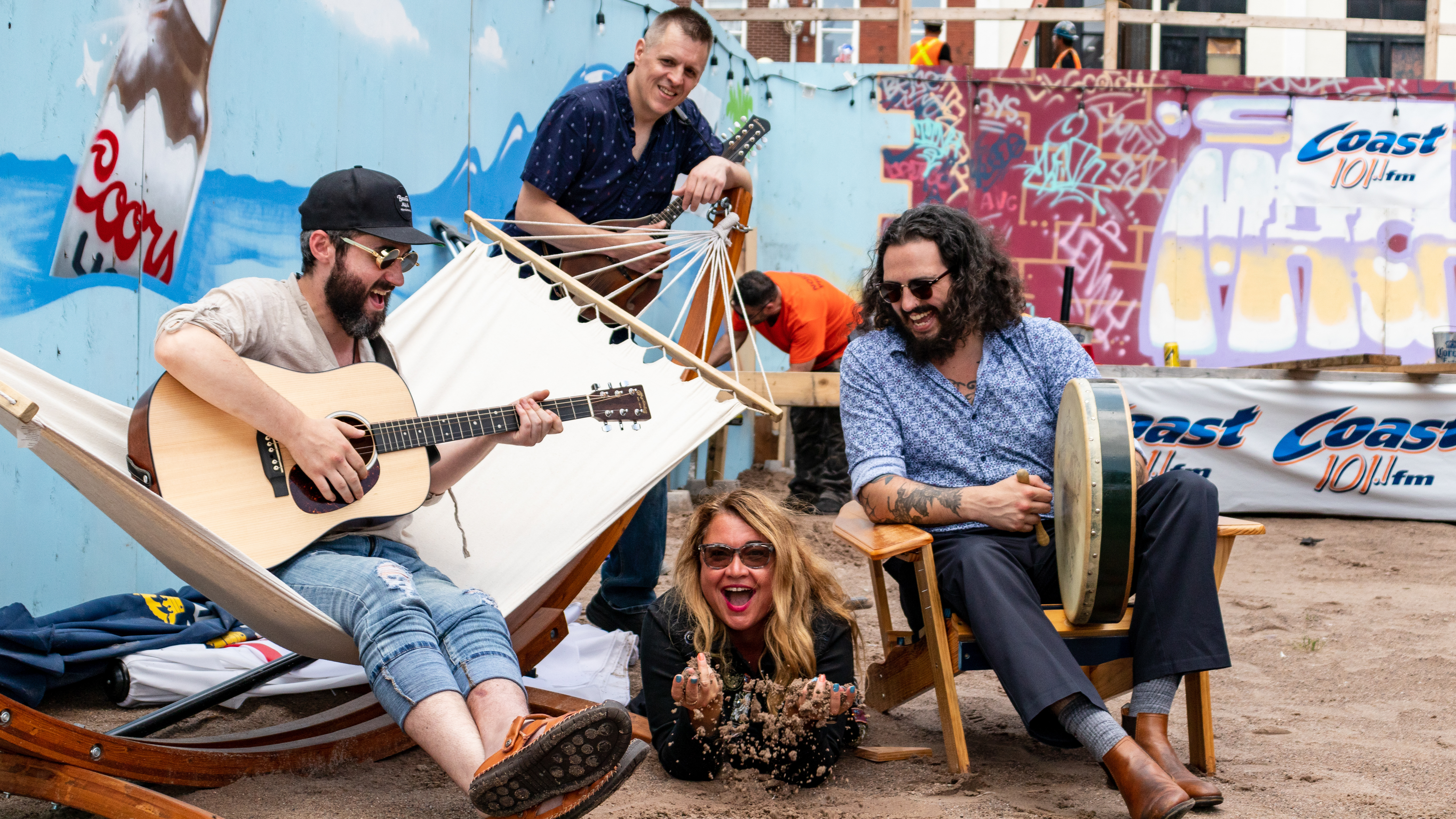 Hosted by The Herald’s Pam Pardy, it’s a kitchen party to remember in a year few can forget

The b’ys from Down From Dublin are excited, and few could blame them. As we fool around on the sand at Murray’s Beach in the Murray Premises as we take a few promotional shots for the upcoming Kitchen Party at the Beach slated for August 20th and hosted by yours truly, Matthew Dominic, Brandon Walsh and Sean Skiffington share the reason behind their palatable anticipation.

PARTY OF THE SUMMER

“We’re calling it the biggest dance party of the summer. The big one after getting our normal back. Fingers crossed for the lifting of the restrictions as planned, of course, but be ready to dance and sing and rock and roll and be with each other again for the first time in a very long time,” Walsh said. “It’s going to be lots of fun. Not one to miss, for sure. DJ Noof and Peter Fewer and Leigh Brockerville and Aubree Lambe plus some special guests will be joining us. Plus there’s you,

Pam Pardy from The Newfoundland Herald as our MC, so there’ll be laughs for sure,” Dominic added with a chuckle.

While the main band will be performing their hits like the rollicking Kitchen Party, the fun Down on George Street and the touching Hold Fast, the fellas will be joined by a full band to amp up the fun.

The weather is always a factor, but the fellas are hopeful that this will be a guaranteed good time had by all.
“We’re looking forward to what we hope will be a big ol’ sunny day in August but either way we’re going to have lots of fun on the beach,” shared Walsh. As Dominic holds yet another pose for the camera, his smile is contagious.

“We’ve been playing a lot this summer and obviously with the restrictions that we’ve been under, the crowds have been down trying to keep the guidelines in place and keep social distancing followed so we’re excited to have what will hopefully be the first full-capacity evening in over a year. I’d love to see a big group of people out enjoying the sun and the music as we get back to normal and celebrate that in Newfoundland style, by holding a big, fun, kitchen party on the beach in downtown St. John’s.”

To purchase tickets to Kitchen Party at The Beach, click here