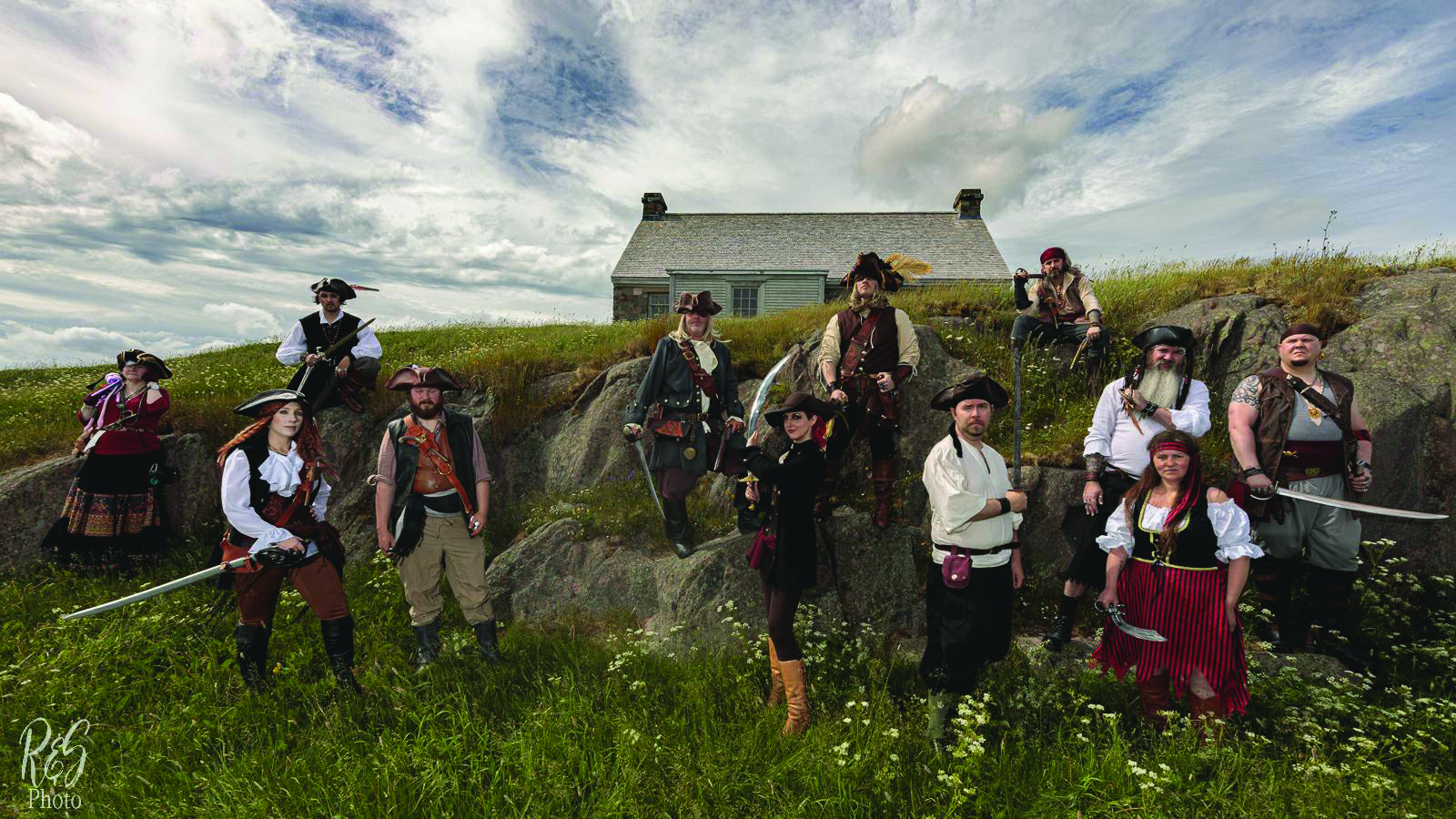 Meet the Raiders of Avalon, a spirited pirate crew and provincial treasure you don’t need to dig too far to find

Rod Hand’s pirate transformation began with an interest in buried treasure. Hand, who also goes by his pirate name Captain Flint Locke, explained how hunting treasure as part of Diggin the Rock Metal Detecting Facebook group, was really the start of it all.

“I asked Gary Murrin, who is another group member and also a leather maker at Valgar Leather and Forge, to design a tricorn hat for me to wear as part of a pirate costume. It was just so incredible that things just snowballed from there,” he shared.

Walking the plank is not required to be a member, he added cheerfully— for a pirate.
The Raiders of the Avalon Pirate Crew boasts more than 160 pirate impersonators prepared to pirate-up to attend any event held across the province.

“We have a wide range of enthusiastic members in the group. Law enforcement, lawyers, artists, business people. Everyone wants to be a pirate,” he said with a laugh.

Formed long before the news that parts of Disney’s Peter Pan & Wendy would be filmed in this province, it was really Hand’s love of history, and of fun, that inspired it all.

“I think people needed something to make them smile. They needed some reason to come back outside and to be able to be entertained and to have their imagination sparked,” he said.

The King is Back in This Week’s Newfoundland Herald | YouTube

So much of Hand’s exploration of this place we call home led back to piracy, he added. The legacy of the greats – like Peter Easton – provided motivation.

The “dress up” aspect is part of the allure, he added. “My jacket came from a company in Japan and the boots too. But a lot of the guys are actually making their own. You just go into one of the thrift stores and grab what you can and cut it up and make it work.”

If you’re interested in seeing pirates this summer, just keep your eyes peeled as they can really be anywhere. “The city of St. John’s asked us to go down to the waterfront last weekend and there was a ship and we were asked to go on board and everyone loved it. That’s pretty cool.

We do stuff downtown around the pedestrian mall. And it wasn’t just kids that were enjoying it, it was adults too. Young and older people just loved it and we loved being there,” he said.

There’s an event in Carbonear coming up, a visit to the Matthew in Bonavista, and an event at the Royal Newfoundland Yacht Club. Trepassey is holding a Pirate Festival in September and the Raiders have been invited along for the merriment there as well.

Getting out there and spreading joy is why he brings Captain Flint Locke out and about, he added.

“Seeing people’s faces, especially the kids faces and they’re like, ‘oh, my God, it’s pirates!’ I guess, where everybody’s been locked down for the last two years and stuck in the houses, this is entertainment, and it’s outside. It’s safe.”

For more, join the Raiders of Avalon on Facebook

One thought on “ENTERTAINMENT | Pirates on the Peninsula”