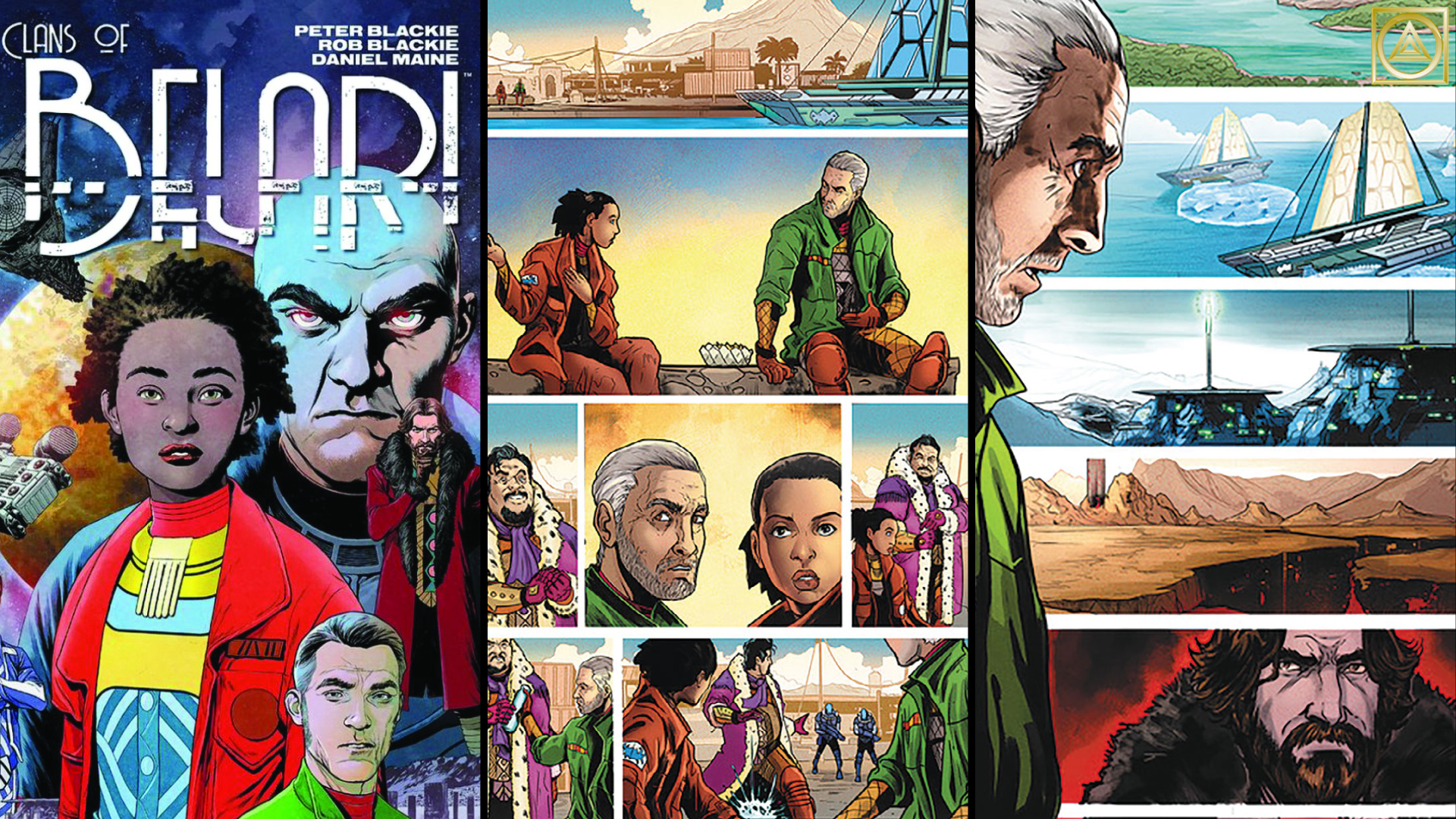 From the small screen to the page, creative brother duo Rob and Peter Blackie delve into the world of comics with Clans of Belari

You know their work. Republic of Doyle, Caught, Little Dog, Frontier. The Blackie Brothers, Rob and Peter, are two of the preeminent authorities in the film and television world in Newfoundland and Labrador. Now, the longtime producers, writers and general jacks-of-all-trades are taking their talents from the screen to the vibrant world of comics.

This summer, the Blackie Brothers released Clans of Belari, a world-bending sci-fi series with artwork by Daniel Maine.

“The book is about an orphaned outcast girl teaming up with a crusty old pilot to take on the power structure of a feudal dystopia set in humanity’s future on the far side of the galaxy,” shared Peter in a release ahead of the series launch through Aftershock Comics.

“I am excited for it to come out so that people will have the chance to see the brilliant work that Daniel Maine has done in realizing the world and characters of the story with his beautiful drawings.”

Clans of Belari transplants readers far from the here and now. On the far side of the galaxy, an isolated branch of humanity is trapped in a feudal dystopia. Order is maintained by a system of oppression until an orphaned girl and her incorrigible adoptive father sow the seeds of a revolution and unite the clans against a fearsome alien threat.

“For a long time, we have been interested in a sci-fi story that imagines what life could be like for a human establishment on a distant planet facing similar struggles as we face on the Earth today,” explained Rob.

“As soon as we travelled across the galaxy, so to speak, it opens up the fantastical and what we sometimes call space magic of the genre. That’s just exciting and fertile territory for exploring character and story.”

The creative duo — who has been a key cog in the boom in the film and television industry here in Newfoundland and Labrador through Take the Shot Productions — have been long-collaborating partners for decades, making the most of a bond that only siblings can understand.

“Working with family is incredibly rewarding. And it’s difficult, but in our case it’s difficult for all the right reasons,” Rob explained.

“We really appreciate the importance of critique in any design or creative endeavor, and being brothers allows us a very high level of directness and bluntness through a critical lens without running the risk of permanent fracture. Being brother’s gives us a form of consensual, respectful disagreement that is special to the creative process.”

As to why the brothers took the leap from the screen to the page?

“The wonderful thing about comics vs tv and film, is that in a comic you can represent the internal space of characters as you might in a novel, but the storytelling is primarily still a visual medium,” shared Peter.

“The other great thing about storytelling in comics is the vast amount of story that can exist between panels – this really maximizes the engagement of the reader so that by design the process becomes collaborative.”

Issue number one of Clans of Belari is available now, with issue two dropping on August 11th. Visit aftershockcomics.com for more information and visit your local comic book store to purchase issue one today!