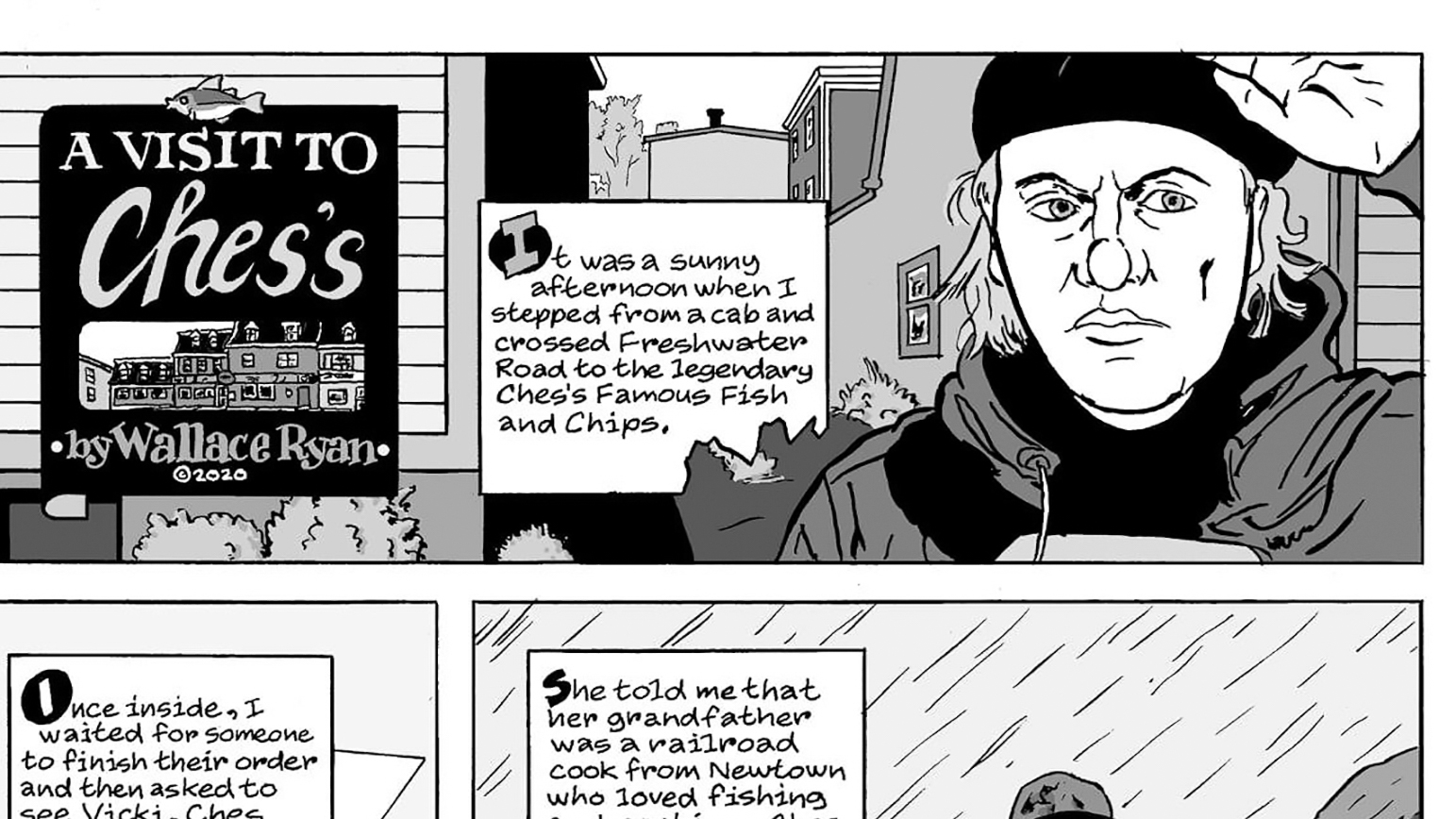 For Wallace Ryan and generations of dreamers, comics serve as the coming together of art and story; a big bang of ideas and illustration that spark creativity and slide readers down a rabbit hole of innovation and limitless imagination

You don’t receive the title of Godfather of Newfoundland comics by accident, but when it comes to the wild and wacky cartoon world of Wallace Ryan, life sometimes plays out stranger than fiction.

Ryan, an artist and lifelong fan of all things comic-centric, has been at the hub of the ever fluent world of local comic culture since the mid-1980s. His infatuation with the larger-than-life characters and compelling stories that practically leap off the page goes back even further.
“It was DC Comics,” Ryan recalls in between serving regular comic collectors on a sunny weekday at Downtown Comics in St. John’s.

“I was like three years old and I can still remember, and you know people say you’re crazy, you can’t remember that, but I do. I remember I read Atom and Green Lantern comics and I used to draw my own comics from them. And I actually learned how to read and write from comics because I guess somehow I made the connection between the word balloons being what people are saying and then sort of putting together all that. And by the time I got to kindergarten, I could read or write on my own. It still amazes me like, how the heck did I do it? It was the fact of having the images with it that made it even easier to do. I sort of fell in love with them.” 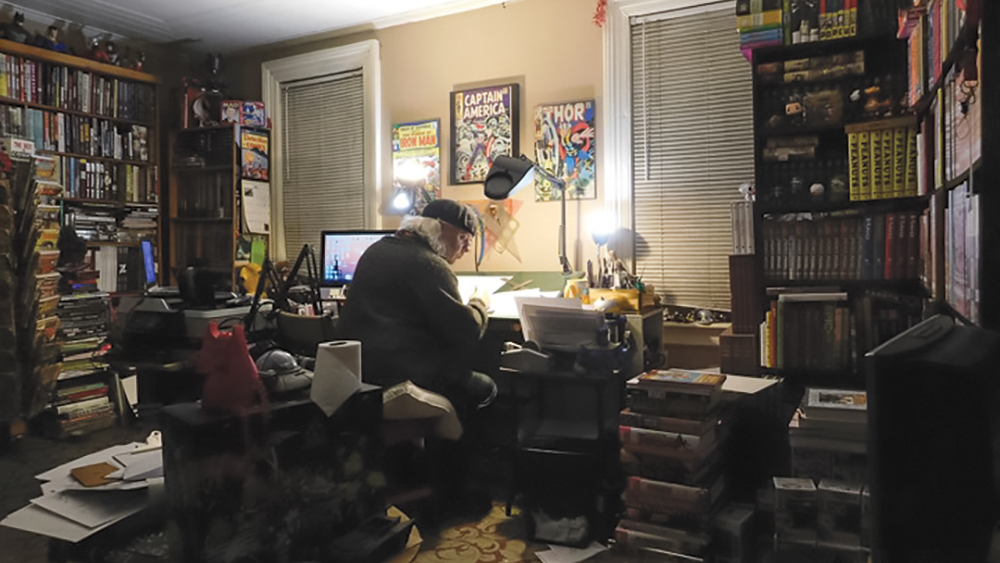 Fast forward to his early teenage years, and it was DC once again, the Legion of Superheroes series, that would reel Ryan in hook line and sinker, into the art form that would dominate his life.

“That was the gateway drug back into it,” Ryan explains. “I read it, and then next thing I was buying more and more comics. It’s a lifelong addiction. Sure, you do get a break from it every so often, but I went insane from then on.”

Alongside friend Gerry Porter (who would become a collaborator in the creative process), Ryan became hooked to what he described as an almost underground world of comic collecting.

This was, after all, the 1970s, far removed from billion-dollar superhero film franchises and sold-out comic conventions. Comics, and ‘geek culture’ wasn’t exactly in vogue.

“Back in the 70s, it wasn’t as big. And not as many people do it then as now” Ryan shared. “I mean, back then, if someone saw me reading comics they’d beat me to death with a backhoe that afternoon in the playground (laughs).” 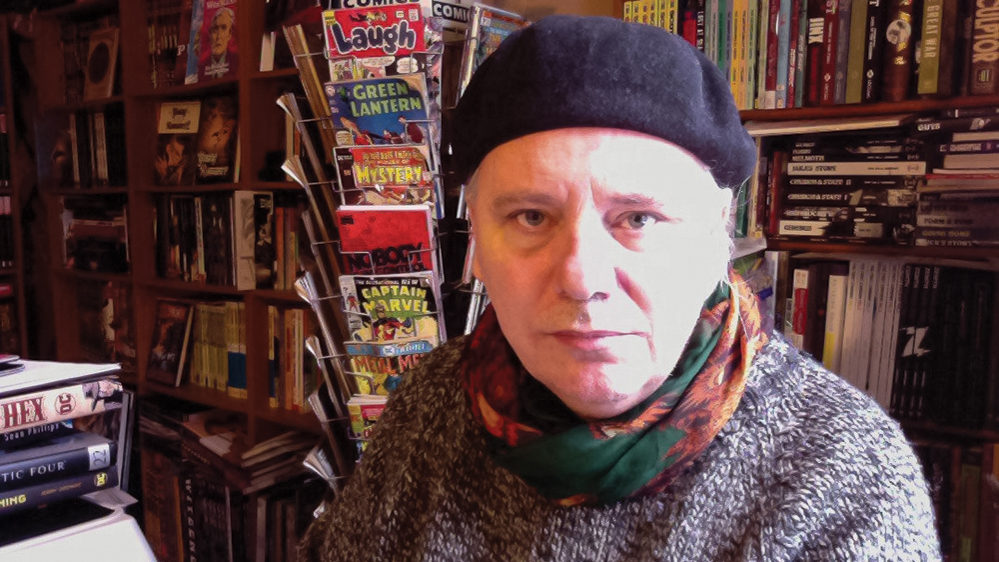 “Myself and Gerry, we felt part of an underground movement. I mean, I remember we talked about and we felt very strongly about it, that the comics that we were doing, that this was art and we knew so-called serious artists, especially back then, who didn’t consider it real art.”

Taking his talents up-along, Ryan would enlist in the Ontario College of Art and Design, a program of study that would see the self-described “art-punk” learning to shape his game with stints in Toronto and New York City.

“I figured I’d known as much as I could and I’d read some books on it, on the storytelling aspect of comics, so I sort of mastered a lot of the theory of it. But when I went to OCA, the main thing and like all first-year students, you start with figure drawing,” Ryan explains.

“I’d gone there thinking, ‘I just want to be able to draw my figures better’ and within like two months of starting art school and it wasn’t even anything conscious, I noticed that the figures suddenly in my strips that I was drawing began to gain volume and began to come alive.

“I was a bastard when I was in school,” Ryan laughs. “I was one of those art punks. But I knew enough that whatever they’re teaching me is obviously working.”

Fast-forward two decades and Ryan had established himself as a major player in the graphic design and artistic world, working both locally and abroad on a host of projects, and launching a series of successful ventures. 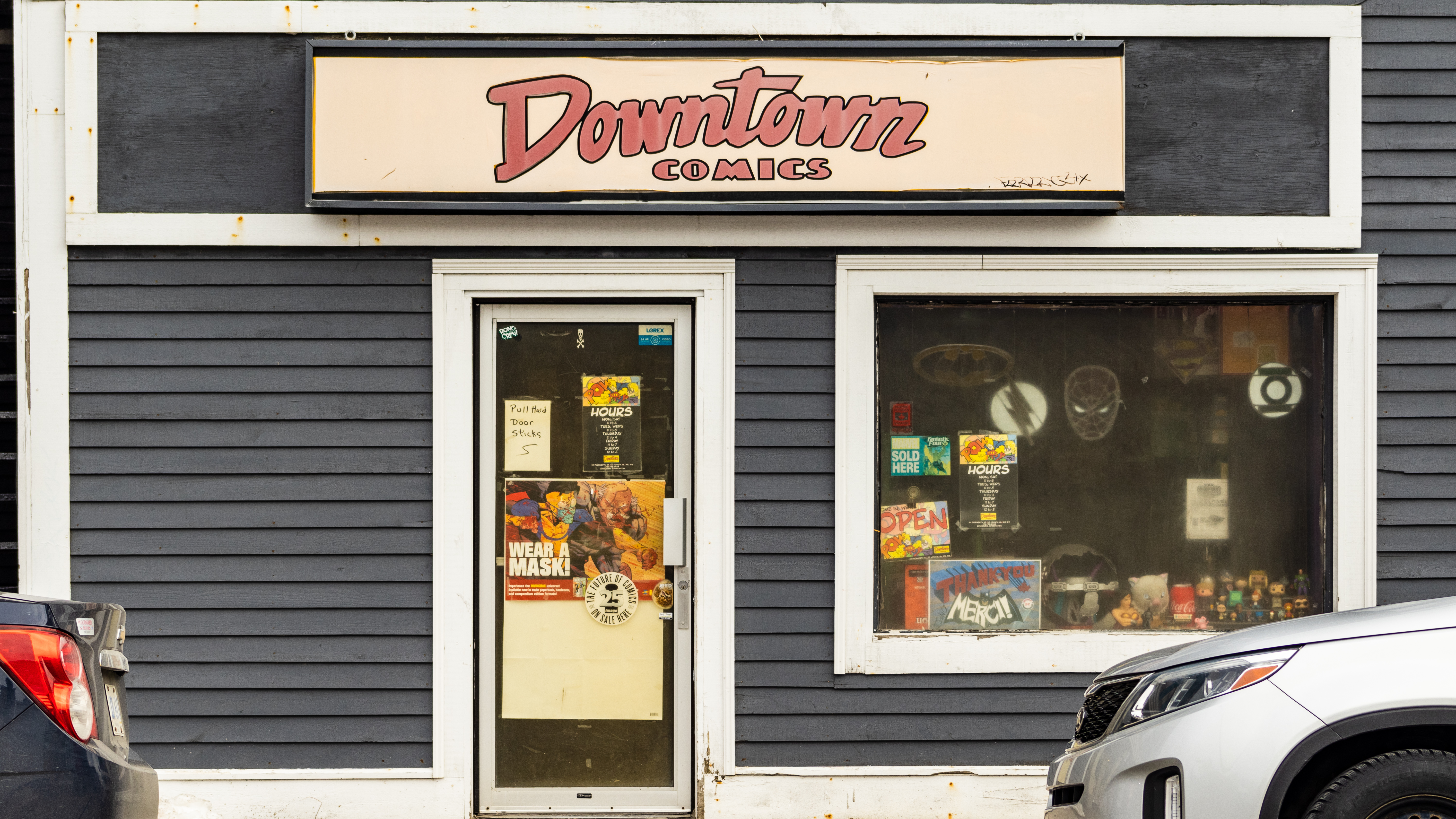 Upon relocating to Newfoundland and Labrador in the mid-2000s, Ryan would link up with the late, great Jason Conway and begin working at the now cult favourite Downtown Comics, a vocation Ryan continues to this day.

His passion for collecting resulted in a now-legendary collection of hardcover graphic novels, and tome-like collections of works spanning over a century of the medium, something Ryan holds in high regard.

“I ended up basically with what I call a library of graphic literature,” he remarks. “I have over 3,000 hardcover books, basically all the best in comics. If there’s a good comic out there, I probably have it.”

In between becoming the go-to guide for comic enthusiasts both established or novice at Downtown Comics and serving as a renowned teacher and instructor, Ryan continues to hustle in the comic and cartoon creation world.

Projects past and present include the collaborative graphic novel Nobody is in Control, his true-to-home passion project The Narrow Way, and homegrown celebration of all things graphic literature, Pure Comix, which launched in 2019.

For Ryan, and generations of dreamers, comics serve as the coming together of art and story, a big bang of ideas and illustration that spark creativity and slide readers down a rabbit hole of innovation and limitless imagination.

“I read a book about this artist, Jim Steranko, and in it he talks about storytelling. That’s the very essence of comics. What I say to my students. It’s not about the art, which a 15-year-old me would be having a fit if I said that to me (laughs). ‘It’s all about the art. It’s all about the drawing!’ And it isn’t. It’s about the drawing and the writing coming together for a hybrid thing, which is graphic storytelling. It becomes something entirely different,” Ryan shares prophetically.

“It’s both of them slammed together for graphic storytelling. And that’s why it works so well with movies, because it’s a graphic form of storytelling. It naturally fits. Comics are all about storytelling and humans tell stories.”

For more on Wallace Ryan visit Wallace Ryan’s Comics & Graphics and check out Downtown Comics at 141 Duckworth Street and downtowncomics.ca