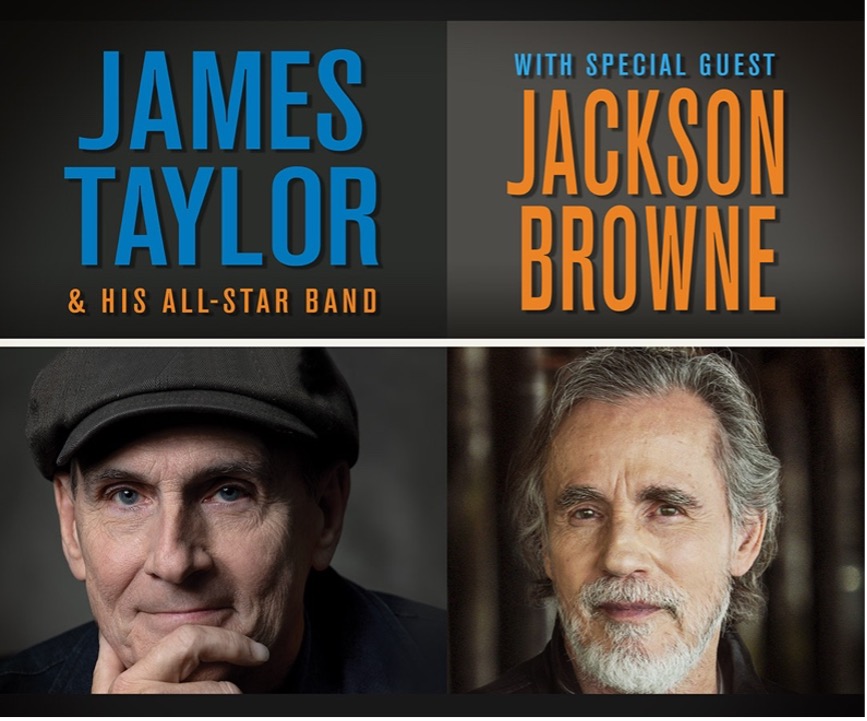 James Taylor & His All-Star Band have announced a rescheduled St. John’s tour stop, with Jackson Browne replacing Bonnie Raitt on the tour. Details from the recently announced media release below:

For the first time ever, James Taylor & His All-Star Band, with special guest Jackson Browne, will perform together across Canada. Jackson will replace the previously announced Bonnie Raitt who unfortunately is no longer available to join these rescheduled concert dates due to her prior touring commitments.

“Last year was a time of great disruption and general upheaval for all of us. My plans for a coast-to-coast concert tour of Canada with my dear friend, Bonnie Raitt, were seriously sidetracked. Our rescheduled dates for this September were likewise denied. But we’ve been determined to follow through; to make the tour happen and come hell or high water, we’re setting our sights on this coming Spring of ‘22. The one wrinkle is that Bonnie will be unable to join us for the newly rescheduled dates. Happily, Jackson Browne and I have been touring together this Summer and Fall and he has agreed to come to Canada with me. We’ve been delighted with the response from our audiences on this current tour of the States and I’m hoping that those of you who have been holding onto tickets for the Canadian concerts will be pleased with the surprise change in the bill. Of course, some of you may have had your hearts set on seeing Bonnie and would like to receive a refund due to the change. This we will cheerfully and expeditiously accommodate. But I dare say that the rest of you will not be disappointed. See you all this Spring.” – James Taylor

The highly acclaimed tour will kick off in Canada on April 21, 2022, at the Mile One Centre in St. John’s, Newfoundland. Pollstar recently commented of the legendary Rock and Roll Hall of Famers during their current US tour that “these songs not only endure but expanded to include the life-worn truths of coming of age in the 21st century by two American treasures.” 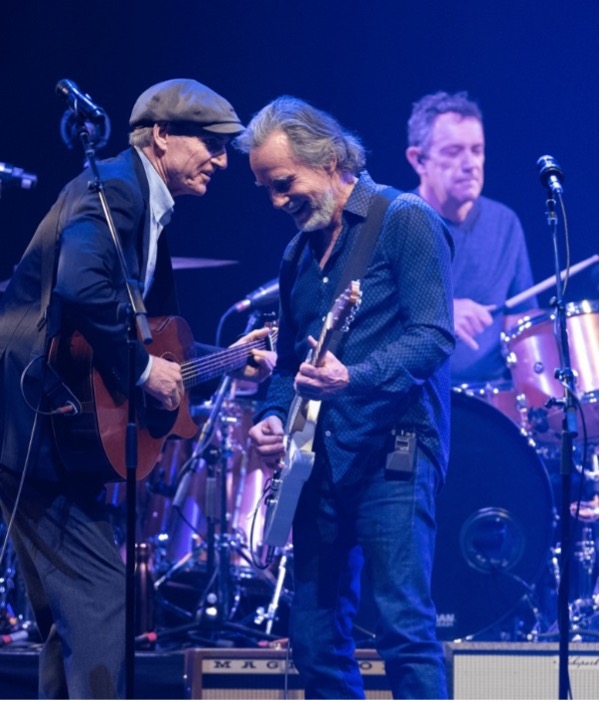 Previously purchased tickets will be honored for all of the rescheduled dates and fans are encouraged to hold onto their tickets. Should you be unable to attend the rescheduled date, please reach out to your point of purchase for information on refunds.

Tickets for the St. John’s show on April 21 are available at the Mile One Centre Box Office (50 New Gower St.), by calling (709) 576-7657 and online at mileonecentre.com, evenko.ca and livenation.com.

Tickets for the Moncton show on April 25 are available at the Avenir Centre Box Office (150 Canada St.) and online at avenircentre.com, evenko.ca and livenation.com.

About James Taylor
As a recording and touring artist, James Taylor has touched people with his warm baritone voice and distinctive style of guitar-playing for more than 40 years, while setting a precedent to which countless young musicians have aspired. Over the course of his celebrated songwriting and performing career, Taylor has sold more than 100 million albums, earning gold, platinum, and multi-platinum awards for classics ranging from Sweet Baby James in 1970 to October Road in 2002. In addition to multiple Grammy awards, Taylor has been inducted into both the Rock and Roll Hall of Fame and the prestigious Songwriters Hall of Fame. In 2012, Taylor was awarded the distinguished Chevalier of the Order of Arts and Letters by the French government and the National Medal of Arts by President Barack Obama in a White House ceremony. In November 2015, Taylor was presented with the Presidential Medal of Freedom, the nation’s highest civilian honor. In December 2016 Taylor received the Kennedy Center Honors, which are presented annually to individuals who have enriched American culture by distinguished achievement in the performing arts.

In 2015, Taylor released Before This World, his first new studio album in thirteen years, which earned him his first ever #1 album. Taylor’s latest release American Standard earned him his sixth overall Grammy award for Best Traditional Pop Vocal Album
American Standard infuses new sounds and fresh meaning into these timeless works of art reimagining some of the most beloved songs of the 20th century and making them completely his own. In 2020, Taylor also released Break Shot, the first ever
Audible Original performance by James Taylor, and a deeply personal and authentic audio-only memoir.

About Jackson Browne
Hailed as one the Greatest Songwriters of All Time by Rolling Stone, Jackson Browne has written and performed some of the most literate and moving songs in popular music. A defining Americana artist, who’s songwriting is often charged with honesty, emotion and personal politics, Browne is known for his hits, like “Running On Empty,” “The Pretender,” “Doctor My Eyes,” and “Take It Easy,” as well as deeply personal ballads such as “These Days” and “In the Shape of a Heart.” He was inducted into the Rock & Roll Hall of Fame in 2004 and the Songwriters Hall of Fame in 2007.

Nearly five decades since his 1972 debut LP, the songs on Jackson Browne’s new album Downhill From Everywhere sustain the soulful intimacy of his first release, combined with a power and wisdom gained from a life pursuing positive change. Like much of Browne’s illustrious catalog, Downhill From Everywhere is fueled by a search—for connection, for purpose, for self—but there’s a heightened sense of urgency written between the lines, a recognition of the sand slipping through the hourglass that elevates the stakes at every turn, all while maintaining a defiant sense of optimism that seems tailor-made for these turbulent times.