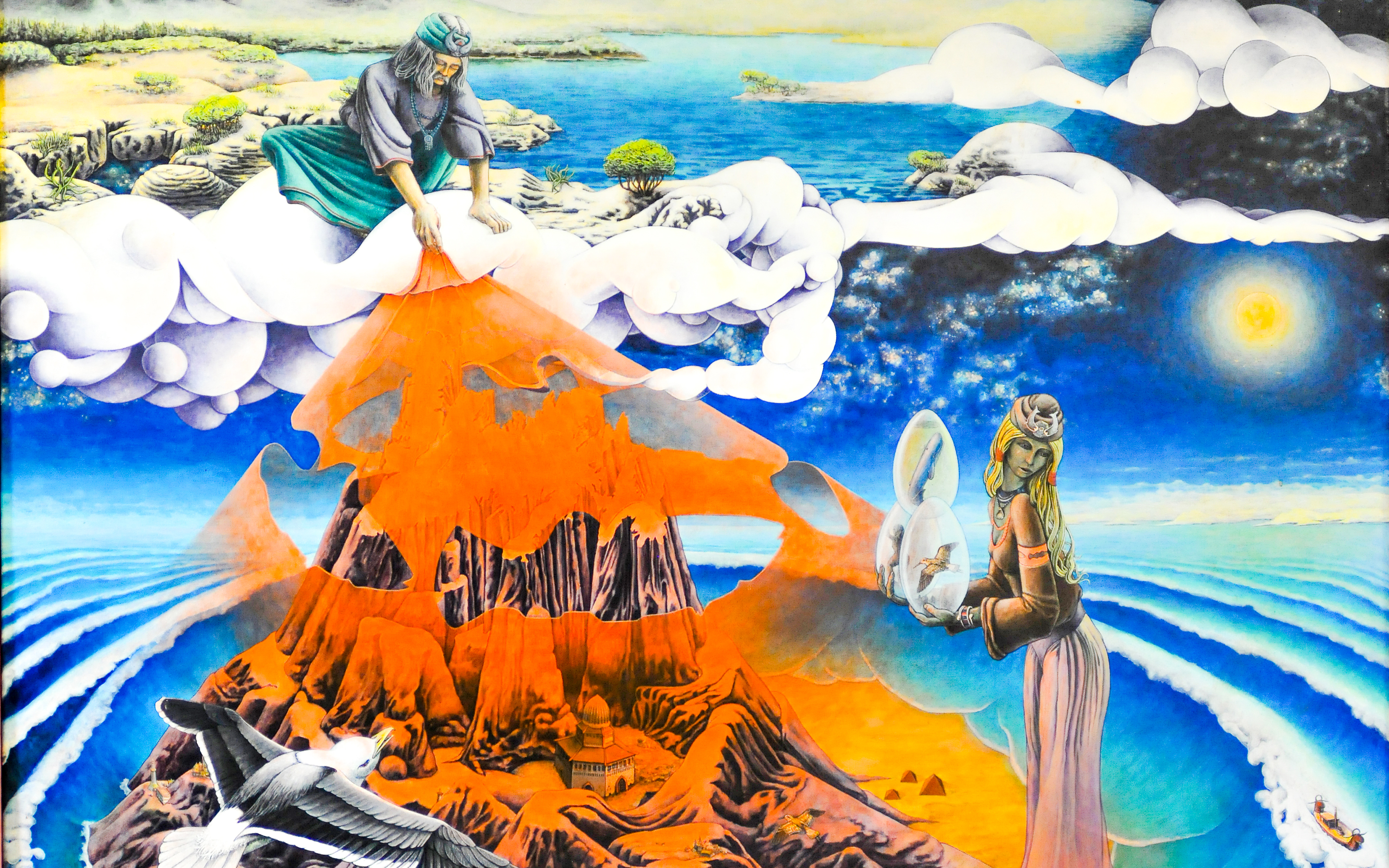 For over 40 years, the Captain Newfoundland universe has wowed and mystified readers, becoming a beloved cult favourite for generations of dreamers 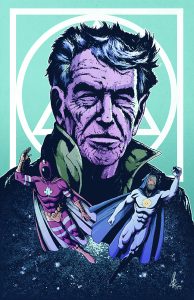 To thine own self be true. For over four decades, one mystical and otherworldly comic book franchise has encapsulated the curiosity and the search for the inner meanings of time and space that so many ponder for generations.

Captain Newfoundland, and the Captain Atlantis universe, first burst onto the scenes in the late 1970s

“Just over two years ago Newfoundlanders discovered a new superhero, a champion of positive energy and life, a new symbol for the spirit of adventure within us all,” The Newfoundland Herald wrote in January of 1980.

“Captain Newfoundland is the supreme superhero, the ultimate manifestation of the great philosophies and natural powers of the world.”

The genesis of the Captain Newfoundland character was originated for television long before pen, pencil or brush struck paper for what would be a now-iconic comic series.

“My Dad Geoff (Stirling) knew that cable television was coming to Newfoundland and because of the time zone differences there would be television available after NTV had signed off. He felt it was imperative for NTV to go 24 hours. But what would we air overnight,” recalled Herald president and creator of Captain Newfoundland Scott Stirling in the summer of 2020.

“We were in the Himalayas when he initiated ads in The Herald promoting “Captain Newfoundland coming soon to NTV”. We had a couple of months to come up with and develop a concrete concept. Dad had already referred to Newfoundland as being the tip of Atlantis. It has rocks billions of years old so it was always there.

“When we went into the studio to create the character we worked with NTV’s legendary producer John Simms. Geoff himself was the original Captain Newfoundland. The late-night shows became a kind of cult hit and our first superhero was introduced to Newfoundlanders.” 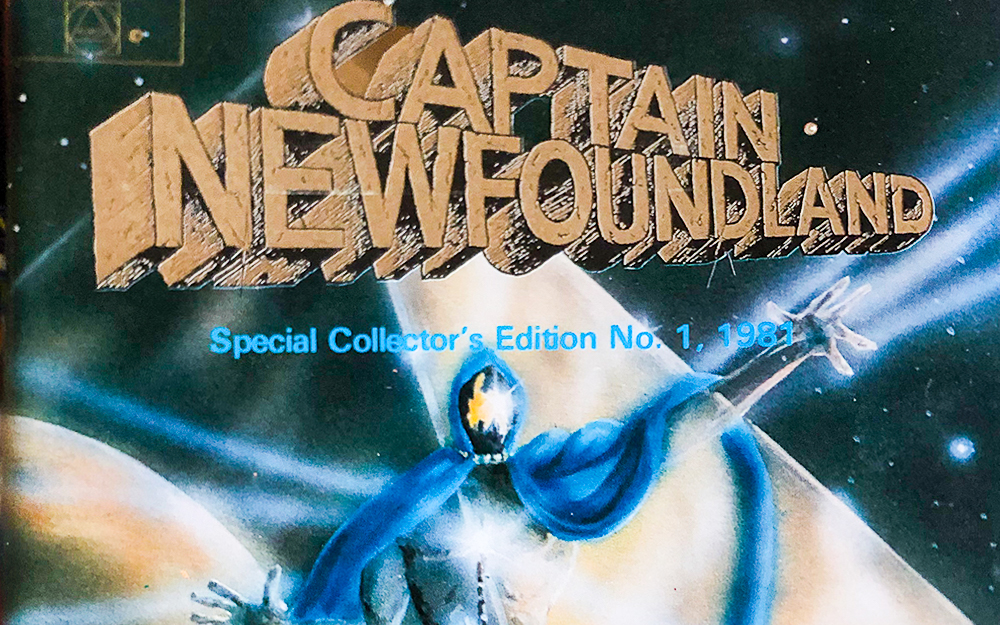 INSPIRATION FOR THE FUTURE

Captain Newfoundland first hit the airwaves as the star of NTV’s Summer Festival, an all-night entertainment extravaganza, symbolizing a new age of hero to admire and respect.

“Canada is a country that has not done well in honouring its great men and women of history, allowing them to be dwarfed or overshadowed by the spillage of legends from south of the border,” read the 1980 article.

“Captain Newfoundland is a new superhero for this province, and the country, who represents all the great achievements of our history provides and an inspiration for the future.”

It was explained to readers early that Captain Newfoundland would travel over the globe and through time, passing on the vast knowledge of many forgotten civilizations. Naturally, the character was perfect for comic book enthusiasts. 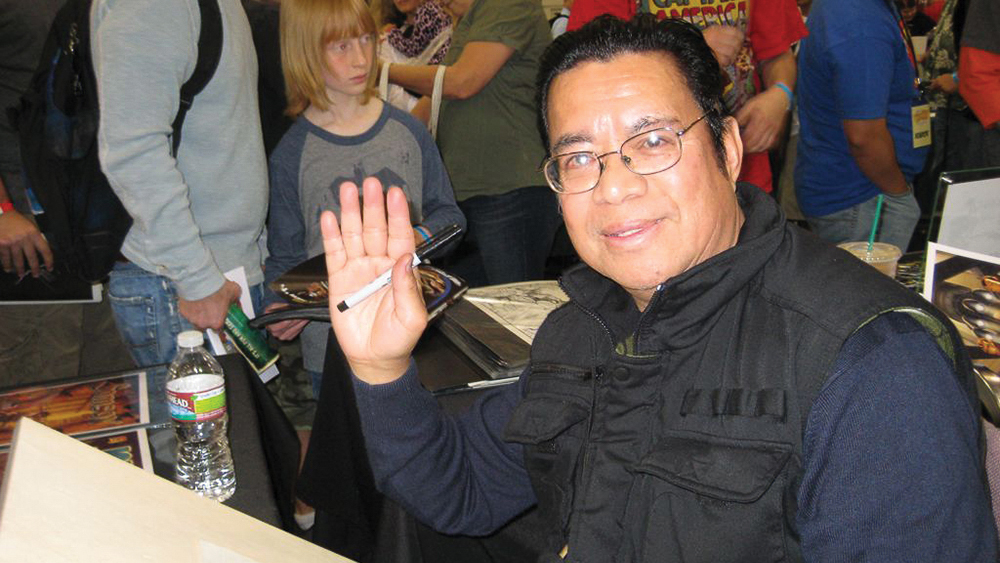 “I started to write storylines for illustrated pages in the Herald’s comic section,” Stirling shared.

“I hired Danny Bulanadi to be our artist as he had drawn for Spider-Man, Superman and many other superheroes and was already renowned in the business. I would send him a page of stick figures with the dialogue and captions and he would apply his magic to bring them to life.

When we had enough pages for a comic book we went ahead and published them and over the years produced several.”
Building on the legend that the lost kingdom of Atlantis was comprised of an area mass we know today as the Atlantic Ocean, stretching from

Bimini off the coast of Florida to our very own island of Newfoundland, the creators of Captain Newfoundland built lore surrounding Newfoundland and Labrador as the only surviving portion of Atlantis.

“They are combining the legend of Atlantis with the deep sense of tradition and pride that is prevalent in Newfoundland and Labrador, along with a strong feeling for family and friends and a love of life,” the 1980 article explained.

“Captain Newfoundland and his counterpart Captain Silver of Labrador (and later the beloved Captain Canada), are examples of the high level of human potential within us all, representing an attitude about life that is positive while realizing the limitless possibilities we are presented with.”

Decades removed from its inception, and the Captain Atlantis universe – with Captain Newfoundland, Captain Silver and Captain Canada anchoring a host of colourful escapades and time-travelling adventures – serving to inspire the next wave of dreamers to think outside of this and any box.

To thine own self be true indeed. 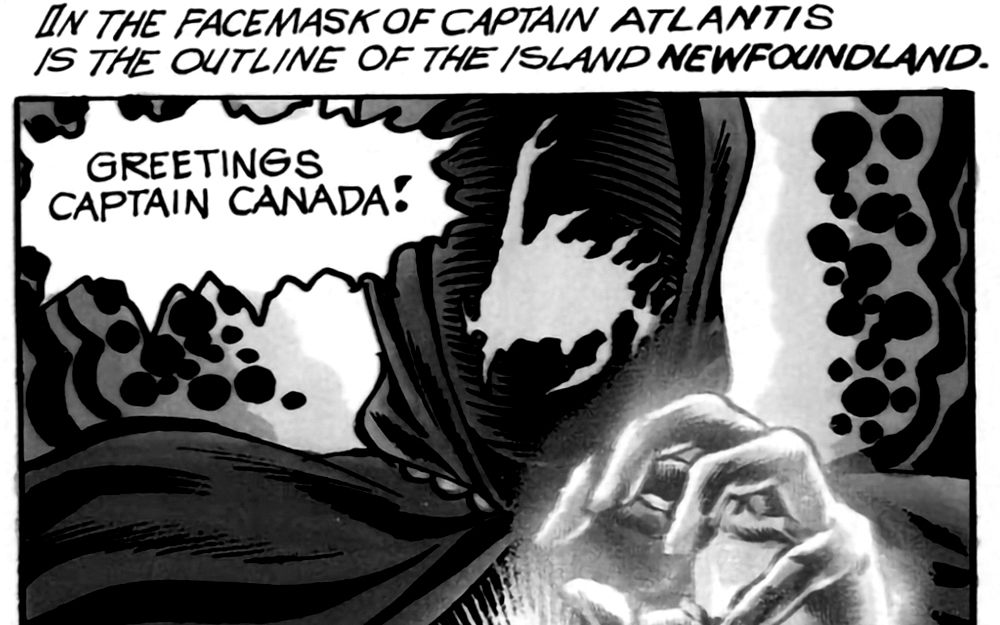 “Serving as a guiding light for those who choose to see it, Newfoundland’s first superhero shows a yearning for knowledge unequalled by the majority. Through the combination of all great beliefs and philosophies comes a universal understanding of the planet and the need for spiritual enlightenment. It was a deliberate decision to use the map of the province as the face of the hero, as that represents everyone who is part of the island. Captain Newfoundland is not just a person or a being, but rather the sum of all our energies and interests,” the 1980 article poetically wrote.

“Captain Newfoundland is a spirit, a feeling, a figurehead for a better life who is trying to spread energy to everyone.”