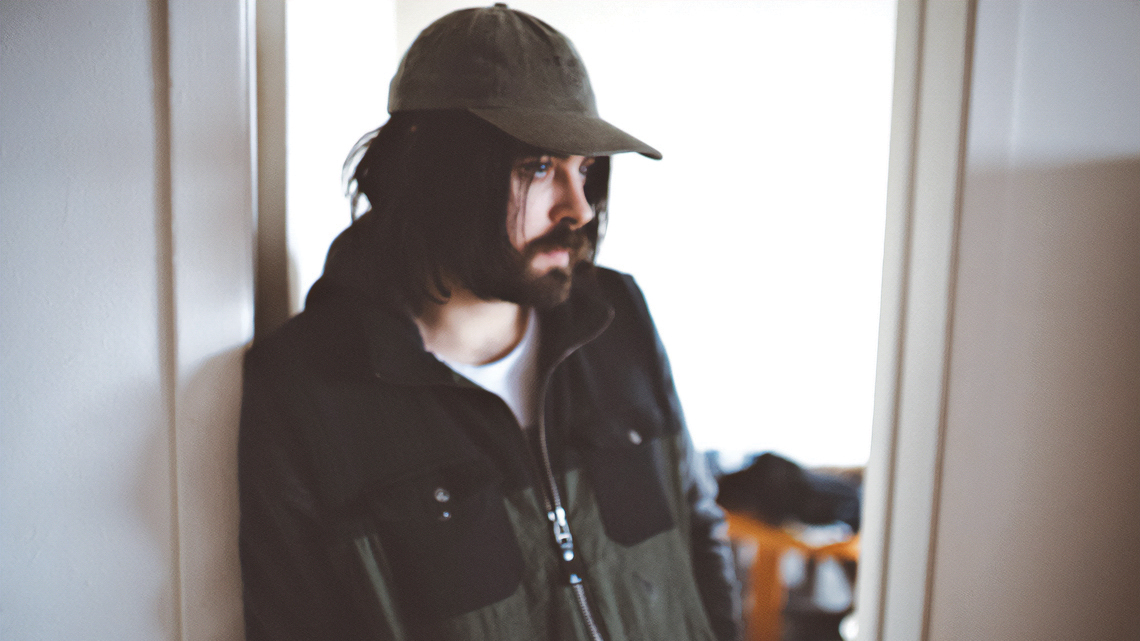 The multi-talented Aaron Powell walks the proverbial tightrope between the dark and light on the latest Fog Lake record, Tragedy Reel

He’s been described as gloom pop or sadcore, but for Aaron Powell, the travelling musician known for his alter ego of sorts Fog Lake, the Glovertown native just prefers to be called singer-songwriter. But then, nothing about the Fog Lake project is conventional or by the book.

“I always joke around now, when I first started Fog Lake it was just a fantasy of mine, really,” Powell shares in a one-on-one with The Herald.
“I was just like a one man band and pretending. To me it was just a big kind of fantasy. I never really expected anyone to hear the music in the beginning. So it was just me kind of cosplaying as some kind of indie artist or something. But yeah, eventually when more people started catching on to it, I guess it became more of a reality.”

Growing up in small-town, rural Newfoundland and Labrador, Powell channelled the rugged isolation that many of us have experienced from island living, harnessing those emotions into what would become the introspective and emotionally layered series of albums tracing a line from the beginning of Fog Lake to present day.

“I always felt really alienated growing up in Glovertown just because, I don’t know, I was a little bit of an outcast. I was just obsessed with music and film. I would just like skip class to work on stuff. I didn’t really know anyone who had similar music taste,” Powell admits.
“I always wanted that music to kind of capture the total isolation and rural, even kind of the scenery, the ocean and the dense forest and stuff.

I wanted there to be a kind of sense of isolation in the music. And I find I can only really write Fog Lake songs when I’m in Glovertown for some reason. I’ve always struggled to write that kind of music outside of that environment because I feel like it’s so essential to the music in terms of atmosphere and just where I get my inspiration from. There’s definitely a connection there.”

Architect of over a dozen albums and EPs under the Fog Lake moniker across a decade-plus period, Powell most recently called Montreal, Quebec home, relocating to St. John’s during the COVID-19 pandemic.

“Honestly, I don’t see myself ever really moving back to the mainland … I feel like over the years my relationship with playing live was kind of disintegrating in a way where I almost prefer just to play live a lot less and just focus on the writing and recording aspect of music, which personally is my favourite part of making music,” Powell explains.

“I’ve always been kind of a reclusive, kind of a homebody. So even the whole idea of going on tour and just how emotionally exhausting it can be, it just doesn’t seem ideal to me anymore.

“To me, music was always, like you said, escapism from those external outside forces. I just think it kind of makes sense for the music to only be absorbed in a more intimate setting, I guess, rather than just being on the road all the time. I definitely like the whole mystique element of Fog Lake remaining more of a recording project instead of a live act.”

Powell’s most recent collection under the Fog Lake name Tragedy Reel, is a poignant, at times melancholic yet decidedly hopeful nine-track journey that sees the multi-versed songwriter recruit – among others – longtime friend Warren Hildebrand on producing, mixing and backing vocal duties.

“My music is really personal at the end of the day. And a lot of it is mostly written I find for more of a therapeutic way of like healing rather than wanting to make music that’s going to be some Billboard hit or make a lot of money. I think it comes from an introspective and personal place. So there is a lot of escapism in it,” he adds.

“I always say when I’m writing a record I sleep better at night because instead of thinking about maybe negative things in my life, I’m constantly thinking about like, how far left should I pan that guitar in the mix? Or how much compression do I really need on the vocals? These are the things I’ll be thinking about rather than maybe other negative things in my life. It’s always like a big healing, therapeutic experience, and that keeps my mind above water and a lot of ways.”

That balance of the dark and the light – as in life – is paramount in Tragedy Reel, and truthfully can be traced throughout the entire Fog Lake discography.

“That’s a goal of mine,” Powell says of his goal to craft songs that run the emotional table. “I do find it really bothersome sometimes where I’ve kind of just been tagged as like a musician that people listen to when they’re depressed or going through a breakup, just tagged as some kind of sadcore act, which is never something I’ve really tried to do.

“My favourite kind of songs are songs that, like you say, straddle that line between melancholy and hope or doom and hope. And I like to think that if I write a song, even if I write it from a place of like destitution or sadness, that even the act of writing a song or conquering that kind of feeling is a hopeful thing at the end of the day. It’s a win. So to me, I don’t think my songs are that doomy or gloomy per say. I think there’s a lot more hope in the songs than there is nihilism or some kind of complete depression or something. I definitely want to make music that’s more healing-focused rather than wallowing in some self-pity.”