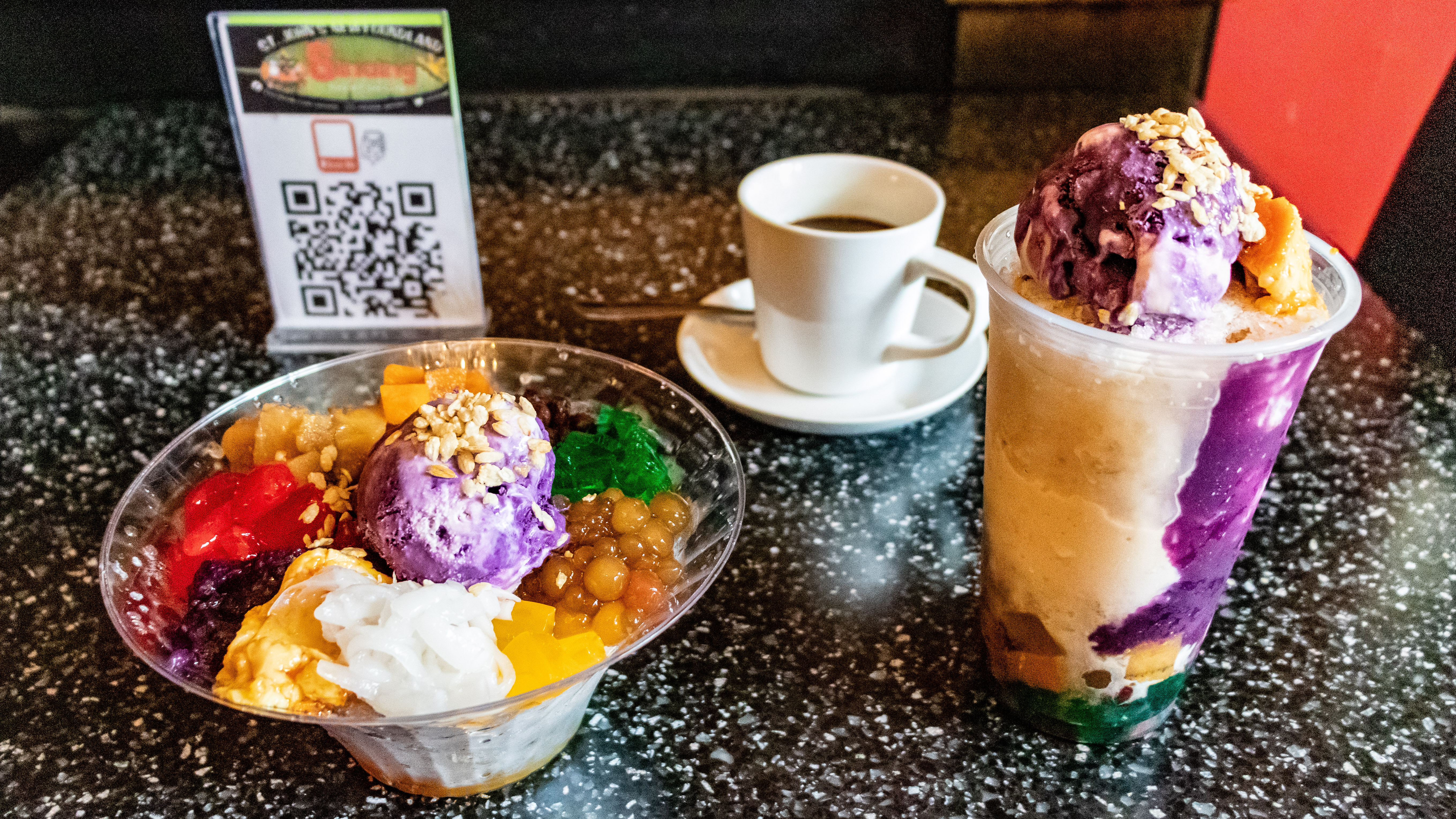 More than just an Instagramable beauty, this Sunday-like Filipino dessert should be your next food adventure

Halo-halo — or “mix-mix” in Tagalog — is the quintessential Filipino summer dessert found in shops and stalls across the islands.

A rarity in these parts, this beautiful dessert was likely an adaptation of a Japanese shaved-ice dessert known as kakigori — a ‘towering frozen desert’ dating back to 1000 AD Japan — introduced prior to the Japanese occupation of WWII.

Originally intended as a delicacy for elites, the first kakigori were made from blocks of ice, stored in the mountains of Kyoto in winter ice-houses. When the summer came, ice was brought down, hand-shaved, and piled high in metal bowls, and topped with sweet saps, hydrangeas and ivy.

The Filipino adaptation of the shaved-ice dessert is highly customizable and will vary by region, though consistent features include shaved ice, condensed milk, and sweet toppings.

Local toppings include a variety of preserves like ube jam — a delicious preserve made from a sweet, purple yam — ube ice cream, sweet beans, coconut strings, and leche flan to name a few.

To find out more about this spectacular desert, The Herald sat down with Marichris Francisco, of Sinaing — a Filipino restaurant in downtown St. John’s — to learn more about what makes their version of this uniquely Filipino dessert tick.

The Filipino take was introduced in the 1800s — Francisco explained — after an American named Met A. Clarke introduced ice cream to the country, and became more popular with the introduction of the Insular Ice Plant and Cold Storage.

While the building blocks of the desert rested on the availability of ice, the toppings are unique products of the country’s diverse regions.

“There are different kinds of preserved root crops and fruits in there,” Francisco explained. “Because it depends on the region in the Philippines.”

“For example, if you’re in this area where there’s an abundance of bananas, then they put lots of bananas on and nothing else… it depends on the region where you are.”

While it varies greatly, the halo-halo you see here is most akin to what you might find in the country’s urban centers.

“The innovative thing is the city itself because the city has everything. Whatever they have, that’s what they put on top, and when they mix them all together with the flavour in the ice cream that explosion comes out.”

Francisco tells me that while halo-halo’s toppings traditionally go on the bottom of the dish, having them at the top allows guests to try each topping before mixing the whole thing together.

Liberally stacked on top of shaved ice and condensed milk is a circle of preserved toppings, finished with crispy rice and a scoop of ice cream made from a sweet purple yam called ‘ube’.

“(Ube ice cream) is actually just three ingredients! It’s just the purple yam itself — I’ll make it like a jam first — then it’s condensed milk and whipped cream. And that’s all it is; you don’t even need an ice cream maker.”

Arranged in a rainbow-like arrangement around the dine-in bowl are some familiar sights like tapioca pearls, jello, preserved banana, coconut strings, and pieces of leche flan.

“Seventy per cent of it is all homemade — we preserved it,” Francisco says of the many vibrant toppings.

The first time I encountered halo-halo was at another local Filipino restaurant, RJ Pinoy Yum, and at the time I decided to mix it all together right away. While that was a great first experience, I found myself not recognizing some of the toppings — resulting in my palate getting confused, and leading to my brain telling me to spend more time questioning what I’m putting in my mouth.

This time — at the advice of the ultra accommodating Marichris Francisco — I took the time to taste each individual topping and get familiar with some of the flavours and textures so I could recognize them once mixed.

This resulted in what I’d say was a perfect deserting experience — aside from the fact that it was around 10:30 AM, of course.

Once I tasted each topping, I mixed the whole thing together into what resembled a cartoon dessert soup; the kind of thing your four-year-old might present to you one morning after sneaking into the kitchen to make you their idea of ‘breakfast’.

This is halo-halo at its best. The different flavours and textures are tied together by the tastes of condensed milk and homemade ice cream, and each topping combination makes for a different bite each time.

If you’ve already checked out all of the St. John’s staple dessert spots, this is an option you’re going to want to put right at the top of your summer checklist. It’s cold, photogenic, and probably unlike anything you’ve had before.

At the time of writing, halo-halo is only available at Sinaing, making this one of the rarest deserts to grace the Island.

If you’re looking to get your hands on one of the rarest deserts in St. John’s, head down to Sinaing Home of Filipino Cuisine at 194 Duckworth Street — opposite the war memorial. To keep up with all things Sinaing, find them on Facebook