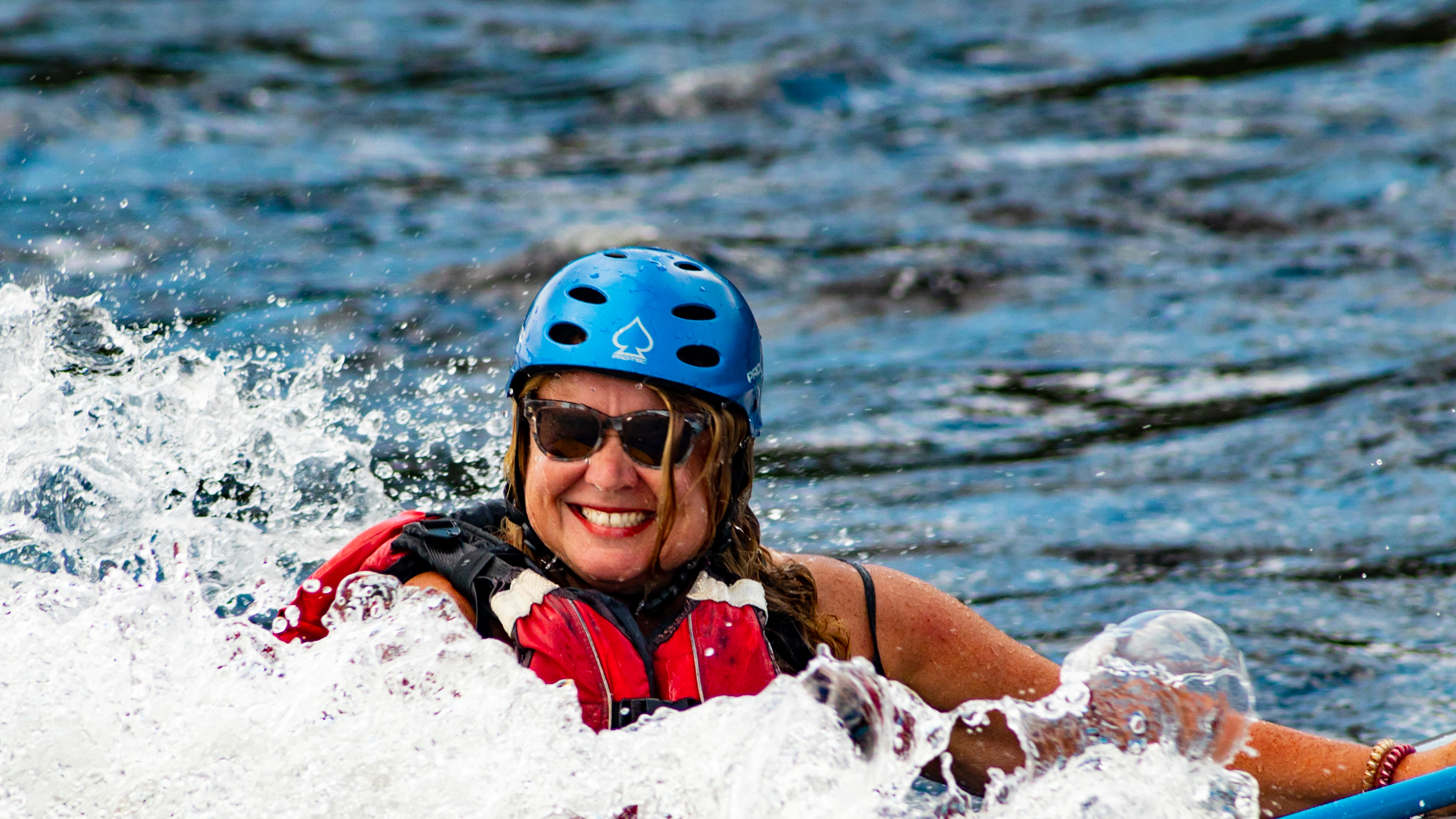 It doesn’t matter if you’re in the mood for culture or creating memories in the great outdoors, Central NL has all that and more for eager staycationers and tourists alike

When we received the invite to head to Central Newfoundland and Labrador as a mini staycation option, it was an offer we jumped at.

With soaring temps and an itinerary to drool over, it seemed like a win-win. As we loaded up one of the NTV/OZFM rigs, Michael Chubbs, our resident photographer and Social Media guru, along with my daughter Elia (who had managed to have her weekend babysitting duties deemed redundant thanks to Nan and Pop) and I could feel the excitement mount as we made the mandatory Morris moose visit on the highway.

Our first stop was the Hotel Robin Hood & Suites where Graham Hutchinson and his son Adam greeted us warmly.

Part of the welcome included the fact that the hotel is named in honour of Graham’s birthplace; Nottingham, England and, naturally, the Robin Hood connection that implied was pretty evident.

As we sipped complimentary coffee, Graham filled us in on a time when Alan Doyle, Ron Hynes and Cory Tetford sat and sipped coffee and enjoyed breakfast near the very table we sat at. Of course, he shared, the conversation included the fact that Doyle had just finished shooting his scenes in the film Robin Hood.

Our next visit was the Salmonid Interpretation Centre where we learned all there is to know about salmon from the centre’s supervisor, Joann Downey. The views were stunning and the jumping salmon thrilling to behold as we heard about their spectacular journey back to their birth home to spawn.

From the fact that they stop eating for such a long period of time, to their strong desire to return to where they were born, Downey shared all she knew with us. An interesting fact; salmon are plentiful this year, most likely due, she surmised, to the availability of caplin stocks for feeding. Whatever the case, the salmon put on an incredible show as they swam and jumped their way up the salmon ladder.

A meal at the River’s Edge Grill followed, and as we sat outside taking in the view, we reflected on the day thus far. The weather was amazing and the people friendly. We decided to keep the momentum going with a visit to Gorge Park. The hike was magnificent, but the view is what really makes this trail special.

With the majestic Exploits River at every turn, it was a welcomed adventure after a long day spent in a vehicle. We watched salmon fishers and picked berries and chatted with locals out for a stroll on this amazing August evening.

The next day was a busy one, and it was up and at ‘em to head to Riverfront Chalets for their first Gwitna’q Culinary Experience with chef Denise King.

Thanks to the guides at Rafting NL, particularly Todd and Krista, the convoy of canoes and kayaks made their way to the chosen island in the midst of the Exploits where we would be enjoying our day.

With music and friends a’plenty, this was an adventure of a lifetime. 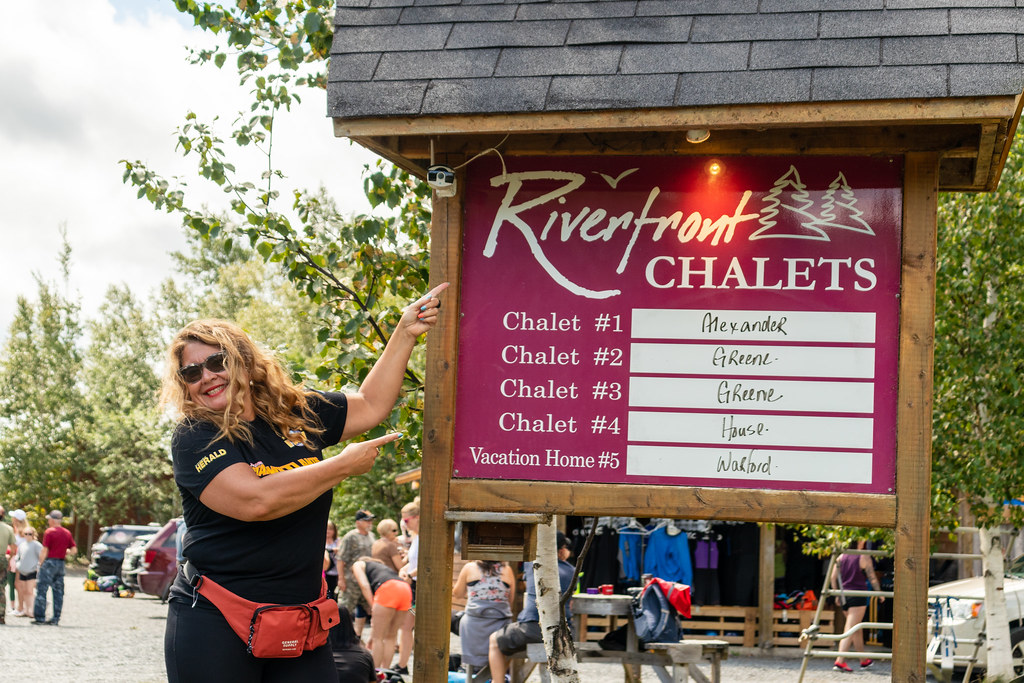 The weather even made this excursion extra special as a mix of split-the-rocks heat along with welcomed showers – and a double rainbow to boot – made this day a memorable delight.

But it was the food that stood out. Moose sausages, scallops, mussels and a delightful dessert was the so-called icing on the cake for this day spent in the wilds around a campfire.

Botwood was also on our agenda, and if you’ve never visited, prepare to be blown away with not just its beauty but its history. Lisa Hemeon met us at Botwood’s Flying Boat Museum and took us through the exhibits. I was ashamed to admit I had never heard the rich history of the region before and was fascinated with the yarns and tales.

The storied aviation history of the region, from seal spotting in the 1920s to the military presence during WW11, is dynamic. The exciting part is that there’s so much more history to tell, with passionate folks like Hemeon ready to share all she’s learned.

We leaned there might actually be a 007 connection to Botwood, as Australian Sydney Cotton established an aircraft facility in Botwood in 1921. While he delivered mail to the sealers, Cotton also flew bombing missions during the First World War. He also piloted the first flight ever taken by Joey Smallwood, a journalist at the time.

But there’s so much more. Ask about the adventures of Adele Jenkins aboard the ill-fated Excalibur that crashed shortly after takeoff in Botwood harbour in 1942.

Botwood’s history lesson doesn’t end at the museum, in fact, it’s literally plastered all over town in their much-celebrated murals. During the second World War, Botwood’s population grew from around 1,000 to over 10,000 as troops arrived by train and by sea to be trained before heading off to war.

Many of the region’s murals tell the tale. The Botwood Murals Art Society’s president Trudy Stuckless along with past president Michael Shainline, took us on a tour of the region’s vibrant history through its art, including one mural that’s 9,000 square feet.

Artists from around the globe visit to add splashes of colour to blank canvasses – local buildings and walls – resulting in a glorious outdoor gallery. From a rich Beothuk history to touching tributes to our troops, it’s a tour around town not to be missed.

The evening ended in a picnic in an area where we could oversee the town, and reflect on what we had learned while gazing over the town’s historic harbour.

Still eager for more adventure, when we returned to Grand Falls-Windsor, we hiked along the Corduroy Brook Nature Trail for more fun in the setting sun.

The next day saw us reconnecting with Rafting NL for their Badger Chute run courtesy of Adventure Central. This family-friendly rafting adventure, led by our guide Ben N. (also known as Ben no beard) was exhilarating. With multiple rapids to ride – or swim through – this is a can’t miss adventure for anyone heading to the region.

The guides make this trip a delight. From oar high-fives to splashingly fun water fights, this is a water lover’s dream day. In and out of the raft you go, as often as you like – once the guides tell you it’s safe, that is. This cliff jumping, rock climbing water adventure included lunch on a rock in the middle of the Exploits River surrounded by rapids and jumping salmon.

It’s a heart-pounding adventure for all ages, and a take-away thrill to remember long after the exhausting final climb out of the raft once back on land.

No adventure of any town is complete without a few stops at local eateries. From treats at Papa’s Sweet Shop to a warm-up bowl of soup at War Wicks, this was fun and adventure on bust. The quirky Third Place Cafe served up delightful beverages and lunch – as well as conversation – while Common Grounds Cafe was a popular evening walk-to in the downtown area before retiring for a treat and a beverage nightcap.

Overall, Central offered up not only multiple photo ops, but multiple memories to treasure as well. 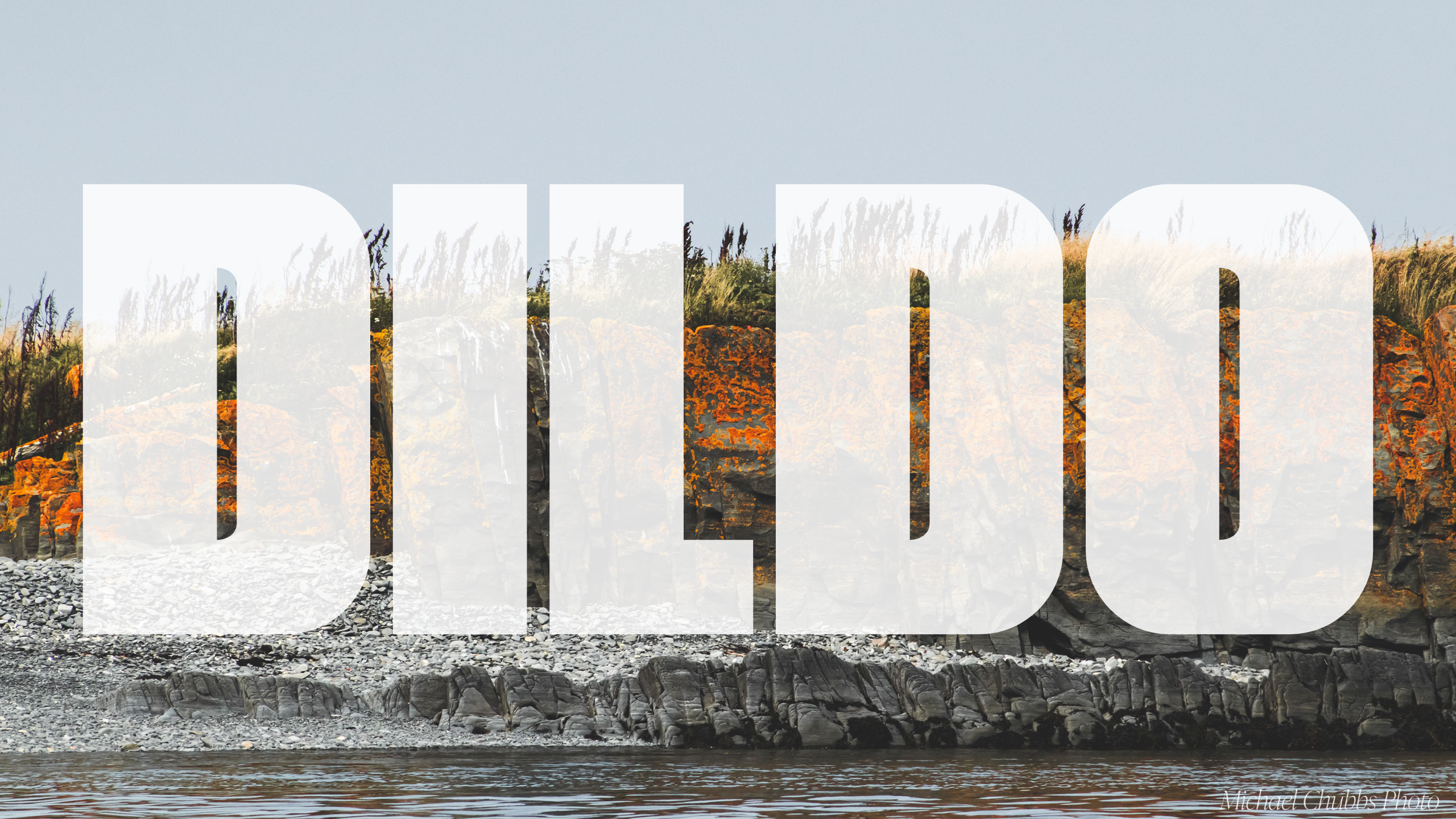 This special feature is a part of an exploratory travel series that takes our Managing Editor Pam Pardy on NL adventures, connecting with local businesses and highlighting some of the greatest attractions the island has to offer. For travel suggestions or inquiries, Pam Pardy can be reached at pghent@nfldherald.com.