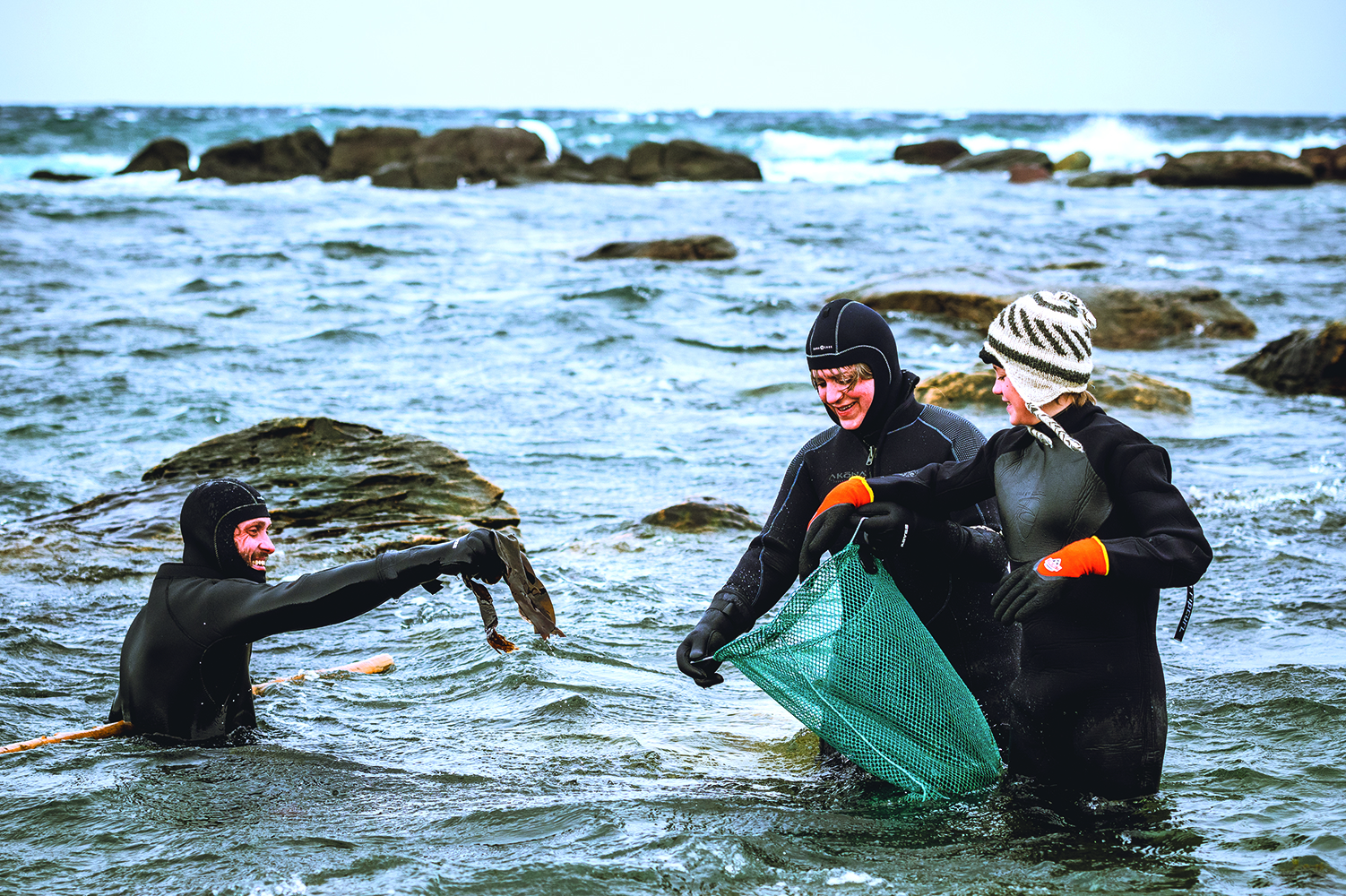 While one is a come-from-away and the other a local, this couple share a passion for the place they both decided to call home: Grates Cove, NL

Anyone from Newfoundland knows to expect the unexpected when it comes to the weather. Terrence and Courtney Howell, owners of Grates Cove Studios in Grates Cove, know that better than anyone. On the day we met for a chat, the two had been dealing with excessive water run-off from a wild winter rain storm. The day before their biggest challenge had been ice buildup on a cold, sunny late January day.

But little wonder these two are up for challenge and adventure. They met back in 2004 while teaching in South Korea and were united almost instantly by a shared desire to explore and sample their way around their far east home. Courtney hails from Louisiana, USA, and Terrence was born and raised in the Grates Cove area. The journey that brought this couple to Grates Cove to open Grates Cove Studios involves travel, hurricanes, disaster relief efforts and a shared curiosity and a love of the ocean.

The two, who have a 13 year-old daughter, Phoenix, wet their entrepreneurial chops opening a restaurant business in rural NL. 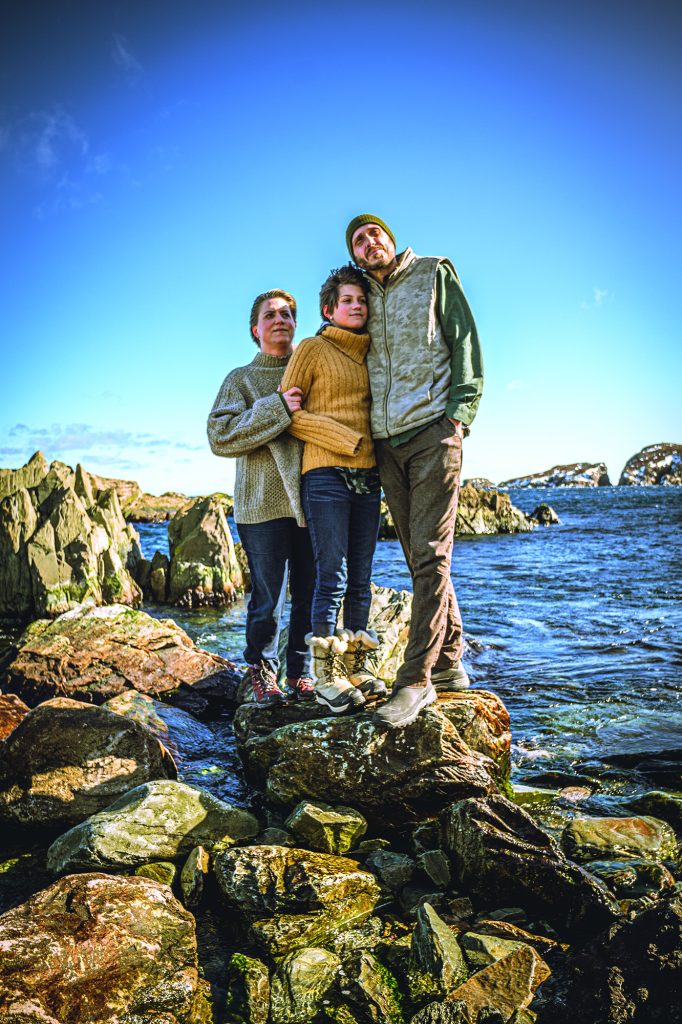 “When we started the restaurant it wasn’t strategic. It was us doing what we had to do to be able to stay here. That is really what the last decade has been about. And I think now we see a fuller picture. But at the time, it was just how can we stay here? And it was scary,” Courtney shared. The fear wained as the love of this place grew, she added.

“I knew that with all of its imperfections, (Grates Cove, NL) is where we want to be. I grew up in a very impoverished area, and when I came here, I remember crying when I realized how good people who are in the fishing industry have it. Maybe no one’s wealthy, but they’re fine. They’re not starving. Where I’m from, small fishermen, they will never recover from a storm. They may have mold in their house. Literally, we would see homes where you could see daylight. Generational poverty.”

Courtney and Terrence started the restaurant and it grew through word of mouth. “I just put on Facebook that we were serving jambalaya and pea soup. I didn’t know what else to do. I was like, ‘Just cook what we know.’ Slowly, we just started adding things and I thought people would think we were crazy for putting Cajun food on the menu,” she said.

The first dish that really caught on was made with local snow crab.

“It was this crab etouffee, a lovely roux butter sauce built up with lots of vegetables. Where I grew up, we grew up eating that with either crawfish or shrimp. But here, pairing that butter roux with the sweet snow crab was just an ideal pairing and that became one of the dishes that really started getting people coming here,” Courtney said.

The pandemic has helped business, they shared. Locals, they say, “take a chance” and come visit now more than before, for one thing. They also began doing deliveries to St. John’s from time to time.

“We’re so grateful for our customers. It’s so unexpected. Our Newfoundland customers are amazing. They know that this is a journey. They know throughout the year there’s so many shifts and they want to make sure that we’re OK during the winter,” she said.

The fact that so many “help spread the word,” is incredible as well, they add.

“I don’t even know what to say, except how grateful I am. This became very overwhelming quickly. Moving. Raising a child. Starting a business. The local community here and the St. John’s community here have played a huge part in helping us get to this point,” Terrence said.

There’s the food. The art. Harbourview and Snug Harbour houses – two delightful homes with breathtaking views to stay in while visiting the area. And now? Seaweed.

“We thought we were just going to build this tiny little existence out here and then we just kept discovering this place and that’s how we got to seaweed,” Courtney said.

“It was after a nor’easter storm. We went down to a little rocky beach, not far from here. It was a really big storm, and so when we went down, there was all the seaweed washed up,” Courtney continued. She literally stepped over it, but their daughter picked some up. Terrence then “bent down with his curious mind and picked it up, and when he did, all of this gel was coming out of it and that just sparked something,” she continued.

Terrence’s hands had been raw from working with wood and clay. 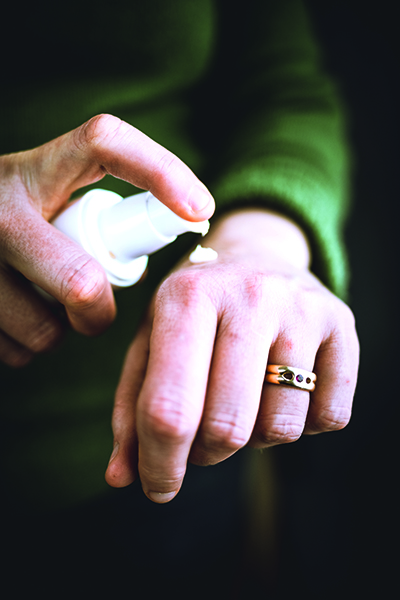 “You see kelp but I never really played with it like that before. My hands were always wrecked from woodworking, always cracked and dried out from sawdust, but after handling the gel, things were happening very quickly and the cracks healed. The inflammation went down,” he said.

They started researching what they had just out of pure curiosity. “He was just playing with it on the beach. We had no idea. Is this harmful for our skin? Is it good? We had no idea,” Courtney added.

Terrence felt he was on to something fairly quickly. “I grew up around kelp. Everyone in Newfoundland, especially if you go to the beach, get to see kelp, but I never really played with it like that before.”

When he saw the results on his own hands, the passion was born. “We just said, ‘My God, what is this?’ So then we started researching what we had. And then we were like, ‘How do we get this gel out?’” Courtney said.

Over the next four months, they started experimenting. “We just started collecting it ourselves, just out of pure curiosity not even realizing what kind of journey we were on,” she said.

They taught themselves as they went “out of pure instinct.” They learned how to extract the gel from the seaweed, making sure nothing was destroyed, through trial and error.

“We did it in a way that didn’t destroy what we were extracting, which is super important to where we are now, and then we were like, ‘What do we do with this now?’ And ‘How do we make lotion?’” Because Terrence’s hands got better,  they were doing it for themselves at first.

“We didn’t even realize we were going against the grain of how extractions are done and how most lotions are made. Normally you would just put in this tiny little bit of something  and then the rest of it is water. We didn’t do that. We made this product where the majority of it is our extract,” she said proudly.

‘I love your lotion’

They mostly just used it on themselves or gave it to friends. There was no denying the results. “‘I’m going to try it on my face,’ I said, and then I did, and I was like, ‘Oh no, it’s making me break out.’ But it wasn’t. It was reducing pore size. It was bringing dirt out of my skin. And over the next year, my whole skin quality just got better,” Courtney said.

They began packaging and selling their seaweed-based products.

“Customers came back to us and said, ‘This has helped my eczema.’ ‘I love your lotion.’ ‘It’s so hydrating and not itchy during the winter.’ And then we met Doctor Helleur.”

To experience unpolished living for yourself, or for more info visit www.7fathomsseaweedskincare.ca or gratescovestudios.ca or just get in the car and drive and see for yourself