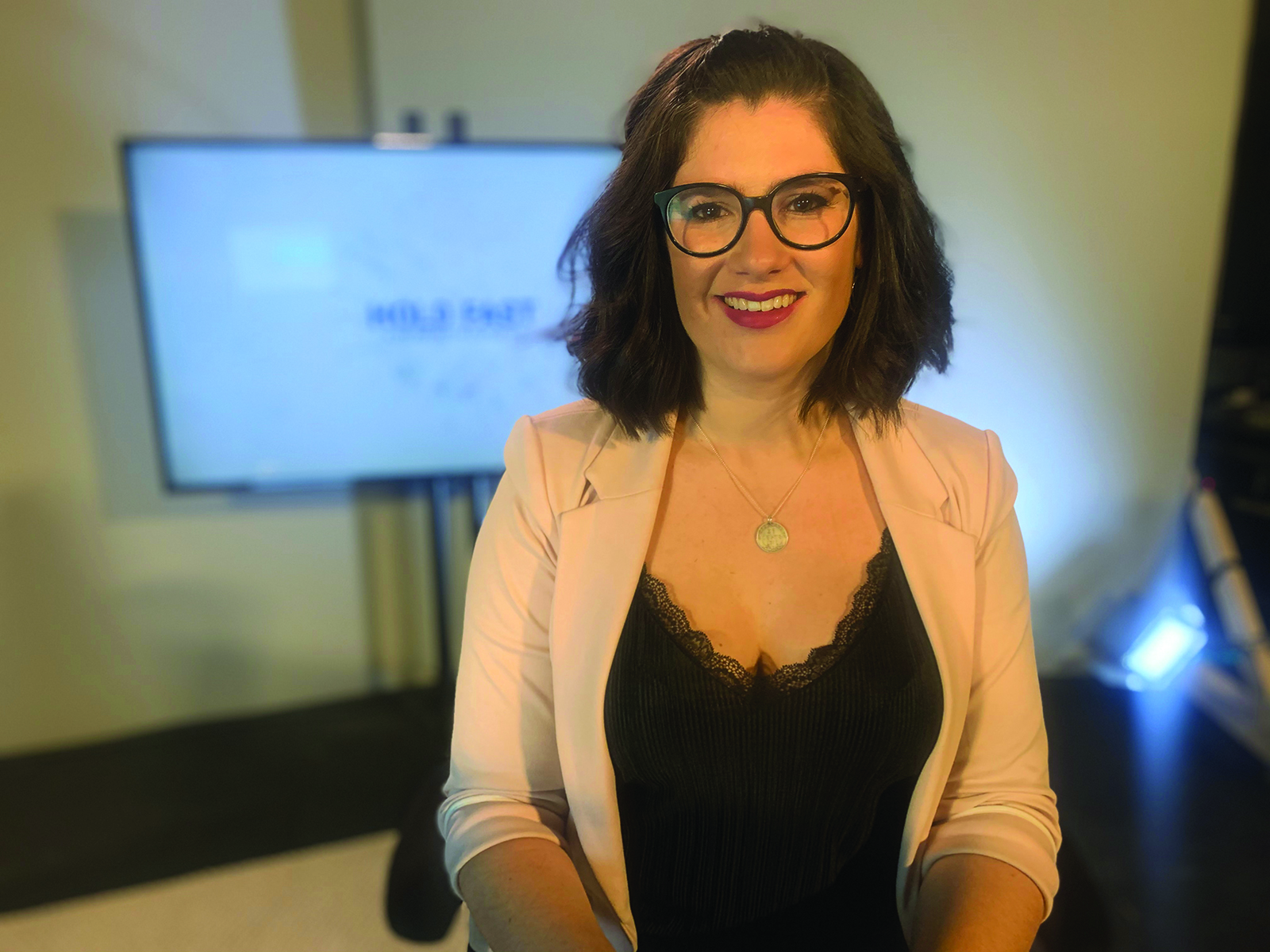 From lockdowns & clusters to recoveries and vaccines, it’s the story of a lifetime. A Herald exclusive with an award-winning reporter covering the coronavirus

Journalism, no matter the beat, has an element of chance. Reporters dedicate much of their energy to consuming information, fact-checking, chasing interviews and, of course, staring down a deadline.

If the story is particularly newsworthy, well, that’s a scoop. Some stories, though, are life-changing.

COVID-19 has impacted the world, killing almost three million people and infecting over 125,000,000. The global pandemic has closed borders, businesses and schools, forced lockdowns and introduced us to the unnerving realities of words like quarantine and self-isolation.

Newsrooms everywhere, like NTV, were seeing the menacing headlines out of Wuhan, China in late 2019 but, admittedly, the coronavirus story seemed a world away. It wasn’t. The first case was reported in Canada on Jan. 25, 2020.

Just two months later, Newfoundland and Labrador was under attack.

For over a year, since the province’s first presumptive case on March 14, Kelly-Anne Roberts has emerged as one of the province’s most-trusted voices, a conscientious journalist with the deft ability to wade through the minutia for substance – delivering facts.

The 27-year-old, who earned a science degree prior to her foray into journalism, is analytical, detailed and, at times, tenacious in her pursuit for answers.

“It takes a great deal of journalistic stamina to do what she has done during the course of this pandemic,” says NTV senior anchor Glen Carter. “We’ve all benefited from her reporting, here in the newsroom and our audience across the country. That’s the measure of a real pro.”

It’s a story that, admittedly, has consumed her – daily news deadlines, endless emails, tweets, texts and phone calls, often from strangers seeking clarity or additional information from a journalist they have come to trust.

“It’s certainly taken over my life. There isn’t a day that I’m not thinking about the pandemic or waiting for the 2 o’clock (numbers’ update), preparing questions for briefings, hunting down answers for email responses,” says Roberts. “Every facet of my life involves COVID-19.”

She continues a grueling pace and only surrendered to a recent four-day break after her boss insisted she get some much-needed rest. Roberts literally refused to take a day off when the story first broke, sparked last March by a funeral home cluster that would become a coronavirus super-spreader.

The never-ending news cycle, not to mention an infodemic of misinformation, has made telling the story challenging. Rumors, we’ve learned, can spread as quickly and widely as the virus itself.

“The ever-changing nature of the pandemic has had its struggles. Information you gather one minute could be completely outdated in an hour,” she says. “Covering this story has been like running a marathon, with a few hill sprints mixed in. I don’t think any training in the world could have prepared a journalist for this beast.”

For journalists, like Roberts, it’s a once-in-a-generation test to interpret the data, tell the human stories while holding political leaders to account.

And speaking of politicians, did we mention she has played a key role in NTV’s coverage of the provincial general election? Yes, a tormenting trip to the polls that crawled over 10 weeks as the province grappled with a coronavirus variant that, on February 11 alone, saw a record 100 confirmed cases.

“She’s such a diverse, multi-talented journalist,” says Mark Dwyer, NTV’s Director of News and Current Affairs. “She’s an absolute professional, in every sense of the word.”

The pandemic has unfolded at a frenetic pace, forcing many reporters, like Roberts, to adapt. Political and general assignment reporters alike have all been walking a new beat — health.

But it takes a skilled, meticulous journalist to do it well. Roberts, colleagues will confirm, brings an almost compulsive approach to her reporting – detailed, fastidious and accurate.

You need only to peek inside the pages of her steno notebook to understand the person. A casualty of the digital age is penmanship but, oh no, not inside these pages – her immaculate notes recounting the details of a virus that has altered all our lives. The neat handwriting confirms her attention to detail, the value of documenting the biggest story she’ll ever cover.

Covering a story of this magnitude carries a healthy weight. It’s been over 18 months since she’s seen her family. Her mom, a nurse, is running a COVID-19 unit in Alberta, seeing first-hand that heartbreak her daughter reports on each day. Her dad recently retired but his only daughter hasn’t been able to wrap her arms around him to celebrate the milestone. “I could cry just thinking about it. Who am I kidding? I am crying,” she says, noting it’s been a year of sacrifices for so many.

“Christmas, birthdays, anniversaries – all made somber by distance.”

There is hope, though. The happiest place in medicine right now is anywhere there’s a vaccine – with upwards of eight million people in Canada expected to have a needle plunged into their arms by early April. The torrent of vaccines flooding into the country shines a light at the end of the dark tunnel.

“I know many families feel the same as me. They just want to hug their loved ones,” she says.

Roberts, one of the country’s top young journalists, is a proud Newfoundlander. The two-time AJA winner was born in Mount Pearl but moved to Nunavut when she was six. The family would spend five years up north before moving to Alberta where she’d thrive as a student-athlete, playing top-tier college hockey while earning a science degree.

“Little did I realize that (degree) would be put to good use over the last year while covering this story,” says Roberts, who completed a journalism diploma in Alberta before joining NTV.

It’s been a tumultuous year of worry, panic, frustration and, lately, anxious optimism. Needles are going in arms, businesses no longer up in arms and life, dare we say, returning to normal.

But the fight continues, on the front lines and in newsrooms across the world. Roberts remains on the story, as dedicated as ever, but hopeful a hug from her parents is just a vaccine away.

For more of NTV’s Kelly-Anne Roberts, follow her on Twitter or check out her work on NTV.ca