JIM FURLONG | Down to the Sea in Ships 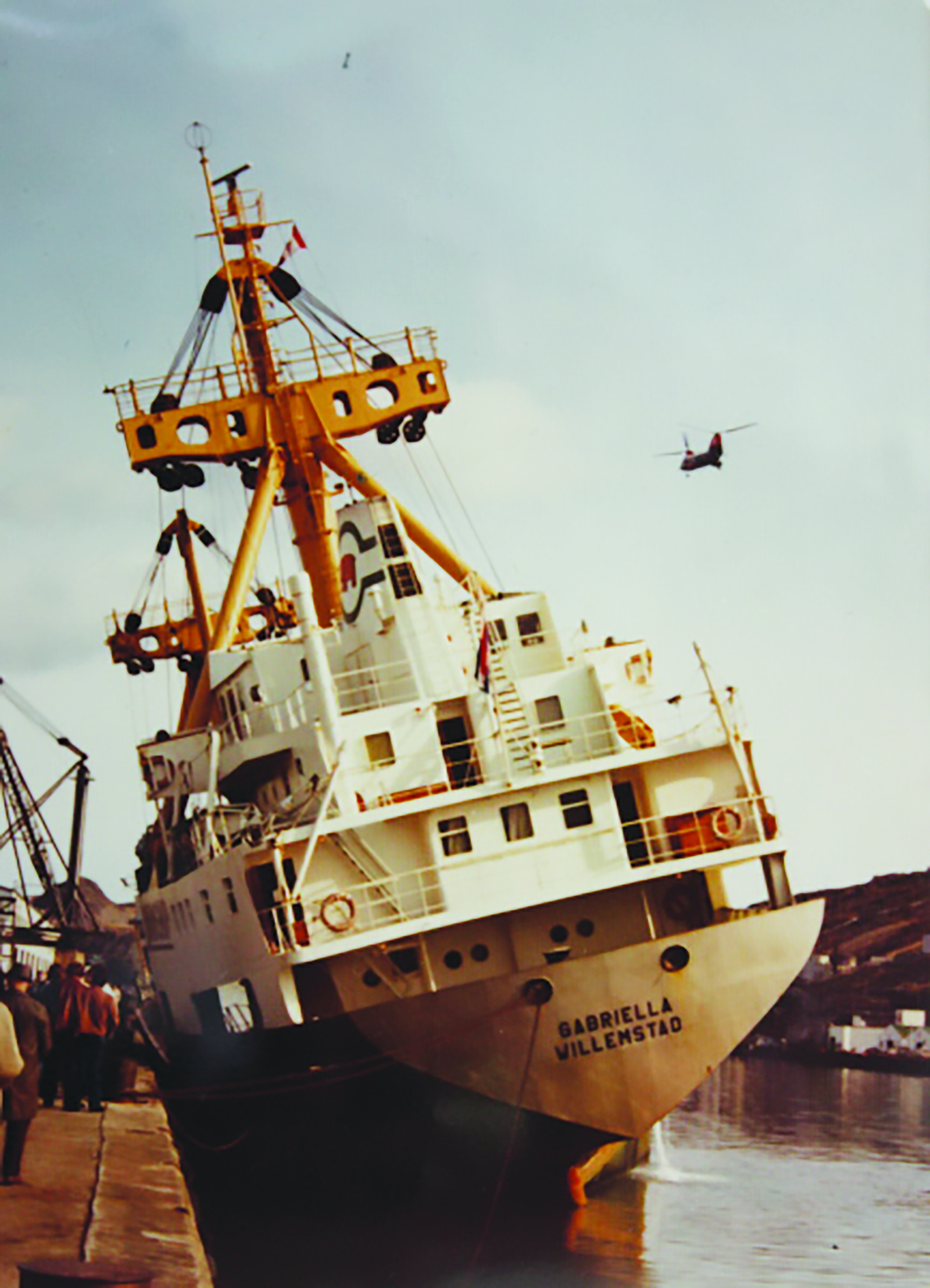 it was a scene oft repeated on wharfs in St. John’s harbour. A ship docks and hearses from local funeral parlours roll up to offload a tragic cargo.

So it was last week when recovered bodies from the sunken Spanish trawler Villa de Pitanxo were brought ashore.

It is a scene that has unfolded many times at the waterfront. We all are familiar with the images. They say much without using words. There is, it seems, a reverence about it all. It isn’t about rescue. It’s about counting the dead and returning the bodies to those left behind. I remember the Vasco D’Orey.

She was a Portuguese trawler that exploded in the harbour back in 1977. She was eventually towed out to Freshwater Bay with three bodies of Portuguese fishermen still on board.

I remember too the tragedy of the MV Gabriella. Abandoned at sea in a terrible storm 100 miles off the coast of Newfoundland. 13 members of Gabriellas crew died, some in a lifeboat. Their bodies and the lifeboat were brought to the harbour at St. John’s. It was 1976.

A savage irony is that the Gabriella never sank and was brought to port to be tied up at the wharf.

Back in 1914 the S.S Bellaventure, so much a part of the Newfoundland sealing disaster, slipped quietly into the harbour with her decks piled high with the corpses from that sealing tragedy. People lined the harbour as she arrived. The Bellaventure had on board both the living and the dead from the S.S. Newfoundland. She had picked up survivors and the bodies of those frozen on the ice.

All those ships are part of our history and that sad waterfront ballet that plays out so often doesn’t include the bringing ashore at the harbour bodies from the Ocean Ranger or the Cougar helicopter crash, but they too are part of the tale.

What struck me as odd is that even as I watched interviews with Spanish officials this week there was a sense that I had seen all this before. It’s a grim play of disaster and recovered bodies and unrecovered bodies that has been a quiet sub-plot to life around the Atlantic Ocean.

It’s a tough and unforgiving place to try and make a living. It’s a place where ships sink or drive ashore or in some cases like the Southern Cross or the Blue Wave; simply vanish from the face of the earth.

We are reminded of all that this week with the loss of the Villa de Pitanxo as we have been reminded before for centuries. Unfortunately, we will be reminded again about the perils facing men who “go down to the sea in ships and occupy their business in great waters.”