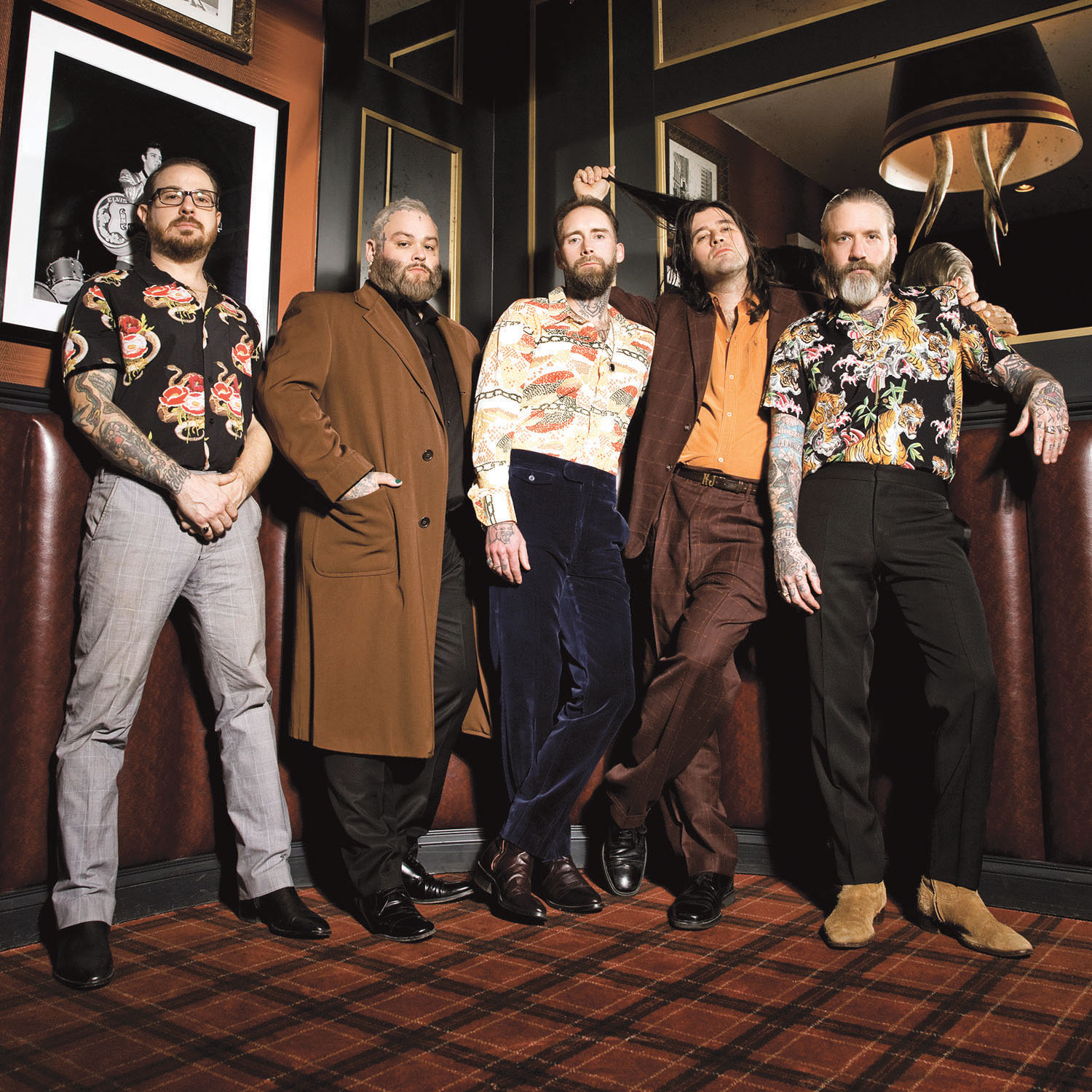 For the first time in 12 years, the crown jewel in Canada’s post-hardcore crown, St. Catharines, Ontario’s Alexisonfire, return to Newfoundland and Labrador at the 2022 Iceberg Alley Performance Tent.

Comprised of George Pettit, Dallas Green (also of City and Colour), Wade MacNeil, Chris Steele and Jordan Hastings, Alexisonfire is set to drop their first studio album in 13 years, Otherness, on June 24th, their first since a lengthy hiatus beginning in 2011.

“It’s a trip. And especially after being cooped up, not playing a show for two years in that global pandemic,” shared Pettit in a sitdown with The Herald, marveling over the white-hot status of the band, who are headlining festivals across the globe.

“Your first show back is Lollapalooza in Santiago, Chile. That’s a bit of a head trip. And it has been wild. I don’t know, we’re all very, very excited that we’re still capable of doing that sort of thing. It’s not lost on us how miraculous that is.”

Otherness, Alexisonfire’s first studio album since 2009’s acclaimed Old Crows/Young Cardinals, finds the collective powers of one of the Great White North’s most blistering heavy attractions on full display. And what’s more, they’re having a blast doing it.

“I think part of keeping it going too is keeping it in that fun realm,” Pettit shared. “Like, the reason why this record turned out as good as it did was because there were no real expectations at all. This wasn’t like, ‘okay, we’ve got a month now in between tour cycles, let’s make a record.’ It was like no, ‘let’s just make something because we think we can do it.’ So I think we want to kind of keep that rolling and keep that vibe.”

Reflecting on past excursions to The Rock, and Pettit candidly recounts honest and hilarious observations on the at-times wildness of our wind-swept island, and our party-ready people. One such memory at the 2007 Salmon Festival in Grand Falls bares repeating.

“That Salmon Festival Show, I remember that,” he grinned. “You get off the flight, you get into a van and then you drive for three hours into the bush and there’s moose running across the street and all the stereotypical Newfoundland sort of things. You’re just like, this is incredible and remarkable.

“And then all of a sudden the woods kind of open up and there’s a stage there and a group of the drunkest, rowdiest Newfoundlanders that I’ve ever seen in my life just in the middle of nowhere playing a crazy show. So we’ve always had a great time.”

Returning to the island in 2010 and Pettit and co. would jam-pack the Delta Ballroom in St. John’s, the demand for tickets so high it resulted in the crash of the ticketing website.

“Again, we did the whole shebang,” he recalled. “I feel like there was a time, maybe that 2010 show that Alexis played and then Wade and myself and a few other guys, there was like a bar advertising an after party and we went there and we took all the band’s instruments and we played the Black Lungs set. I think that was in Newfoundland.

“It was just like the best. We just showed up. People are so happy and everybody’s having a great time and we just  borrowed everybody’s gear. We’re just like ‘let’s play! We’re playing. All right, here we go!’ I’m very excited to come back.”