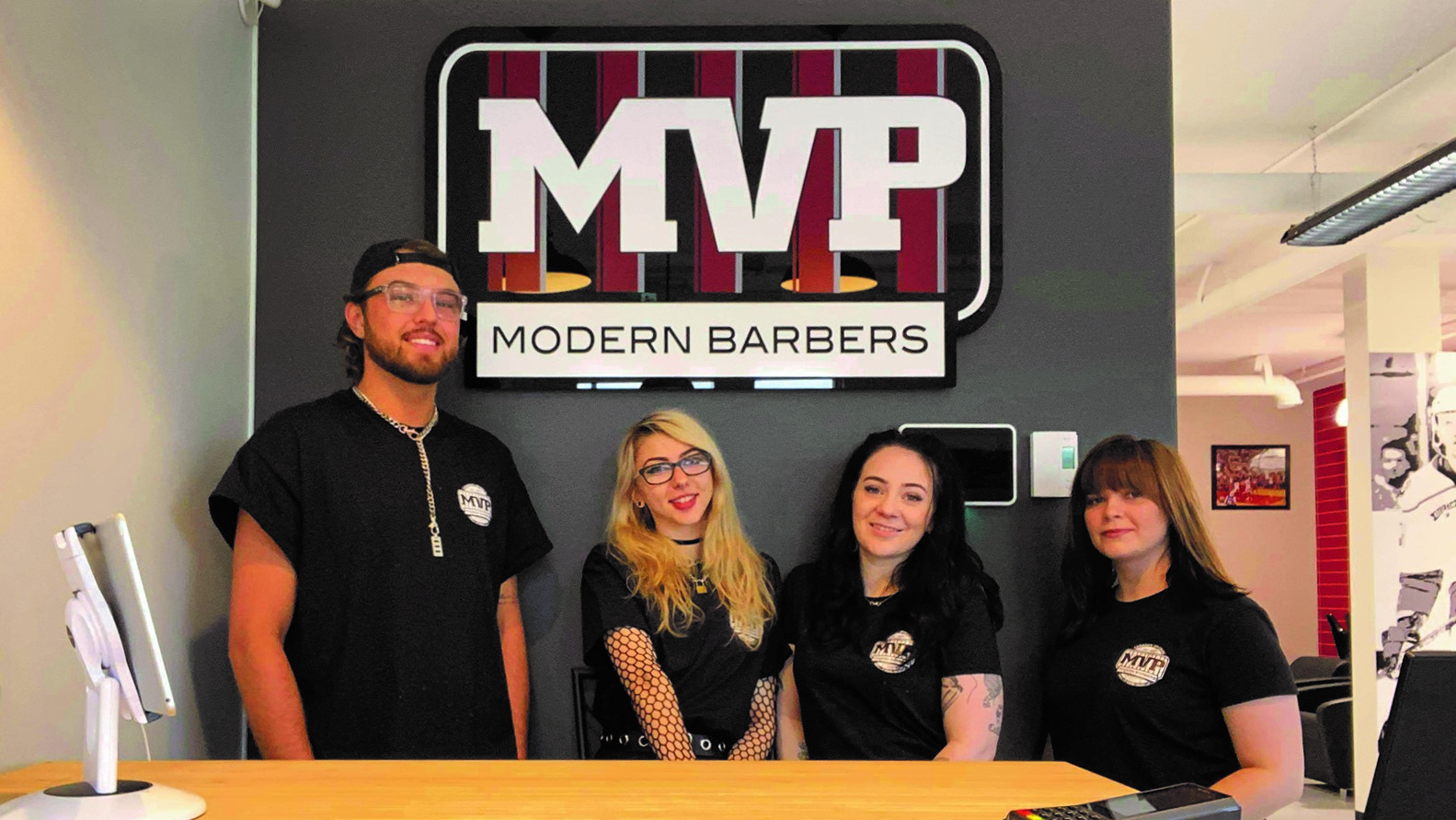 Opening your business during the pandemic comes with its own challenges, but Colin Hodder — Owner/Director of MVP Modern Barbers, St. John’s — isn’t letting them get in his way.

Colin Hodder, Owner/Director of MVP Modern Barbers in St. John’s, says he’s ready and eager for the big day. We sat down to chat a few days before his grand opening. A Second Engineer offshore for over a decade, this single father made the business owner move for many personal reasons.

“I’ve always liked the idea of being a business owner,” Hodder opened, adding that one of his first jobs in his hometown of Marystown was working for a small business. “I saw the potential, even at 19, of what being a business owner can mean. It’s work, but there’s reward too,” he shared.

MVP Modern Barbers is a franchise, and CEO Brian Bonsma said he’s “excited and honoured” to see Hodder’s dream come true. MVP Modern Barbers opened their first location in Calgary in 2004. Built on the concept that men were looking for a place where they could get a great haircut in an environment that was designed specifically for them.

A small owner-operated, classic barbershop where fellas don’t have to share space with women and kids in a unisex salon. The idea that men could watch TV, play video games while also getting a proper man’s haircut, was what MVP was built on. Bonsma bought into the idea first in 2007 when he became a customer in the company’s second location that opened in Kelowna BC. “We had just moved and I kept hearing about this amazing men’s barbershop where there were tv’s everywhere with pampering equal to a spa, but it was just for men. One visit and I was hooked,” he said.

To now be able to share that experience with Newfoundlanders via Hodder’s endeavour is incredible, he added. “This is an amazing brand and I don’t hesitate when I say quite literally that I loved the company so much I bought it.” Hodder, who has been used to the month on/month off offshore lifestyle, shared that having more time at home will be a dream come true. But why a barbershop?

“This is the first franchise in Atlantic Canada and I like that MVP celebrates sports. I am a massive sports fan. Basketball, hockey; pretty much all sports, and MVP really allow you to put your own stamp on what this barbershop can be. Newfoundland and Labrador have some great sporting traditions and we have some top-notch stars and I get to celebrate local sports,” Hodder said. 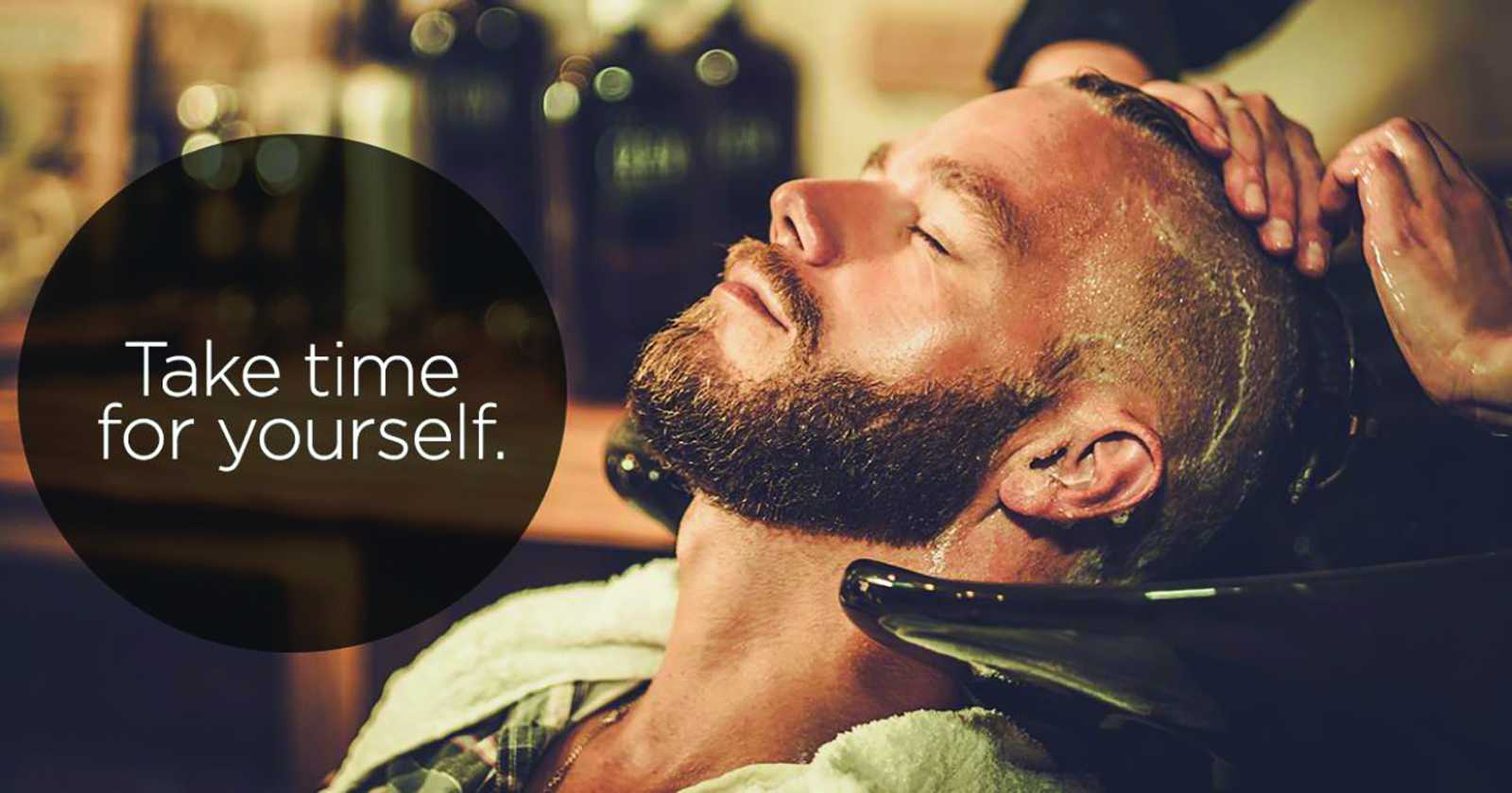 From the Regatta to curling, it’s all there to be taken in, Hodded added. “It’s great that I can say I put my stamp on everything. Four chairs, but there’s room for six, so we’ll look at that moving forward, but from the mural on the wall to the reception desk area, which is custom made, I’ve been designing and planning and involved.” Hodder is obviously excited.

“Custom-made shelving, which looks like something a guy would make out of spare parts in his garage. A conversation piece, something interesting. It’s just cool, a place where you’d want to bring your son and your father to,” he added. Hodder thinks back to the first meeting he had with his new team of barbers before the doors officially opened at his location on 394 Kenmount Road.

“We all went into the store and the floor was dirty. It was far from becoming a barber shop. The walls were framed but there was no power. No lights. And it was getting dark. And we all sat around and had a real good conversation. And the excitement level was just beautiful. Even though it was a shell of a place at the time, but that kind of added to that field of dream moment for me, you know?”

Hodder paused. “Just the idea that these people were being employed and would have a good job because of what we’re doing, gave me a good feeling. Add to that the feeling that we have a great service to offer, and you could say it was an incredible moment.”