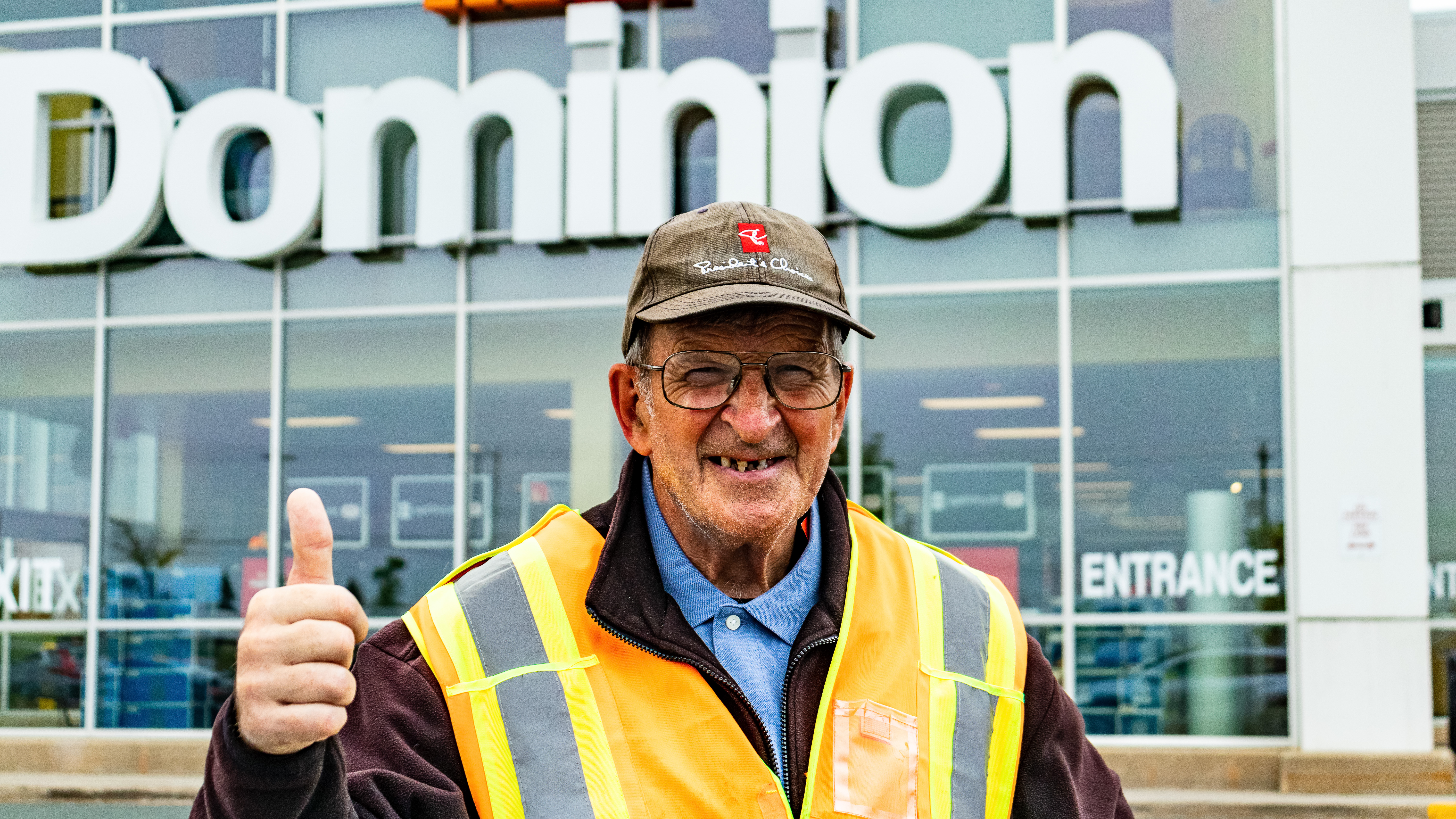 “I served a lot of customers over the years,” Heffernan told The Herald. “It has been an honour and a privilege… it’s hard to believe that tomorrow at one o’clock I retire after 48 years and seven months.”

Heffernan’s personality, tenure and work ethic have made Heffernan a staple at the Blackmarsh Road supermarket, and have rightfully earned him praise from his longtime coworkers.

“He’s got a very good work ethic,” Beverly Wills, the store’s assistant manager explained. “He’s very dependable. The only time he misses work is if it’s snowing. He doesn’t like to drive in the snow, which is understandable,” she laughs.

“Standard would say you should only push five carts at a time,” Store Manager Andrew Norris told us. “But I often see Marty coming up with the carts in two hands… I would say ‘Marty, you’re doing too much… and just remind him he’s doing a great job for us. He always tried to too much and go above and beyond the call of duty.

Being a well-known figure at the store, Heffernan has even received a number of gifts from customers after learning of his retirement.

“The other day he got a little timepiece — it was a watch, apparently,” Norris explained. “But they’re always customers giving Marty gifts. A lot of the customers know Marty, say hi to him or acknowledge him.”

Since announcing his retirement, Heffernan has gotten a lot of attention from customers and media — attention he tells us was unexpected.

‘I COULDN’T BELIEVE IT’

“When I read that this morning — I figured it was only going to be a little piece,” Heffernan said of a newspaper article about his retirement. “But when I saw the whole front cover… I couldn’t believe it,” he said proudly.

“I’m only Marty Heffernan, I don’t think of myself as anyone special, but that really warmed my heart this morning to see that story in the paper.”

With as much experience as he had, we asked him if he had any work advice for young people.

“Take one day at a time,” he said thoughtfully. “Be as helpful as you can to everybody. Be around with people — the employees that you’re working with. Be friendly. But most of all: customers are the most important thing. Be friendly with them and help them if they want help.

Have an idea for a story? Let us know in the comments below!