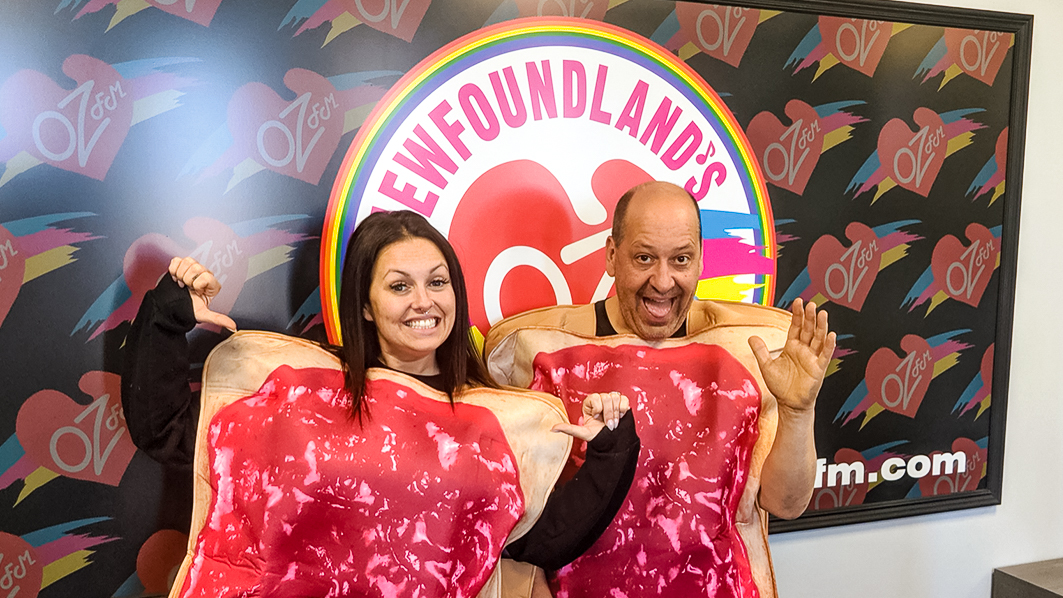 Randy Snow and Stephanie O’Brien have something special. They joke. They tease. But they also have one another’s back. Their radio magic wouldn’t be what it is otherwise.

What makes it click? They admit they are not really sure, but whatever it was happened almost immediately on that very first Morning Jam morning.

“There’s definitely chemistry between us. People say they can feel like there’s that obvious chemistry between the two of us,” Snow begins.
“He’s obviously obsessed with me. And that shows,” O’Brien teased. They laugh.

While they tease they’d like all the credit for being number one, they both also know the music has a lot to do with it too.
“There’s lots of nostalgia there in the music and that has helped. We’ve amped it up when it comes to promotions or small contests or even our topics of conversation. People can relate to the music, and we talk about things that are relatable. We talk about what we do. We’re local and it’s relatable,” O’Brien shared.

Snow agrees. “That’s a big part of it. I’ve often said that for radio, in order for it to work, it needs to be local. People rely on the fact that you have a radio station here so your people on the air should be from here. Steph and I are both Newfoundlanders. We can relate to the geography, the history, the culture, and to what’s going on. Steph grew up here. I grew up in Gander, but I spent a lot of my adult life in St. John’s steps from the Goulds, in fact my mother’s from Goulds, so we had that instant connection and I relate to everything she says,” Snow said.

O’Brien, who is carefully applying her makeup for an offsite once she gets off the air, reflected on what Snow had said.
“I think that’s important on the radio. When they’re listening to us, they know these guys know what they’re talking about because they’re from here and they’re waking up in the morning right here and we’re all experiencing the same things.”
Snow picked up where O’Brien left off. “Steph is a mother. She’s a career woman. So a lot of families who listen in the morning really connect with her.”

Especially during the pandemic, or as Charlie likes to call it, the ‘pan-dammit.’

“There was a lot of guilt going on, I think, during the pandemic with moms and working and trying to do the mom role at home, especially if they had husbands that were offshore or away. So when we talked about it onair, especially when I was working from home, they got it. I would have to stop the news for a minute because Charlie was screaming in the background. It was real. That was all real. And I’m positive there were so many moms out there being like, ‘oh, my God, I totally got it.’ But they also feel ‘I’m not alone,’” Snow added. 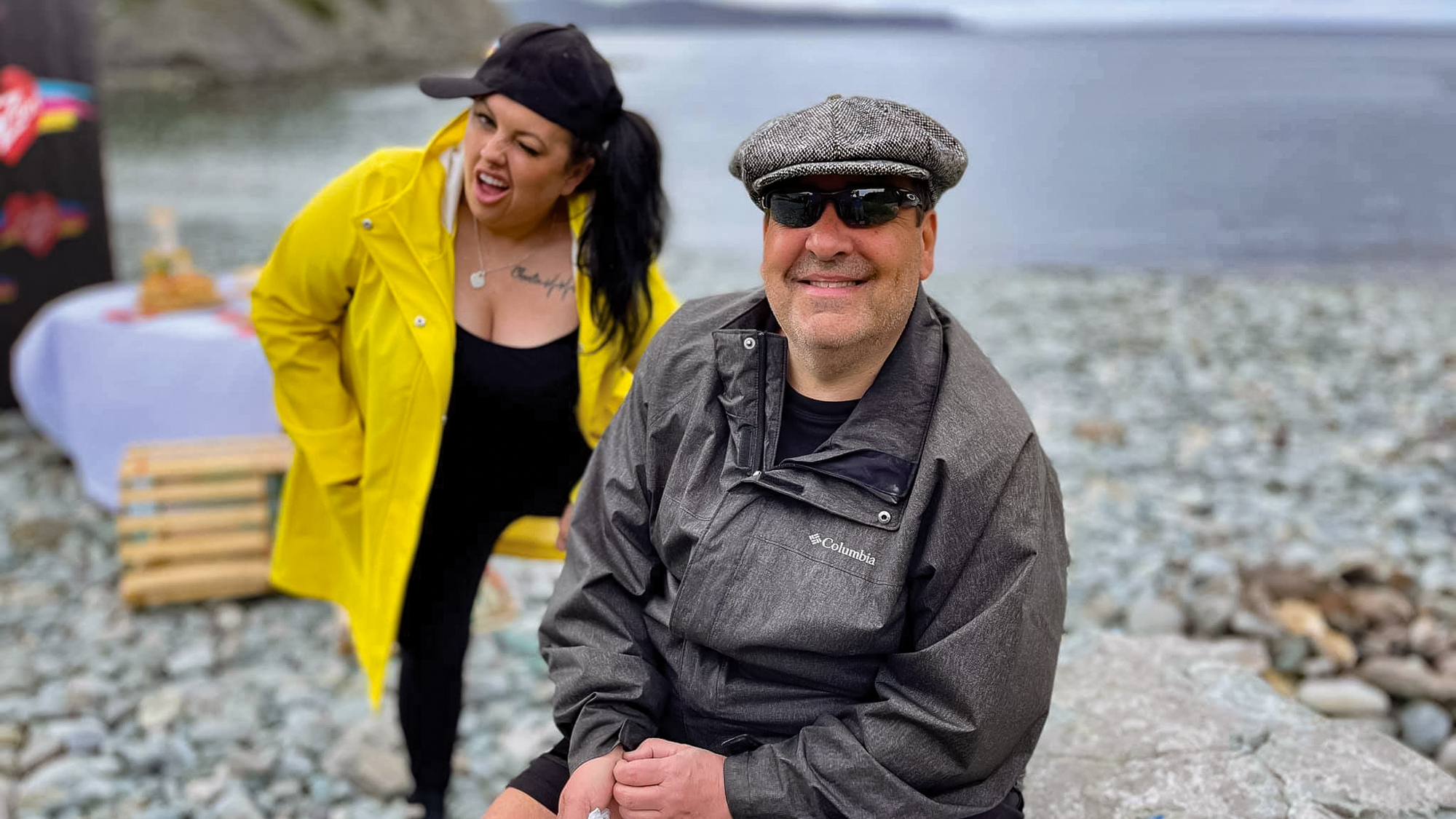 ‘THANK YOU FOR HELPING’

“They hear this woman on the radio who’s juggling all of this at the same time and listening to how she’s handling it with a smile. That’s like six o’clock in the morning. Sometimes some mornings there’ll be frustration, and you could tell that and the parents were like, ’I get it’ because they are at home and they’re trying to do homeschooling and all this kind of stuff. And here’s Stephanie trying to do her job from home and little Charlie is like three or four years old. She doesn’t get Mommy’s on the radio and working. So she’s going around singing and screaming and trying to get breakfast.”

But nobody seemed to mind, Snow added. “We got a lot of comments from listeners telling us, ‘thank you for helping us get through the pandemic with a smile on our face.’”

O’Brien said they took the pandemic as an opportunity to keep it light.
“We gave the important information but we worked to keep people entertained and try to get them through it. People were lonely at home and saw nobody. I mean, it was just a horrible time.”

O’Brien found the 19-week lockdown tough. So did Snow, who – because he was working at the office still, didn’t even see his own parents who live across the street to keep them safe.

“I’d be here and I went home. Steph said to me off the air one morning, ‘I don’t know how much longer I can do this.’ I said, ‘Steph, I go home. I see nobody, but at least I feel like I’m helping keep people safe. You got your husband and a little girl there who is relying on you, and two cats. I don’t even have a pet anymore.’ So we kind of got through it and we relied on each other a lot that way to remind one another that it was going to be normal again soon, but we had to also count our blessings.”

O’Brien says that having a chance to work with “everyone” has helped her grow as a person and as a radio host.

“I love everyone that works here. Rob was my first morning show co-host and we got along great and it was a great show. And I worked with Stephen and Hugh. We all really love being together. But the magic really came with myself and Randy. And I hear that from everyone,” O’Brien said.

Snow couldn’t agree more. “In life when you meet your life partner, you know. Same thing in this kind of business. In a career like this we have to be able to predict each other’s thoughts when we’re on the air.”
There’s a turn of phrase for such chemistry, he added.

“I call it honouring the verbal reality. That’s a rare thing in radio where you can say something on the radio without letting the person know ahead of time what you’re going to say, or where you’re going to be going with it. So if I said to Stephanie, ‘hey, I went to a movie last night’ but off air I just told her I went to bed at seven o’clock, she will know I’m setting up another story.”

That’s something that came naturally, O’Brien added. “It’s funny because one of the things I learned in college for musical theater in one of my acting classes was you always say yes. So when you’re doing a scene or enjoying improv, you never shut it down. You have to keep it open. The second you say no it goes nowhere and it’s done. So I actually did listen and learn something in school that helps in life. That’s amazing.”

NEVER SHUT IT DOWN

The two banter back and forth and queue another song, The chatter doesn’t stop when the mic is off, either.
“When we started Stephanie said to me, ‘I’m going to learn so much from you’, but I’ve learned so much from her. Stephanie has got such effervescence and a bubbly personality. And I remember when I came back here, I said, ‘before I wrap up my career, I’d love a chance to work with that woman.’”

Their first meeting is somewhat up for debate, but the story is cute and deserves sharing. “We met once at a party at my house, she says, and she claims she put me to bed – details are scanty and I say that never happened. But I said ‘I think her and I could create something special together.’ From the first morning we were on, we just connected. Stephanie knows how I’m thinking.”

O’Brien says they not only play off one another, but pick up for one another as well. “The other will jump in and pick up if one isn’t feeling themselves one day. And that’s true teamwork. There really is like an unspoken thing that just naturally happens.”

The two have chemistry, but they also have an obvious admiration for one another as well. “I would listen to Randy on the radio before we worked together and think, ‘I’m going to be better than he is one day’ but now I’m working with him and we are number one together. I admire him so much and now we get to share this journey and it’s incredible.”

Snow admits to “checking O’Brien out” as well. “When we didn’t work together I knew I had to keep an eye on her because she’s coming after me. I heard her interacting with callers and I said, ‘she’s got it.’”

That the two stars get to spend their mornings together is a win-win for so many reasons. O’Brien gets the last word.

“It’s all very serendipitous. It’s one of those things where everything that happened, good and bad, got us to this point. And it just works.”