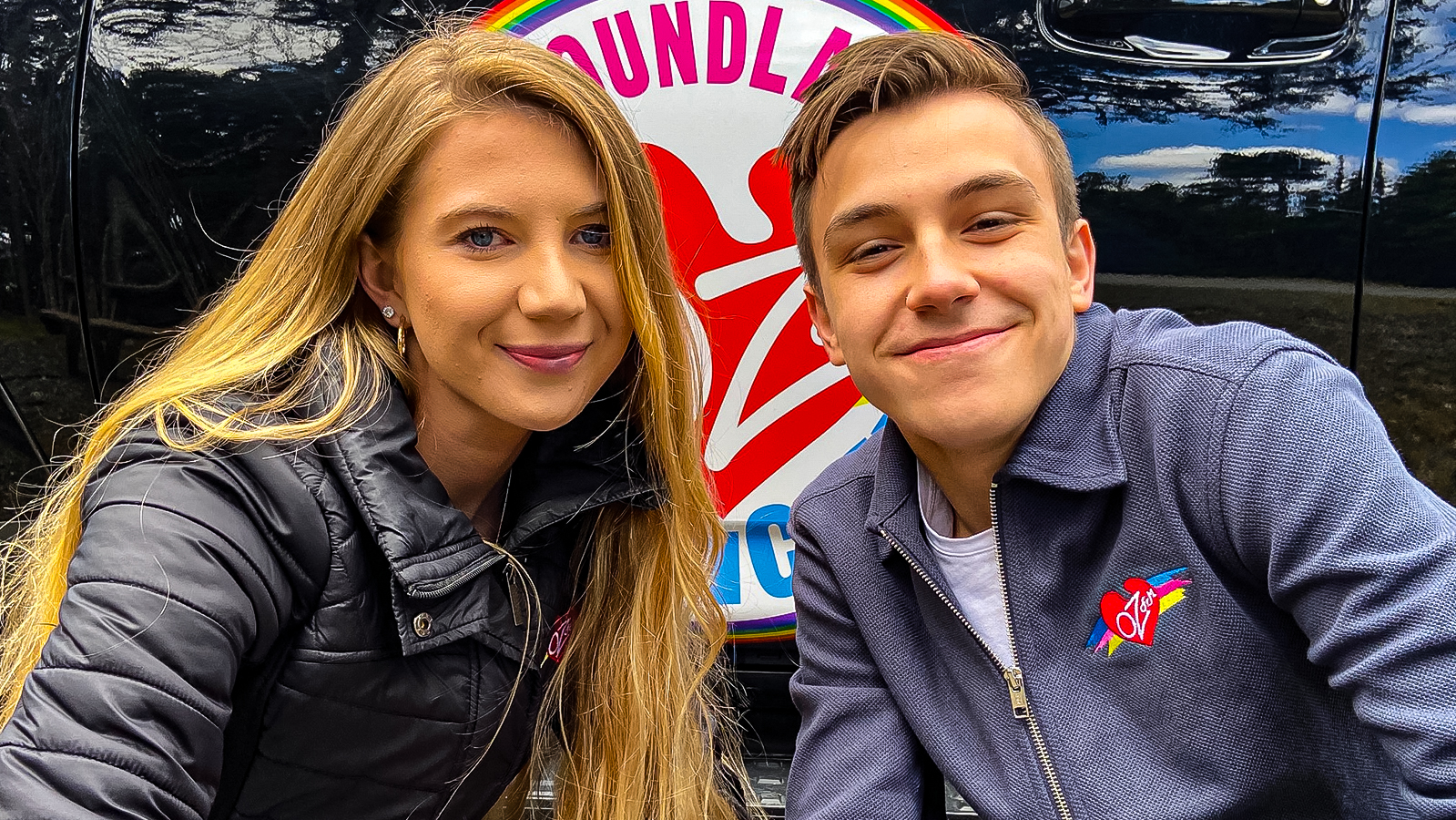 Embrace ‘Staycation 2021’ on The Rock with NTV’s Becky Daley and Noah Perchard, hitting the road as the all-new OZFM Staycation Summer team

As the COVID-19 pandemic rolls on, Newfoundlanders and Labradorians have learned to embrace the little things. The smell of the saltwater, the sights of the changing of the seasons, the sounds of spring melting into summer, while Lockdown and isolation have made us all pause and reflect on things we both take for granted, and what we dearly Miss.

With #Staycation2021 in full effect once again here on The Rock, there’s another chance for Newfoundlanders and Labradorians to make the most of our picturesque island home. Fitting then that the OZFM Staycation Summer team would return to help ensure summer 2021 is one for the books and then some.

Comprised of returning favourite Becky Daley – a fixture of the Cruiser Team since 2018 – and rising acting prospect Noah Perchard, this duo brings unmatched chemistry and a love of all things Newfoundland behind the wheel of the iconic OZFM cruiser, hitting the road to take in the best our province has to offer.

“The whole summer for me is what I’m really excited for because I don’t really know what this summer brings,” shares Perchard. “I’m just excited to go around with Becky in the sun. I’ve worked fast food for four years now and I’m finally stepping away from that and doing a job out and about. It’s going to be a very big change of pace for me and it’s going to be way more exciting.”

Daley, who first joined the Cruiser Team for the summer 2018 season, admits that she and Perchard had instant chemistry, a necessary feature for the always in-demand gig.

“I think with Noah it was really easy,” she says. “Being a part of a team makes you learn from things. You kind of realize what your strengths and weaknesses are.”

A LIFE IN SHOW BUSINESS

Perchard, who has appeared in local commercials, served as the youngest-ever host of the Janeway Telethon in 2019, as well as acting in high profile productions Black Conflux and Hudson & Rex, explains that his time in front of the camera proved invaluable as experience ahead of his time in the Staycation Summer team.

“That (acting experience) was huge. Having to do awkward things on stage with people before or on-camera kind of makes it easier. I just feel more comfortable …. and I just feel like it’s less likely I’ll embarrass myself, even though it’s probably more likely (laughs).”

A budding star in the world of acting, the experience of landing a role on the CityTV series Hudson & Rex galvanized Perchard’s desire to pursue a life in show business.

“It was like my first big role, and it was like well, this is it. I find out if I like it or not for sure. And I loved it,” Perchard recalls. “It was probably the best week of my life, just going on set, meeting all the actors and they’re all so nice. It was awesome. 100 per cent, that’s what I want to do for sure.”

Aside from her reoccurring role as a welcome face for Newfoundlanders and Labradorians on the OZFM Staycation Summer team, Daley has become a fixture of NTV’s family with her news segment Our Time, one that sees the budding communications major team with NTV’s own Glenn Andrews (Perchard’s father no less!) for a feature that spotlights our province’s youth.

“Well, to be completely honest, I don’t think that I would have ever taken this opportunity if I didn’t have a bit of experience with the Cruiser Team and just being out in the public,” shares Daley.“I’m such a socially awkward person and still am. And I think that the Cruiser Team really helped me kind of step out of my comfort zone in a way.”

Whether preparing for radio duties, marketing blitzes, hosting engagements, or anything in between, Daley shared that Perchard’s experience in the world of acting has already made him a valuable resource to the Staycation Summer team.

“You can bounce off each other in that way. This guy has roles, different parts and is basically going to go be an actor someday. So he kind of made me focus and say, okay, here’s my lines, your lines, let’s say this over 10,000 times so we get it right. He made me feel so comfortable.”

“It was super, super easy. Like there was no really awkward moment,” Perchard says. “It’s usually something that is a little awkward, meeting someone that fast and you have to be comfortable with someone like that. There was no ice really to be broken because it was like it was automatically broken.”

Both Staycation Summer team members agree unanimously; hitting the road across the province has never been more alluring than 2021. Smack-dab in this pandemic era, making the most of summer Staycation season in Newfoundland and Labrador, and visiting loyal OZFM listeners and fans, is the role of a lifetime.

If Daley and Perchard can help Newfoundlanders and Labradorians find a return to normalcy along the way? That’s the ultimate payoff.

“A lot of people didn’t realize that because of COVID last year that the Staycation Summer team was a thing. But the OZFM cruiser just being out in the community and people kind of having that OK, this is still normal? That made people really happy,” Daley says. “I would see like kids get really excited, and then older ladies would get excited. It made it feel like things were a little normal in Newfoundland.”