‘Round the Bay Treasures 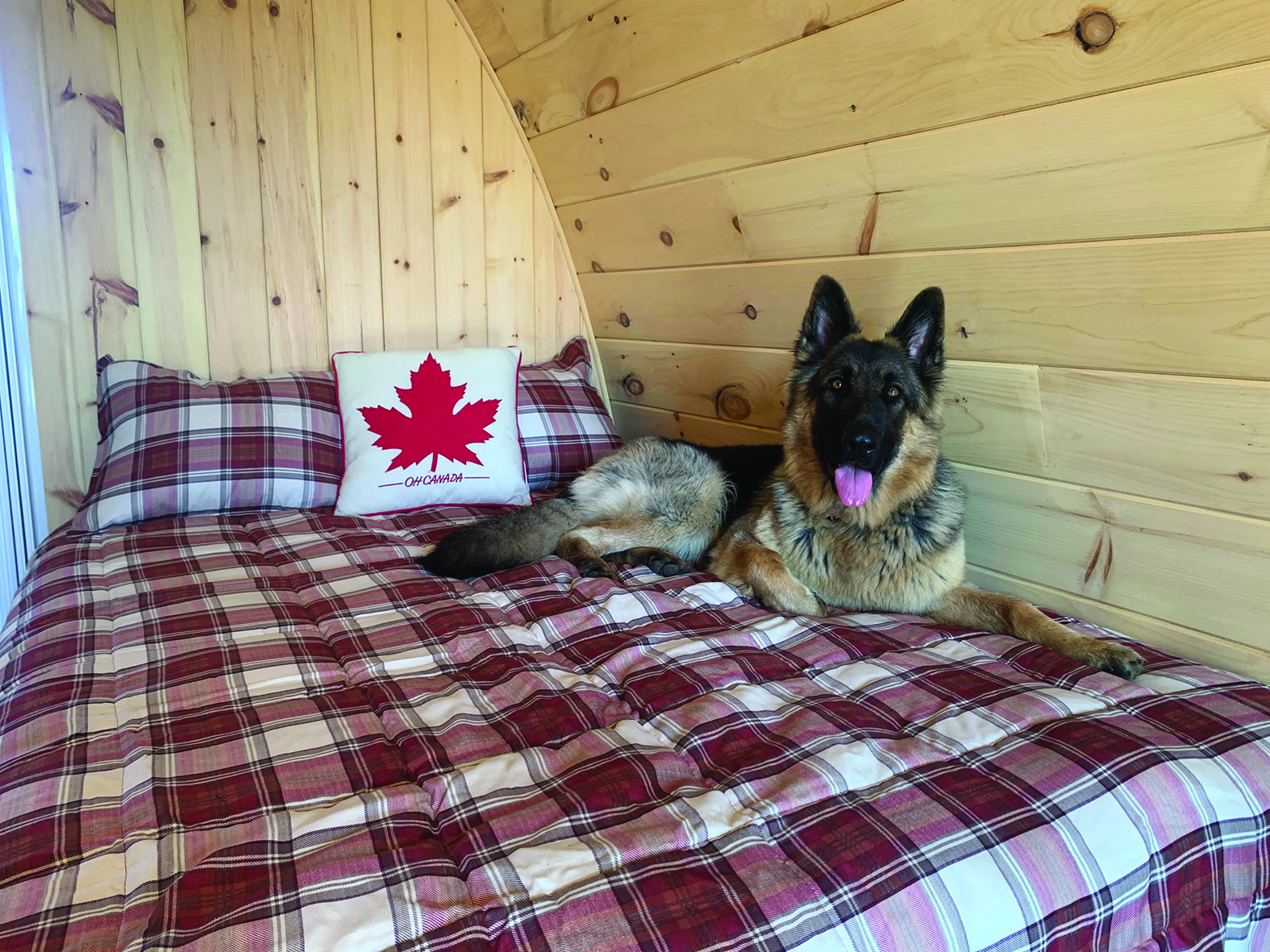 While the entirety of the province of Newfoundland & Labrador offers much in the way of beauty to behold, there’s something uniquely special about our rural regions

For staycationers and come from aways alike, Conception Bay North, Trinity Bay and the Baccalieu Trail region of the province of Newfoundland & Labrador offers just a little something extra for anyone looking to get away from it all while remaining a short hop-skip-and-a-jump away from city livin’.

In this special Come Home Year 2022 Discovering ‘Ome feature, we look at a few unique options when it comes to escaping the everyday.

It’s difficult to believe this spot exists, but take a little drive into South River and there’s a treasure to uncover: lobster pot shaped tiny – yet incredibly efficient – cabins nestled into the most quaint wooded area. It might seem like the middle of nowhere, yet it’s minutes from civilization – a great spot to rest while exploring the region. Visit Brigus and dine at The Quay Restaurant before returning for an evening nightcap by the fire or head out for a swim and some beach sunning at Salmon Cove before returning for a cozy shower and a late afternoon siesta – whatever your pleasure, it’s mere minutes from the most delightful home base: one of two brilliantly designed Lobster Pods!

On the day we discover these so-called Lobster Pods, the sun is beating down and the well-manicure yard invites one and all to immediately take part in a somewhat friendly cornhole toss competition. Owner Tyler Evans explained to The Herald that he launched his two Pods in the summer of 2020.

“It was that first COVID summer and it was scary, but the concept was definitely well-received,” he began.

There are times when confusion pops up, he added with a chuckle. The Pods are “tiny homes” with an emphasis on tiny.

“You almost have to see it to understand that there’s one space with everything in there that you’d need. It’s glamping, so camping taken up a notch,” he continued.

With showers and bathroom facilities uniquely tucked in well-designed corners, and comfy beds and a cooking/living space, these Lobster Pods have everything one would need for a get-away-from-it-all getaway, but one of the best features is the outside space. Dog and kid friendly, life in a Lobster Pod feeds like a nature-lovers dream come true.

“It’s a very good location on Hodgewater Line and even though there’s traffic at times, it really doesn’t feel like it. The trees are very tall and it’s very secluded.”

The Pods are literally shaped like a lobster pot, and the two Evans owns were from a design that has origins in the United Kingdom, but were built in Quebec and shipped to NL.  With two unique designs, Evans says there’s a Pod to suit any need.

“With families coming in, it’s great when people who know one another rent the pods as a group. There’s loads of space to do your own thing and have your own quiet time, but there’s great shared space possibilities there too,” he said.

Last year was a very busy summer with July and August being near capacity, and Evans is hoping for the same this summer.

“The Blueberry Festival is back and we are minutes from Brigus, so that’s hopefully a busy time for us,” he said.

Baccalieu Trail Brewing Co. is down  the road as well, and that’s been a draw for staycationers and visitors as well, he added. Evans – who spent the day before we arrived building the Pods latest fire pits – admits there’s many who are simply curious to check out his Lobster Pod venture. “People are excited to check it out. It’s definitely a word of mouth type of thing.”

What started as a mutual respect and admiration of one another’s offerings has turned into a business partnership. The two have collaborated on a new beer – an Irish Red available in their ‘Grab 4 and Explore’ pack that’s a must pick-up for any beer lover, but there’s more to this relationship as well. Many of The Quay’s amazing food offerings – from their best ever tasted hand-cut fries or their brilliantly designed charcuterie jars, to their decades famous cod chowder – are now available at the brewery, and Baccalieu Trail Brewing Co.’s beers are ready to be enjoyed at The Quay – a win-win for everyone, especially customers!

On the day we visit The Quay, we dig in. One of the many wins? Their  crab cakes, which come with a delightful  and touching story. But first, a little history.

“The original part of the building here was built in 1920, and it was the Bank of Nova Scotia and it closed in the 60s and the Hiscock family purchased the property and they were fish merchants,” Collins began.

Eventually one of the brothers, Dave Hiscock and his wife Joan, decided to open the Country Corner Cafe and Gift Shop, he continued.

The couple sold it in 2015 to another couple from Brigus who operated it until 2000. “That’s when we acquired it, and we upscaled the decor inside and out and did the same with the menu, but we keep some of the favourite dishes, like the cod chowder and the blueberry crisp – those recipes I say I inherited,” Collins said with a smile.

Another bonus he says he inherited? Some really great staff, and that was very important, he continued.

“We’ve been operating The Quay now for a year and a half and we’ve been lucky to maintain customers who have been coming here for 30 years. We’ve certainly attracted a new clientele as well by adding craft beer to the menu, and we’re getting a very broad demographic coming to the restaurant to check us out,” he added.

For the most part, he added, “People really like what we’re doing and the feedback has been great.”

Collins admits he never really had a dream to own a restaurant, though he admits to being ‘a foodie.’

For more on The Quay and Baccalieu Trail Brewing Co., pick up next week’s NL Herald! Plus, we visit The Doctor’s House Inn & Spa and meet Monty, the colour-changing Newfoundland Pony, and we drop into Iceberg Alley B&B!

Historic Cupids, where Canada’s first English colony was founded, has a professional classic theatre you won’t want to miss.

The intimate open-air theatre, modeled on Elizabethan playhouses from back in Shakespeare’s day, was listed as one of the top six most unique ways to experience Shakespeare in Canada.

Laurelyn Berry literally has the ocean as the backdrop for everything she does.

Not one to keep such a view or lifestyle to herself, she’s opened year round ocean front property cottages, aptly named Ocean Delight Cottages, in Whiteway and Long Point cove, Heart’s Delight-Islington. Tastefully decorated, these 4.5 star luxury oceanfront cottages offer everything one would need for the perfect getaway.

Stunning views – sunsets over the ocean included – and secluded fire pits that beg for roasting marshmallows or toasting with a beverage after a long day relaxing. Barbecue on the deck, watch the sunset, take a hike along the water’s edge; or simply enjoy the view.

“The best part is that I get the chance to meet some amazing people, and in that way, this never seems like work.”