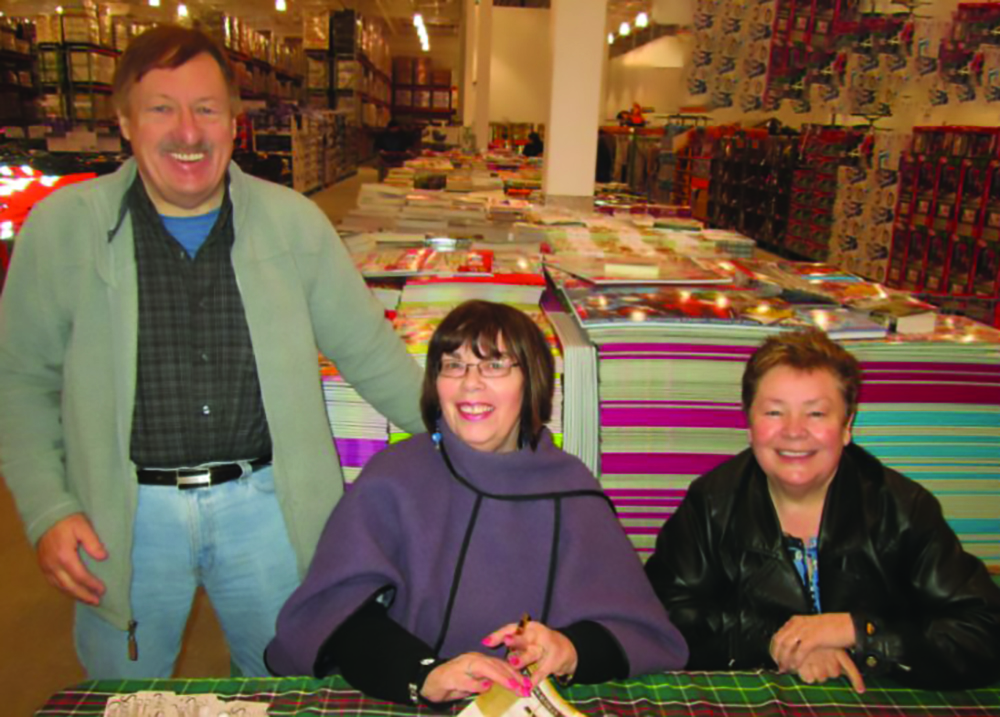 Nellie P. Strowbridge is a respected Newfoundland author who has published many books – her most recent being The Hanged Woman’s Daughter 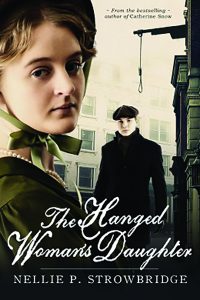 A direct sequel to Catherine Snow, The Hanged Woman’s Daughter explores the life of Bridget Snow – daughter of Catherine Snow – after her mother’s hanging.

Catherine Snow – one of the top sellers in Newfoundland – is back by popular demand, and a reprint with a new cover will be hitting shelves again.

In our interview with author Nellie P. Strowbridge, we wanted to find out more about the writer herself – who she is and what led to her passion.

Strowbridge says she wrote her first published poem when she was 14, but mentions her writing really took off after she started writing about Newfoundland later in her life.

“I lived in Toronto for almost 10 years … You need that distance to actually see it up close. When you’re here, it’s just commonplace – but when you’re away, you actually see the place in your mind.”

Strowbridge says that Newfoundland called to her while she was away, and what may have seemed mundane was much more interesting and appealing when she returned to ‘The Rock.’ 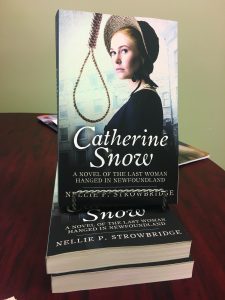 “I never thought I’d write about a fisherman’s daughter, but that’s how I wrote my first story, Widdershins, which I think won first prize in Newfoundland Arts and Letters (Story Awards.)”

Despite all of her writing over the years – and starting at such a young age – Strowbridge says it’s never seemed like a difficulty or chore for her.

Even though she’s published multiple books, Strowbridge says it’s never been about the money. She maintains that writing is a labour of love for her, and that writing has afforded her wealth in ways other than monetary.

“You write because you love to do it. And, of course, there’s some perks to it. You meet a lot of people, and you get a lot of good feedback from people who really enjoy your work,” explained Strowbridge.

“When you find that people really enjoy what you write, that is a reward.”
Strowbridge says there’s not a day that goes by where she’s disillusioned with writing or finds it’s gotten old.

“Oh yes, I love it – every minute,” said Strowbridge. “I guess when you think about it, clothes cover your body, but writing uncovers your mind and lets people know what you’re thinking and how you feel about things. I’d like to be able to inspire people to think about something in a way that they never thought about it before and feel good about it.” 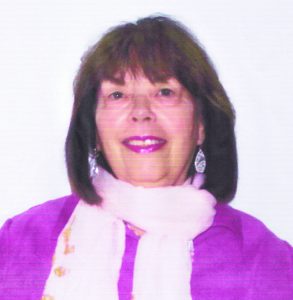 An example of this is her feelings on The Hanged Woman’s Daughter and Catherine Snow. Strowbridge says it gives Catherine Snow, who never had a real chance to defend herself and her innocence back in 1833 and 1834, a voice that she otherwise wouldn’t have had.

Interestingly, Strowbridge says that something about those two books in particular seem to invite strange phenomenon into her life. While signing books at Costco, Strowbridge was approached by a woman who had read her book – but she said the encounter was extraordinary compared to the usual.

“She came by and said, ‘Are you Nellie Strowbridge? Are you the woman who wrote the book? I’ve got to shake your hand.’ I don’t know if she was just overwhelmed that I’d written the story, (but) when she reached to shake my hand, it was just like an electric shock went through my body.”

She says it was an unforgettable moment. “I was thinking ‘Maybe she’s (Catherine Snow’s) descendant.”

Another example is when she was writing about the moment of Catherine Snow’s hanging, a cold wind swept over her apartment. Thinking nothing of it, she kept writing until a second icy gale crept over the floor.

Assuming a window was left open or that somebody had come in the door, Strowbridge investigated. Yet everything was closed and accounted for. Snowbridge maintains it was Catherine Snow watching over her, urging her on.

Whether it’s fate, chance, or a connection to ‘The Rock’, Snowbridge seems to be onto a series of hits with the tales of Catherine Snow and her family.