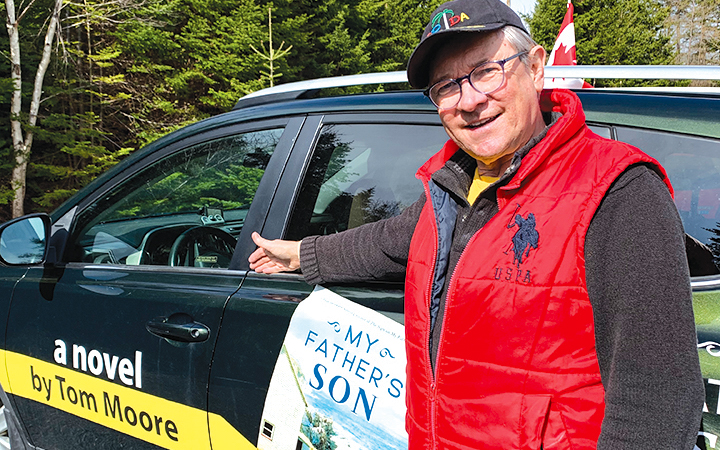 Tom Moore, an award-winning local author, has a new book — My Father’s Son. Moore has been a writer for over 50 years. His first novel, Good-Bye Momma, became a Canadian bestseller.

In 1994,  Angels Crying (self-published) became his second national bestseller and was required reading at schools of social work, including Memorial University.

In 2000, Ghost World won the inaugural Percy Janes award for best novel manuscript. His latest novel, The Sign on My Father’s House, won the NL Reads 2020 competition, and the Margaret Dooley Fiction award.

Moore is the only writer to win both the Percy Janes award and the Margaret Dooley award for fiction.

Moore explains he has always had a special passion for writing.

Moore says it took him just over two years to write My Father’s Son. He believes that this is his best book yet, explaining that all of the skills he has developed over the years have been put into this book.

“It picks up in a man’s life. He’s having a midlife crisis. He is a high-school teacher, which I have some familiarity with. He’s on the edge of a cliff and he’s thinking about his life and how the dreams and hopes he had from childhood haven’t really come to reality,” Moore said.

“He gets a call from the past, his ex-girlfriend. She calls him back to a new situation that’s brewing in his hometown. Where the oil company from North Dakota has come in to start fracking. It becomes an environmental question where his father, whom he [has] been getting along with pretty well, become reunited in a battle against a man called John Barron and his big oil company.”

“Besides entertainment it’s good if you can inform on areas that they may not be familiar with, for instance the environmental battle, for instance the rural-urban shift that most of Newfoundland is going through.”

Moore explains where he gets his inspiration for his novels.

“The things that I feel are important in life. Stuff that I think about when I get up in the morning. For me I think about how my life is going, is it good or is it bad. The people, the important people in my life, the relationships I have. Nature, Newfoundland, rural and urban all the troubles that we are having now are making its way into all of our writing … Life has got its complexities and we can show that in writing through metaphor and symbol,” Moore said. 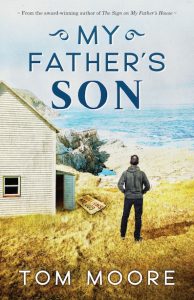 A SPARK IN THE READER

Moore says readers can learn a lot from his new book.

“I think a book should entertain. People like number one to be entertained; they like a book to lift them right out of their world. Besides entertainment it’s good if you can inform on areas that they may not be familiar with, for instance the environmental battle, for instance the rural-urban shift that most of Newfoundland is going through. I think third, if you can inspire. If you can spark something to make them say ‘wow’ and the hair goes up on the back of their neck. They read a passage you wrote and it moves them emotionally,” Moore said.

Moore shares his favourite part about My Father’s Son.

You can pick up a copy of Moore’s new novel My Father’s son on bookshelves and online beginning June 10th. You can also follow him on his Facebook page for updates.