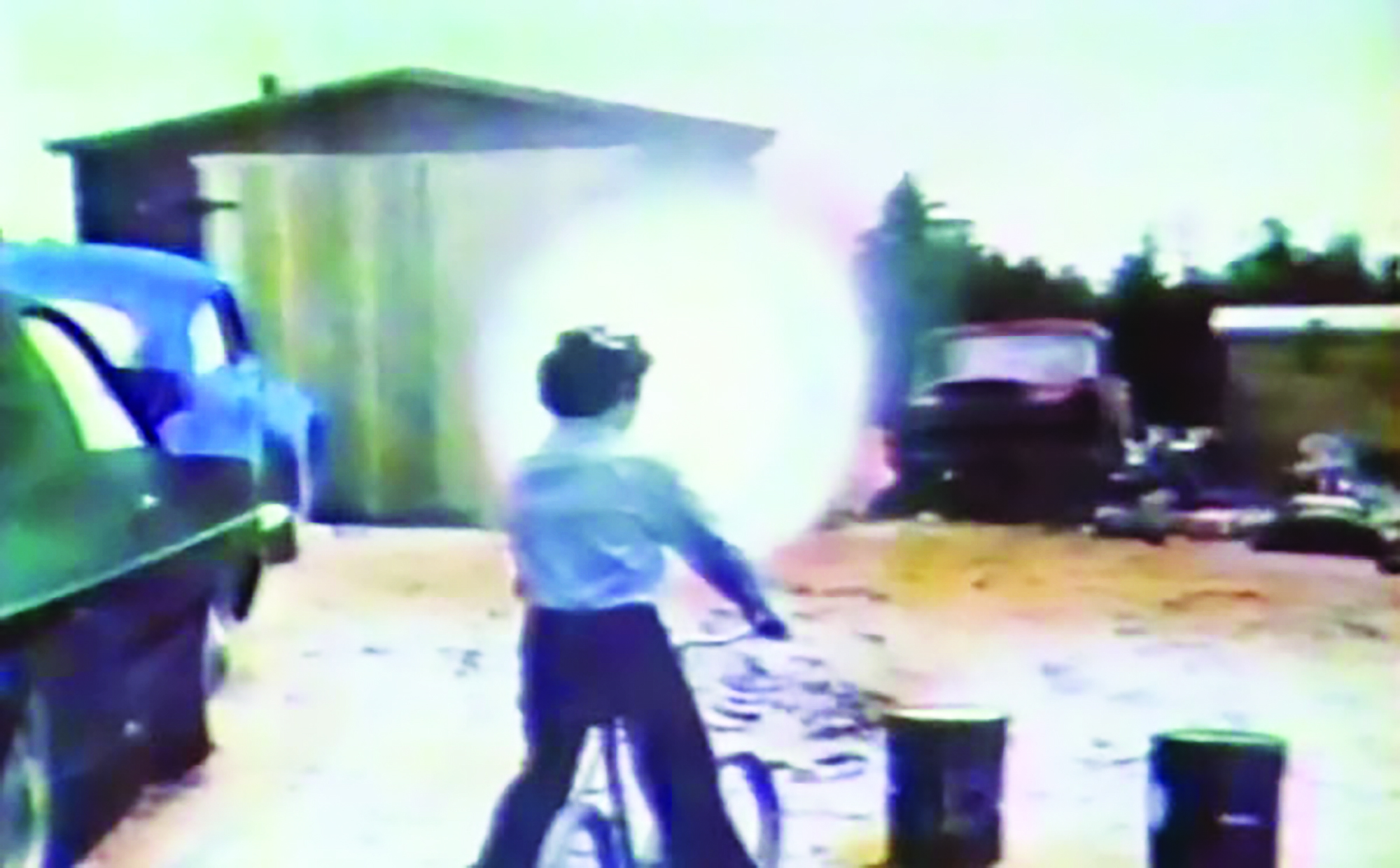 Perhaps it’s not a part of Sunday life as much as it once was, but ask any Newfoundlander of a certain age, and Sunday dinner was the highlight of any week.

Jiggs on a Sunday was such a staple that author Michael Crummey wrote effusively about it in his book, Hard Light.

One April Sunday morning in 1978, dozens of Bell Island homes were preparing to gather around the kitchen table when a loud noise permeated everything.

It sounded like lightning, but like no lightning anyone had heard before. Short. Sharp. And then gone.

Word of the boom travelled fast and everyone was soon fixated on one home in particular in Lance Cove, the picturesque community on Bell Island’s south east corner.

Jim Bickford’s home was the site of the commotion. There was no shortage of colourful and dramatic reportage.

“All the fuses flew out of the wall!”

It was 12-year-old Darin Bickford, who most everyone wanted to talk to. He saw the boom and the flash of light. Before long, his account was all over the news.

“I was outside riding my pedal bike, and I knew one of my favourite shows came on television at 11, so I was pedaling back home.

“As I approached the end of our driveway, all the birds stopped chirping, all the

dogs stopped barking. It just went so still. And then it was both. It’s like a shotgun blast, followed by a ball of light, and then followed immediately after, the second ball. The ground shook underneath me. It was the biggest noise I have ever heard in my life.”

Darin’s description of what he saw was filled with such vivid detail, that many felt like they were right there with him as this strange event happened.

“It was hovering off the ground when it appeared out of thin air and beautiful colours of blue made up most of the center of the ball. And outside of the blue, there was orange and yellow. Mixing together and then just like that! The ball of light just disappeared into thin air.

“I was terrified of what it was, but I was transfixed by it. This ball of light and the colours and the way it swirled around, it was as if you couldn’t help but stare at it, even though I was scared. It was all over in four or five seconds. But those four or five seconds are burned into my brain, just like a roll of film.”

One woman across the bay reported a beam of light slanting up into the sky from Bell Island, and several others on the island said they heard a ringing tone just before the boom struck.

Before long, Bell Islanders learned of the explosion being heard all over Conception Bay and beyond with some reports coming from 100 kilometres away.

It was “The Bell Island Boom.”

Homeowner Jim Bickford could scarcely believe it all himself.

“The fuses in the fuse box, these glass fuses screwed into the panel, they come out like bullets and went about 20-odd feet, the length of the hallway and buried themselves in the wall,” he described to reporter, Rick Seaward.

“It was a terrific explosion. I was standing (in my kitchen) when the fire came out about 18 inches across the table here. Straight and a blue flame.”

The chicken coop outside was demolished, and the chickens inside killed instantly. But as neighbours came to look around, a baffling set of three large holes blown into the ground were discovered.

As an adult, years later, Darin Bickford recounted the incident in 2010 for an

American program about strange phenomena. “A lot of people came, the media came, and the television news crews had me describe to them what I had seen myself. I remember saying, ‘I thought something happened to the world, someone dropping bombs or something.’”

Bell Islanders reported television sets exploding, electrical motors burning out. Fireballs from ovens. It all seemed too fantastical to believe.

Jim Fowler was a fire investigator in 1978 and he was called to the scene to investigate. After he sent his findings to the RCMP, they concluded that it was lightning, but the questions persisted. It was the age of the Concorde supersonic plane. Could it be responsible?

Add to that, the backdrop of the Cold War, and soon speculation began that this might have been some sort of secret Russian attack. Or perhaps the Americans were testing a kind of new super-weapon and it hit a target it shouldn’t have.

An early frontrunner in the search for answers was the very nature of Bell Island’s geography. Could the fact that the island is essentially a big pile of iron ore somehow have attracted this strange bolt from the blue?

The mystery deepened when scientists arrived from America, and according to a CBC report of the time, they were from the Los Alamos Scientific Laboratory, a nuclear research facility. The visitors were John Warren, a plasma physicist, and Robert Fryman, a weapons design engineer. Adding to the mystery, they “apparently” visited Bell Island in secret, avoiding official diplomatic channels.

“This ball of light and the colours and way it swirled around, it was as you couldn’t help but stare at it, even though I was scared.” — Darin Bickford

Whatever it was, the incident on Bell Island that fateful April day seemed to be the end of a series of “booms.”

Starting in December of 1977, sonic booms started being reported from South Carolina all the way up the eastern seaboard to New Jersey. The latest one was heard in March of 1978, and by then, U. S. President Jimmy Carter had the Office of Science and Technology at the Defence Department looking into it. Their report blamed supersonic planes bouncing sonic booms off the upper atmosphere. In the end, it wasn’t the Concorde, laser weapons, or anything quite so fanciful.

In 2010, Karl Stefan, a professor of engineering at Texas State University explained the event for the Discovery Channel. “The Bell Island boom sounds consistent with a Super Lightning bolt. Super lightning bolts are extremely rare, but freakishly powerful bolts of lightning. “Most lightning has a negative charge, however, about 10 percent or less of lightning bolts are positively charged and tend to land mainly at sea, hardly ever on land.

“When they do, strange things happen when those very large currents flow through wires that aren’t designed to carry them. Magnetic forces can cause nearby objects to fly like projectiles.”

So mystery over? Not quite. Stephan explained that, “the ball of hovering light sounds a lot like ‘ball lightning.’ Ball lightning is sometimes seen to form right after a lightning strike and it either disappears silently or it can explode. We suspect that it is an electrical phenomenon. It may be something that science doesn’t know about yet.” 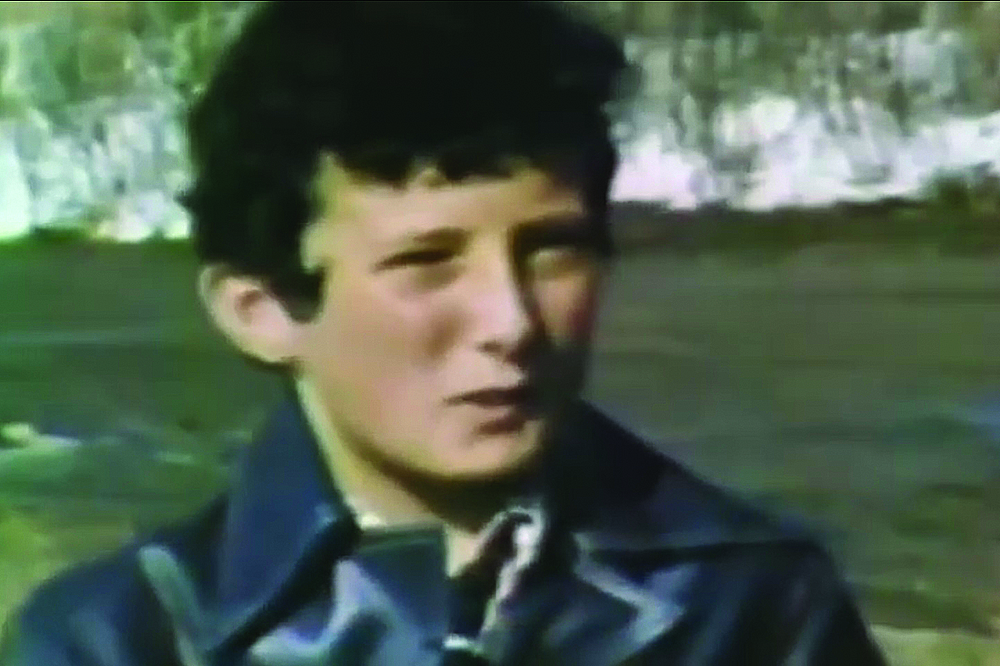 A final word goes to Brian Dunning, a science journalist and host of the Skeptoid podcast. “Bell Island would be the last place on Earth you’d expect to be rocked by a sudden shattering explosion and to this day, the exact cause remains unknown, but hypotheses and conspiracy theories abound.

“The Bell Island boom has become … proof of government tests of secret super weapons. However, there is no evidence to support the hypothesis that the boom was a man made weapon and all the pieces are in place that support its characterization as a freak lightning super bolt.

“I know there are popular tellings of the Bell Island story referring to the scientists, Warren and Fryman as military attachés, but they were both well-established scientists with publications and legitimate credentials.

‘I Saw it Happen’

“The truth is that they spoke quite openly with the media and with other scientists investigating Bell Island. Warren and Fryman had been tracking super bolts over the East Coast since December 1977, when they learned of the Bell Island boom and saw that it correlated with a rare overland super bolt.”

For his part, Darin Bickford, who saw the blinding blast, still doesn’t have his answers. “I guess I will probably never see anything like it again in my life,” he told the documentary crew from the Discovery Channel.

“Years later and I would still like to know, what was the ball of light that I saw? If it was lightning, how did it remain stationary and motionless in the air? How did it appear out of thin air and then disappear into thin air? Those things aren’t supposed to happen, but they do happen. I saw it happen.”