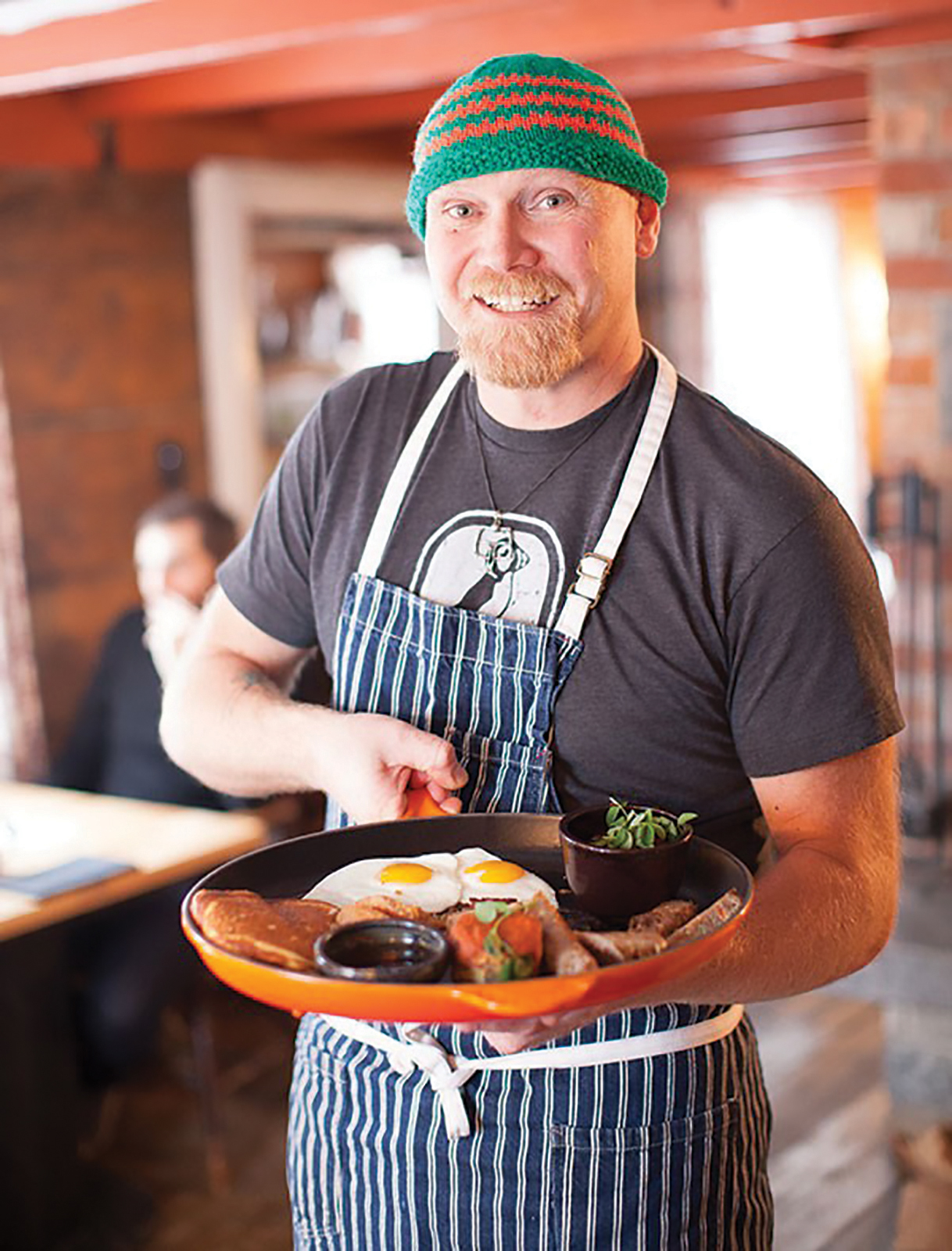 One of Newfoundland’s most celebrated chefs, Todd Perrin, joins the judge’s table for the Food Network’s exciting new series Wall of Chefs

Mallard Cottage’s Todd Perrin is no stranger to planning for Valentine’s Day, though as a chef it’s not often a day spent making his own romantic plans for two.

“I’m usually working on Valentine’s Day, but the thing I love generally is about sharing. Maybe a Caesar salad for two, Chateaubriand for two, or any dish you could share with a loved one. Sharing food is a great act of love, but whatever you like to do, do it with someone you love. That’s always the way to go,” he advises wisely.

Perrin, hands filled to overflowing with not only Mallard Cottage but with Waterwest Kitchen and Meats as well, can add another feather to his chef’s cap.

Having appeared as a contestant (twice) on Top Chef Canada, Perrin now proudly makes his debut as a judge on Food Network Canada’s newest series, Wall of Chefs.

The show, hosted by Carnival Eats’ Noah Cappe, features home chefs preparing meals under the watchful eye of world-class chefs with one grand prize of $10,000 at stake.

Wall of Chefs puts amateur cooks to the ultimate test as they battle in a state-of-the-art kitchen under the towering shadow and watchful eye of “The Wall” – comprised of a revolving panel of Canada’s most notable chefs, including Perrin.

We ask Perrin “to dish” on the experience. “It was a fun thing to do and it was good to be on the other end of things for a change. I’ve done a couple of things where I get judged, so this was nice for a change,” he shares.

So, what does he think he brought to the table? He pauses. “My view of food and my view of how someone can accomplish a task. And encouragement. I try to point out some things that each contestant did well and the things that they didn’t do well.”

His approach was all about striking a balance, he shared, especially because he was judging non-professional chefs.

“Judgment is a tough thing. You don’t want, particularly with home cooks, to be too hard on someone. But at the same time, it is a competition. So someone’s got to win the money. So you’ve got to take it seriously.”

We ask if he felt being from Newfoundland made his voice any more unique.

“Being a Newfoundlander and living here on the island, we’ve got a different take on things than people from other parts of Canada. For one thing, there’s our sense of fun. I tried to be as entertaining as I could and add a little bit of Newfoundland humour. I tried to inject who we are, and who I am, without affecting how I judged the food.”

Perrin emphasizes that he’s all about encouraging everyone to take a leading role in their own kitchens.

“One of the sad things about the world today is people don’t cook at home very much anymore, not like they used to. When we were growing up, our moms and dads cooked at home. That’s something that’s really been lost in some ways, though we’re kind of rediscovering it. So it’s always a joy for me to see people who do give it a go in the kitchen in their own homes,” he says.

And the contestants he judged on Wall of Chefs, what perhaps surprised him most was how prepared they were.

Perrin recalls when he first appeared on Top Chef Canada as a contestant.

“I was nervous. And I was a professional cook. I’d been cooking for years. And these guys come on, and they’re ready. They’re not nervous. They’re fired up because they’ve been watching food competitions on TV most of their life. They know what to expect. It was really interesting to see how prepared they were and that blew my mind, to be honest.”

We ask if he picked up any tips or tricks, anything he’d be bringing back home. He laughs.

“What I learned was the high skill level that some people have. And how the love of food is not as absent from home cooking as I had thought.”

He adds he was hit, “like a tonne of bricks” by the burden at times.

“Sometimes I feel the pressure, being on the judging side. You have to learn to give a critique in that kind of environment in a positive way and then make a decision that could affect someone walking away with ten thousand dollars.”

And, Perrin teases, judging other Newfoundlanders may have added an element of pressure, too. “I won’t say specifically if there were contestants from Newfoundland but I think everyone knows you can’t make great TV in Canada without Newfoundlanders.”

Now that the show is in the rearview, Perrin says he’s excited for the country to see what the other judges and the contestants worked so hard on together.

“I always work hard at whatever I do and I never turn down new opportunities that I feel I’ll be proud of.”