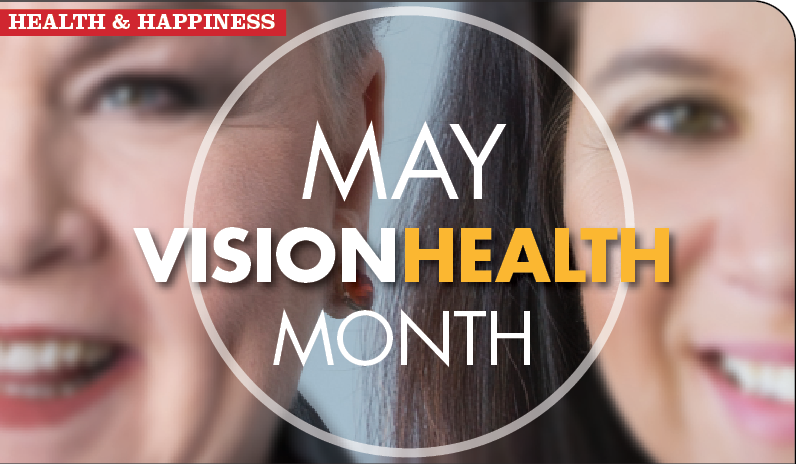 The eyes are the window to the soul, the saying goes, but truth be told, what allows us to see sometimes gets neglected. NTV’s Toni-Marie Wiseman and comedian/actor Mary Walsh have both had personal experiences worth sharing.

From macular degeneration (Walsh) to detached retinas and early-onset cataracts (Wiseman), these two powerful and talented women had near misses that could have had more challenging outcomes.

The pair joined forces to help spread the word for Vision Health Month. If there is anybody who can wake our 40-plus generation up about the seriousness of this problem, it is these amazing ladies as they share their personal tales.

One important message they both want to get out? Don’t wait! The waiting list that exists in healthcare to see an ophthalmologist or for cataract surgery is a long one. With what is going on in these pandemic times, it has only become more challenging.

Vision Health Month 2021 occurs in May with the theme, “Time to give your eyes some love!”

75 per cent of vision loss is avoidable and most eye conditions are treatable if they are caught in time. CNIB and the Newfoundland and Labrador Association of Optometrists (NLAO) are partnering to help Newfoundlanders and Labradorians learn how to protect their sight for life.

Research shows that most think because they see well now, there is no need for a comprehensive eye exam. Many of the leading causes of vision loss will not have symptoms. If you are 40-plus years old and have never had an eye exam, you could unknowingly be placing your eyes at risk.

Wiseman first started wearing glasses at the age of eight.“I have high myopia and it’s actually extreme myopia. A high myopia is considered about minus six. By the time I got my cataract surgery, I was minus fourteen-point-seven-five. So my optometrist’s office told me that there may have been two or three that they’ve ever seen that had worse vision than I had,” Wiseman began.

Seeing as her career required her to read the news from a teleprompter each night, that was pretty scary.

“TIME TO DO SOMETHING”

And while Wiseman is always the professional, her failing vision was being noticed. She sometimes stumbled over words she was reading and viewers commented. Some even sent in unkind messages. “It was time to do something. It was scary thinking my eyes had gotten this bad,” she shared.

Wiseman was actually born with cataracts. Because her eyes were “so bad” when it came time to have the corrective surgery, she needed to do both eyes at once.

“I had both eyes done at the same time, one right after the other. A lot of people have one and they go back six months later and get the other eye done. But because my vision was so poor, they said it would really mess me up if they corrected one eye and then the other was bad. My brain would just not be able to compute what was going on, if you know what I mean,” she shared.

As a career woman and a mom, there was much at risk. But she had the surgery and things were “incredible.”

But then something changed. Wiseman was reading the news and saw what she refers to as a “really big floater.” It looked like a bug crawling across the desk.

“I was about to read the news and I said to Michael Connors, who sits next to me, ‘My left eye, there’s something not right. I have a really weird floater. This was a big one. I came home, told (my husband), and I said, ‘I want you to take me to emerge. This is not right.’ I just got a weird feeling that this doesn’t seem right because you always hear with a detached retina that it’s like a black curtain hangs down over your vision. And this wasn’t that.”

Only it was. And the situation was urgent. Surgery, and some very specific recovery time and protocol, happened. If she hadn’t acted when she did, she could have lost her sight.

“I WAS FEELING FAINT”

Walsh’s story has a similar message; act! “I couldn’t see. All straight lines were bent. And at the same time, every time I put my head back or got up quickly I was feeling faint. I thought that the issues were related. So I finally went to emerge about the dizziness, which ended up being some kind of inner-ear thing. So that could have been the end of that, right? But as soon as I casually told them that all straight lines were bent they sent me right over to the ophthalmologist.”

Walsh explained she had macular degeneration and hers was “swift and severe.” She traveled out of the province for emergency surgery.

“They had to actually cut open my eye and deal with all the offending blood vessels because sometimes your body goes wonky and for some weird reason, my body thought it needed to put blood vessels in places that caused everything to go terrible. But knock on wood, I haven’t had any issues since,” she shared.

Both women go every year for an eye exam. But even so, the eye problems for both came swiftly.

“I’ve lost a good bit of my central vision because my condition was swift and severe. By the time I found out about it, I had already lost 40 per cent of my vision in one eye. There’s this injectable thing they use, and not only does it stop the degeneration, but sometimes it gives you back some of the sight that you’ve lost.

“So there’s things you can do. Macular degeneration is the leading cause of blindness in North America. Back in the old days, back when the earth was flat when people were getting old, they often went blind and they were going blind from macular degeneration. But today we can do something about that,” Walsh said.

Walsh and Wiseman both say they encourage everyone to have a yearly eye exam. More advice? Act quickly if you notice any changes to your vision.

Wiseman agreed. “Be careful. Pay attention. And act. Eyecare isn’t something to put on the back burner,” Wiseman added.

Walsh has the last word. “I’m not saying worry constantly, but take care of your eyes and realize that they’re so precious. They may be the most precious little orbs that we have, and so a yearly eye exam is key. Make that a regular part of your self-care.”