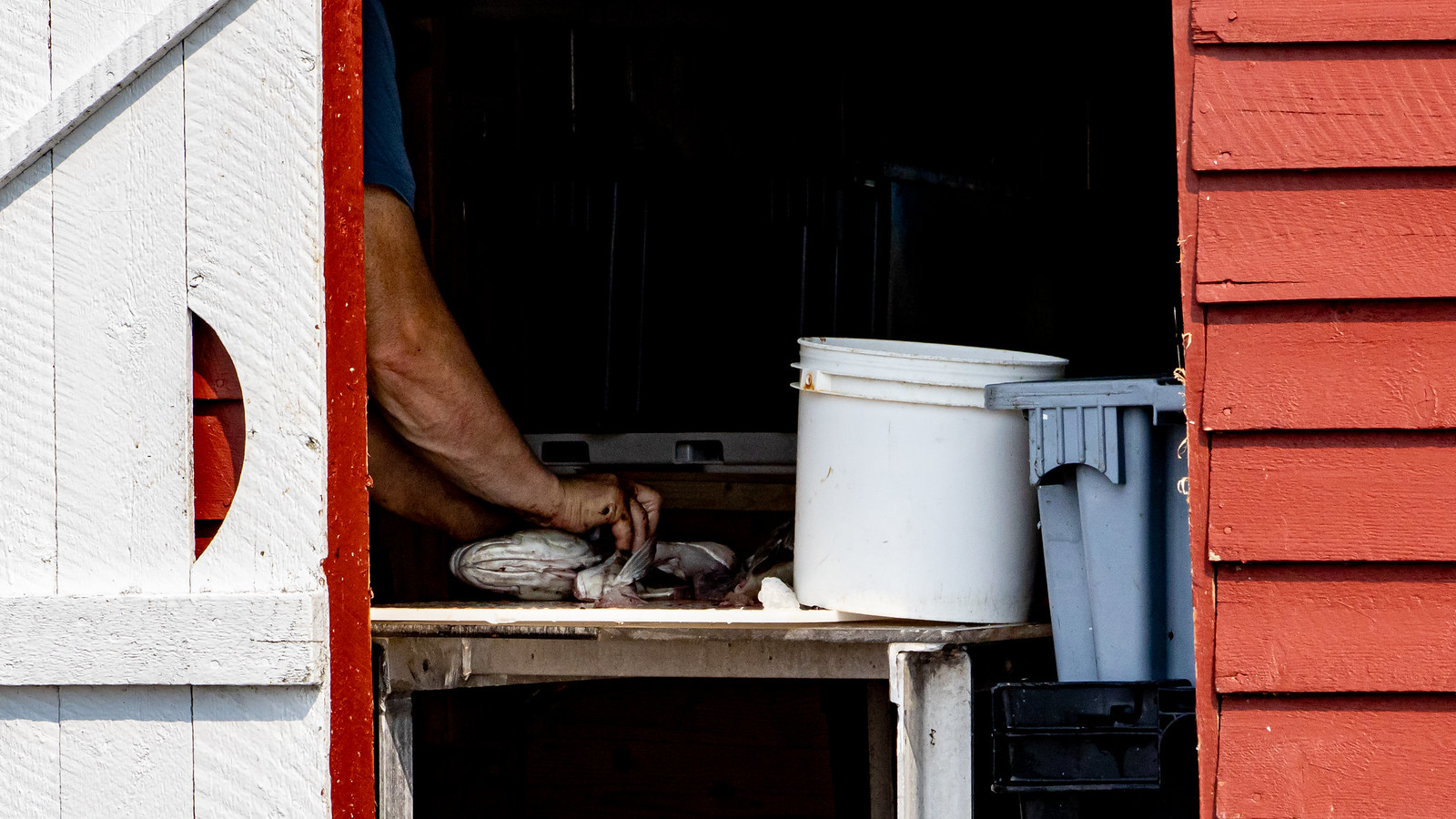 Town Councilor Andrew Pretty, who was front and centre in the Kimmel for Mayor story, has an enthusiastic itinerary planned for me and Michael Chubbs, our Social Media/photography guru. 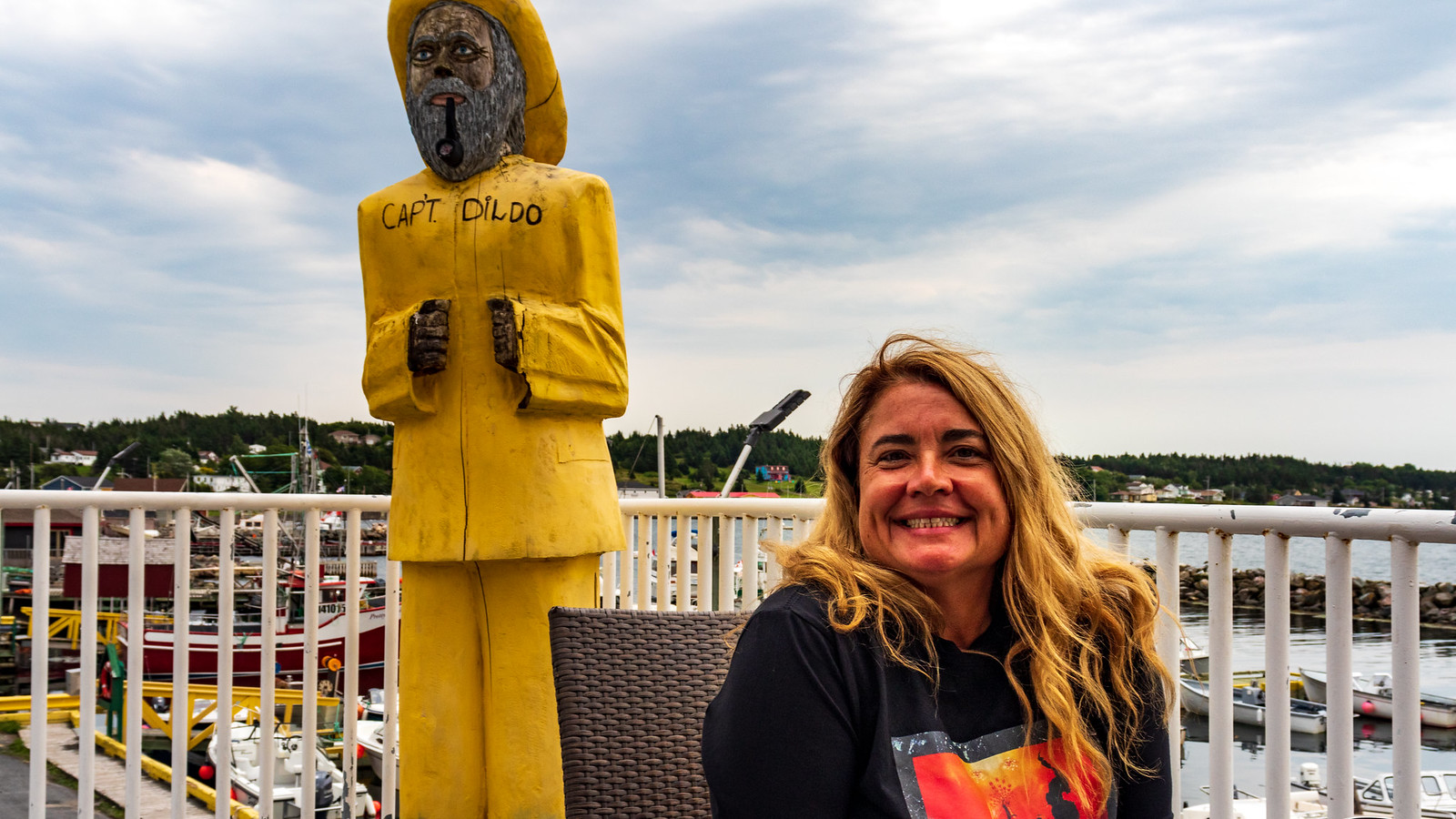 After an afternoon and evening of beer and battered fish, it’s time to head back to Tucked Away to relax on the spacious deck and to watch the friendly neighbourhood chickens and the resident rooster clown around the rustic rural property.

In the morning, it’s off to visit Todd Warren at George House Heritage Bed & Breakfast. Coffee and orange juice with a little kick is our first offering before Warren delivers a stunning breakfast of homemade treats.

25 years of love has gone into this historic property built in 1885 and Warren’s pride shows. Visitors return time and time again, and it’s little wonder as views of the harbour are second to none, with the front porch and garden area a delight to relax in. 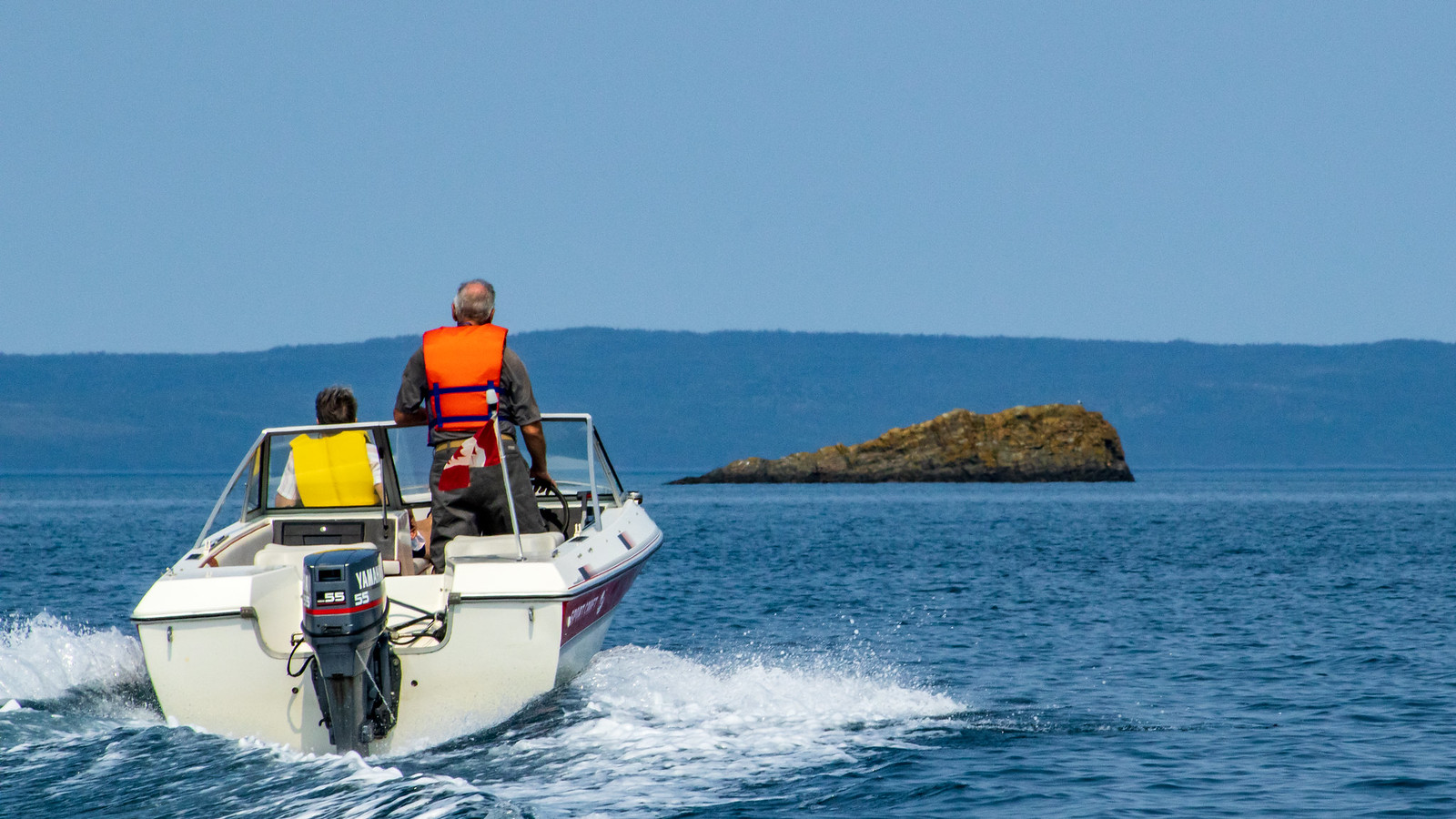 Pretty has his own thoughts on where the name originated. Bilbo, the Basque name for Bilbao which was the major city in the Basque Country of northern Spain, is one option. Somewhere along the line the ‘b’ was changed to ‘d,’ he surmised. 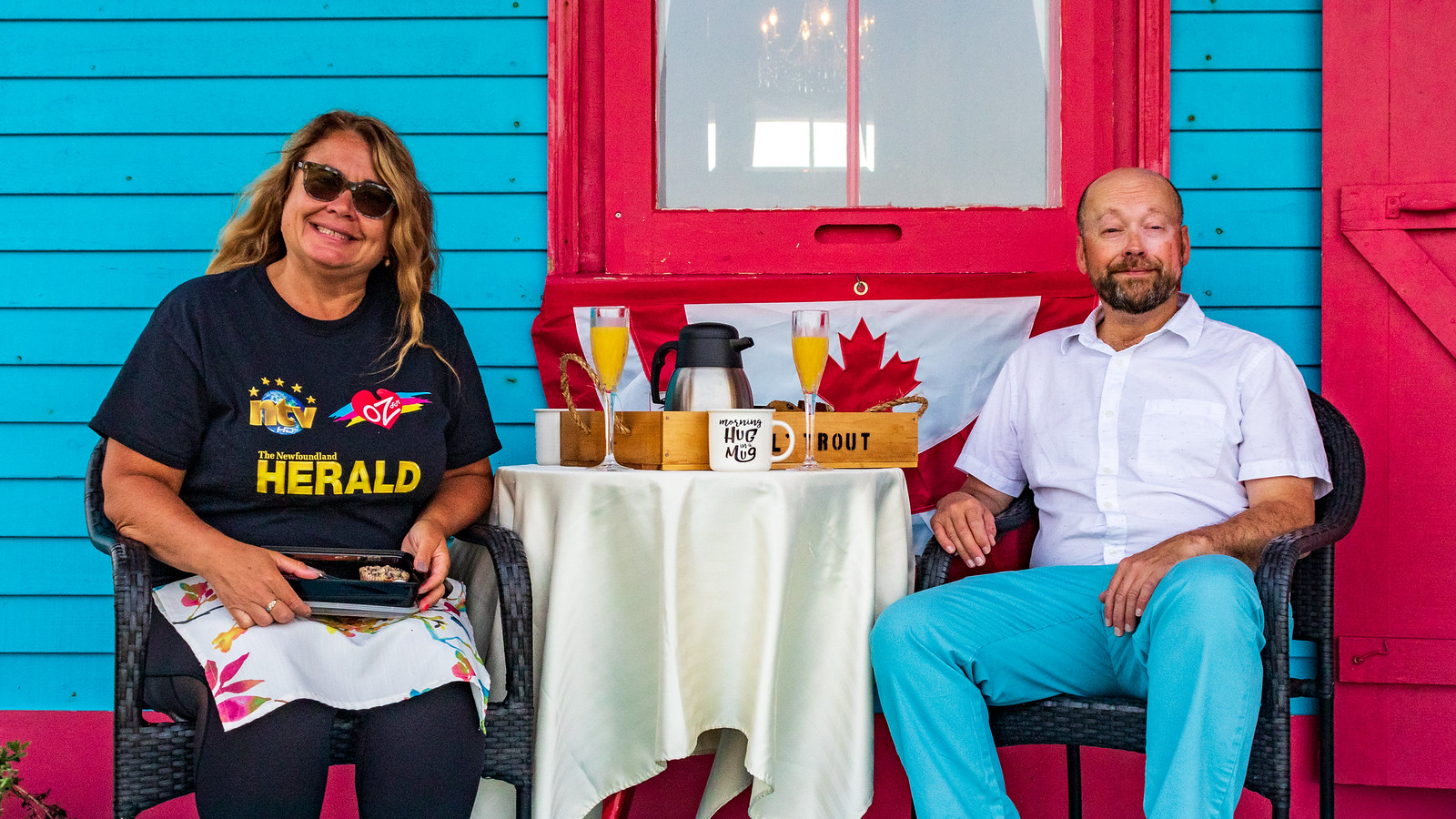 The couple moved here in 2019 following a short visit to the area while taking a break from their busy jobs and at times crazy life in Fort McMurray, Alberta.

“It’s been an interesting roller coaster ride opening a business during a pandemic,” shared a still upbeat Sanyal, who admitted the two made the decision to purchase their seaside home with the million-dollar view after an hour-long sit down in the Avalon Mall.

Their home, Trinity Paradise, is available as a popular Airbnb, and the couple share they love meeting patrons.

Dennis actually built the boat with his father and he purchased the family property back in 1992. The couple had been operating boat tours of the area for over 17 years, but four years ago they decided to convert the building into an inn and a restaurant.

“It’s been a rough couple of years with COVID, but meeting people is still the best part.”

“We take anywhere between six to 12 people and we get a commercial diver to come with us to dive for scallops and we have cultured steamed mussels. The diver goes down and we’ll prepare on the boat whatever he got in that bag; scallop, sea urchins – it’s all turned into a feast, and then we pair it off with some green salad and potato salad,” Paula explained.

While we can’t stick around to experience the sea with them today, we promise to return.

Our next stop is The Treasure Trove for a chat with Lynette Reid. From unique houseplants to whale-tale tablet/phone stands, Reid has a little delightful something for everyone. It’s Christmas all year ‘round at the Treasure Trove, but there’s also Fall delights to be picked through and discovered.

With Moonjelly handcrafted jewelry and Faith Greenhouses of Lewisporte offerings, there’s a little, adorable something for everyone to be uncovered. Plus, it’s the real spot to stop in for a yarn and to find out some local can’t-miss stopovers, like the legendary Blue Whale Lounge on the way out – or into– town.