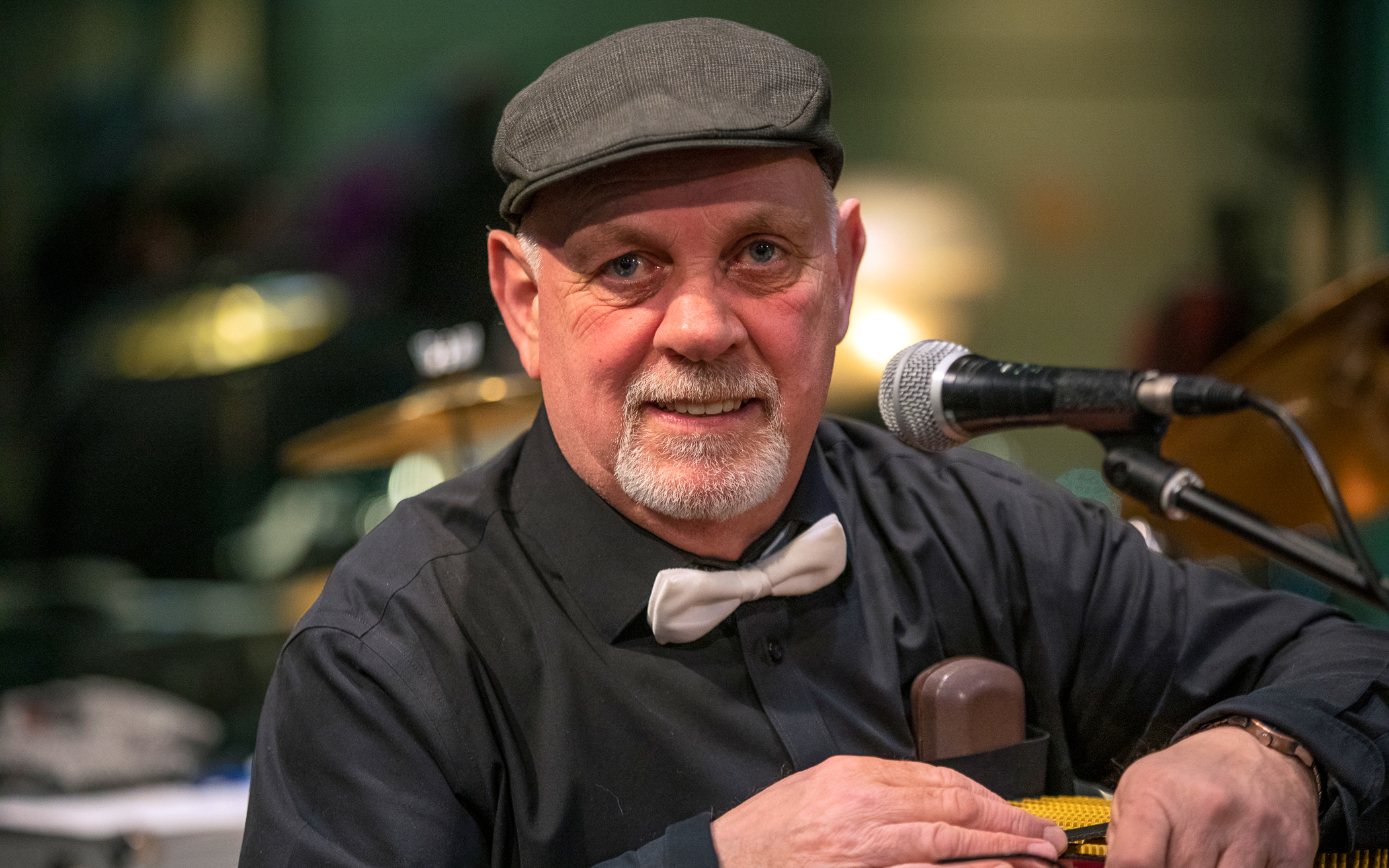 When you learn to play accordion from ‘His Nibs, Harry Hibbs’ himself, you know your way around a jig or two. Meet Paul Hamilton

When The Herald spoke to Paul Hamilton it was a Saturday morning and there was a pot of jiggs bubbling on the stove. Company was coming and Hamilton and fam were ready to feed the poppers-by before they headed back around the bay. Par for the course for someone like Hamilton.

Born and raised on Bell Island, he’s no stranger to offering a mug up or having a tune or two at the ready when company drops in.

The first time this writer saw Hamilton perform, he was playing accordion on stage with Bud Davidge.

The first tune he hove out of him? What else? The Mummers Song. That all started in 2018, Hamilton explained.

“I was really excited because I never, ever played on the big stage before. I’d done gigs in a club or something, but we played at Holy Heart and Eddie Coffey was there. It was the thrill of a lifetime for me,” he said of being asked to play with Davidge.

Then there was a tribute to Harry Hibbs. It was fitting that Hamilton participates in that.

“I wrote a song for ‘His Nibs’ because Harry used to come to my house growing up. He and Dad were good buddies and I used to sit there and watch them playing the accordion. They’d pass it back and forth.”

Leo Hamilton, Hamilton’s Dad, would never pass the accordion over to his young son, but one day they let the young gaffer have a go.

“I was five years old. I was sat on the floor and I was watching Dad and Harry play and I was there and Harry said to let me have a go and they passed it over and I played Wild Colonial Boy. I had learned just from watching them.”

After that, he never put the accordion down.

“I never stopped playing,” he said.

Hamilton makes sure others who want to learn the craft are able to. He’s been teaching accordion at Musically Inclined in CBS for 12 years.

Full disclosure: This writer’s 12-year-old daughter takes button accordion lessons from Hamilton, and it’s thrilling to hear the talented player and teacher say; “she has some fingers on ‘er.”

“Back when I knew Harry Hibbs, while I was into the accordion, it wasn’t the norm. Who would have thought that 12 year-olds these days would be lining up to take lessons? It is amazing how the young ones are still interested in accordion today. And (this writer’s daughter) Elia is one of them. She’s got really good fingers (for the buttons). And she also has a passion for accordion. I love teaching the young ones.”

We ask if he has any favourite songs to perform. There’s a few. Classics like Grey Foggy Day and Rose in her Hair are but two favs. Mummers Song and Music and Friends with Davidge are up there too.

Hamilton will be performing at the CLB Armory in St. John’s on May 15th and 16th. It’s a tribute to Harry Hibbs. Another tribute back in January at The Rooms sold out.

Hamilton thinks back on his career. While he plays with his band, Hamilton Sound, he’s had many incredible experiences. Back when he was 14 he used to play for tours on a tuna boat called Miss Molson. He performed on All Around the Circle too.

Hamilton’s song, Our Legend, Harry Hibbs, is one tune he wrote and recorded in honour of Harry Hibbs. Hamilton owns a debt of gratitude to Hibbs.

A special thanks to The Herald’s #ScenesofNL contest winner Alick Tsui for providing the photos used in this piece. To see more of Tsui’s work, check out his Facebook page, Instagram, Twitter, or alicktsuiphotography.com.

One thought on “Accordion According to Paul Hamilton”